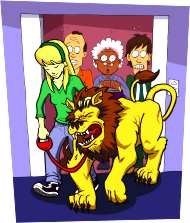 The house rules outline the do’s and don’ts of every co-op and condo community. By and large, these regulations are common sense directives aimed at protecting the safety of residents and generally keeping order without stepping on peoples’ toes. Few would argue with most house rules; ones that keep residents from setting up skateboarding tournaments in the lobby, for example, or testing the limits of high-end stereo equipment at three o’clock in the morning generally enjoy widespread support.

Occasionally however, a board will overstep its bounds and try to implement rules of dubious necessity or legality. Often this is done with the best of intentions—perhaps attempting to subdue the annoying tendencies of one renegade unit owner, or overzealously guarding the health of shareholders against imagined hazards. Well-intentioned or not, such actions can lead to frustrating enforcement problems or even unwanted legal entanglements.

Even in brand new buildings, house rules for condos and co-ops don’t just suddenly appear out of thin air. The sponsor of a new co-op or condo—typically the developer—includes a basic set of bylaws and rules in the initial offering plan, which can then be amended (or not) when the units are filled and a board is elected.

If board members find it necessary to make a rule that goes beyond what their bylaws allow, they’ll first have to amend the bylaws. In the case of co-ops, this requires the participation of shareholders. “Co-ops almost always require a super majority of two-thirds to three-fourths of all outstanding shares in order to pass an amendment to the bylaws,” says Bruce Cholst, a partner at Rosen & Livingston, a New York law firm specializing in cooperative and condominium law.

According to Cholst, who gives a lecture on rulemaking at the annual conference for the Council of New York Cooperatives and Condominiums (CNYC), obtaining the assent of shareholders is often easier said than done. “In my experience, typical turnout at shareholder meetings is 60 percent—and some people say it’s less,” he says. “So even if an amendment requires two-thirds majority, it still loses.”

Although shareholders and condo unit owners themselves typically have the power to propose amendments to their community bylaws, actions of that kind are relatively rare, says Cholst. More often, homeowners choose alternative means to affect their board’s governing style. Manhattan-based attorney C. Jaye Berger of the Law Offices of C. Jaye Berger says that “most people feel that the job of the board is to come up with rules. If they don’t like the rules, they get a new board.”

The Good Rules, the Bad and the Ugly

Assuming that a board isn’t facing an imminent shareholder or unit owner revolt, one of its main concerns should be making rules that are both fair and easily enforced. While no two boards may approach rulemaking in exactly the same way, Cholst suggests four basic guidelines to follow in order to make a good house rule.

“First and most importantly,” he says, “make sure the rule doesn’t contradict the board’s authority as laid out in the governing documents, so it’s not subject to legal challenge.” The last thing a board needs is to get dragged into court, spend a small fortune in legal fees, and see their rule nullified. Adhering to the letter and spirit of the bylaws should ensure a rule’s legality.

Second, “Don’t fix something that’s not broken.” Cholst says that while it may be difficult for a board to resist a do-gooding impulse, it should keep in mind that rules addressing non-existent problems—especially those that introduce additional restrictions—tend to rile up shareholders.

Third, “Fix only what’s broken,” says Cholst. “Draft house rules narrowly so that they address a particular problem that you want to solve…avoid sweeping too broadly.” For example, an epidemic of loud music should not be countered with a rule prohibiting the use of radios in individual units.

Lastly, says Cholst, “Don’t be too polite.” If a board doesn’t use firm, definite language in writing a rule, it could easily wind up with a toothless regulation that’s next to impossible to enforce. For instance, a rule stating that “Tenants should leash their dogs at all times” will have little power over a scofflaw if push comes to shove. On the contrary, “Tenants must leash their dogs at all times” forcefully and effectively conveys that there’s no wiggle room.

Good rules pertain to apartment alterations, renovations or general safety, or regulate logistical matters like the delegation of parking spaces and how those spaces can be used once doled out. “For example,” says Berger, “you might have a rule that says you can’t store hazardous substances in a parking space.” Bad rules needlessly restrict what tenants or shareholders can do on common grounds and have little to do with providing safety or preventing nuisances. For instance, says Berger, “Boards should veer away from arbitrary rules, like saying you can’t set up chairs and sit in front of a unit, or sit on the steps.”

Not all rules are cut-and-dried; a rule that’s perfectly reasonable for a common area can turn bad in a hurry when applied to individual units. Smoking, for instance, is often prohibited in the shared spaces of co-op and condo buildings, and most folks accept such regulations, even if some do so grudgingly. But movements are afoot in many parts of the country to ban smoking even within individual units, and these efforts are as controversial as they are well-meaning.

According to Cholst, “The legal community is very divided on the enforceability of such rules…at least half of bylaws say that boards have the power to enact only ‘reasonable’ house rules. And my gut reaction is that even when the bylaws don’t require reasonableness, I think a court would say there’s a limit to the board’s power in that regard.”

Berger agrees, citing the difficulty—if not impossibility—of restricting what someone does in their own apartment if it’s not demonstrably dangerous to the neighbors.

Of course, boards can’t create rules for every possible circumstance—and what’s more, they shouldn’t try to. Al Volpe, vice president of the Federation of New York Housing Cooperatives and Condominiums (FNYHC) and treasurer of his co-op in Queens recalls an episode where a new resident moved into an apartment on a lower floor of one of the co-op’s three buildings, and immediately had beautiful wood floors installed. “Then she rolled up the old carpeting, and threw it off her terrace!” says Volpe. “Now, we didn’t have a rule covering that—but it’s obviously a violation.” Volpe’s board met and agreed to charge the resident a fee for removal of the carpet. “When the rules and regulations don’t cover something, you’ve got to use your good judgment,” he says.

Sometimes, rulemaking and enforcement is complicated by the size of the community. Mary Ellen Goodman, a Manhattan shareholder, lives in a building with only 14 units and very few hard-and-fast rules. An incident in her building a few years back proved that serious problems can arise for everyone when a resident acts without the approval of fellow members.

“Against our express disapproval,” Goodman recalls, “one owner put a Jacuzzi and a hot water heater in his unit. As we predicted, it cracked the exterior wall—not seriously, but still—and drew hot water from his neighbors. When he went to sell, we refused to approve a buyer until he removed the Jacuzzi and the heater, and he did lose his first opportunity to sell. He threatened to sue for the money we had cost him, but his own lawyer said he had a poor case. So he undid the offending items, sold and moved away.”

For the most part, house rules operate much the same way in condos as they do in co-ops. Rules regarding quality of life, move-in/move-out, alterations, and the use of apartments and common areas work similarly in both types of communities. According to Cholst, the real difference lies in the way condos and co-ops can enforce their rules:

“In a co-op, the board is the landlord and the shareholder is essentially the tenant. In a condo, there’s no parallel landlord-tenant relationship. Co-ops have more leverage than condos in enforcing rules, as they have the power to sue for eviction; in a condo, eviction is no remedy.”

While most condo boards have the power to levy fines, their most muscular means of dealing with problem owners, according to Cholst, is to seek an injunction in court—though it can be an extremely expensive and often fruitless recourse. “Judges hate those kinds of cases,” says Cholst. “A board is not a particularly sympathetic plaintiff, and no judge likes to get involved with such trivial matters” as house rules squabbles. Still, in the case of a chronic rule breaker, a condo board could ask a judge to establish a security fund into which the unit owner would pay to cover penalties.

Co-ops have more power, as well as more flexibility in dealing with rule breakers. Short of eviction, a co-op board can levy extra maintenance charges against shareholders, or revoke privileges like parking spaces and use of common space like roofs, “even if they’ve built a deck or a barbecue” on it, says Berger.

As to the degree of enforcement, boards can be too shy as well as too strict—particularly when it comes to renovations, according to Berger. “Shareholders may be ignoring rules pertaining to renovations, and boards need to push the point,” she says. If a board moves too slowly to approve the designs drawn up by resident shareholders or unit owners, its silence might be perceived as approval. “If you let the people go ahead and start construction without approving their design, you’re going to cost them a lot of money when you go to stop them. It’s not fair to them.”

Calling in the Cavalry

Although it’s generally in the best interests of all parties to use litigation only as a last resort, sometimes it is absolutely necessary. “Every board has a different threshold,” says Cholst, “but when an attorney can, in good faith, persuasively prove a true threat to health or safety, a board is more likely to seek and get an injunction.”

Still, there’s one approach to conflict resolution short of involving an attorney that could yield happier results for everyone: professional mediation. Says Cholst, who estimates that 80 percent of mediated cases result in amicable resolutions, “It’s a remedy that for some reason has never gotten, in my opinion, enough support from the condo and co-op community.”

Whatever your board’s particular approach to rulemaking and rule-breakers in your building, the refrain echoed by the professionals working in the field seems to be that less is more—a sound, rational set of fair and enforceable rules is preferable to a long list of rules created willy-nilly without consideration to how they will affect the building and its residents long-term. Thankfully, in most cases boards need do little other than use restraint and sound judgment to keep from making the kinds of bad rules that they might later regret.

Shek Baker is a freelance writer living in Brooklyn.