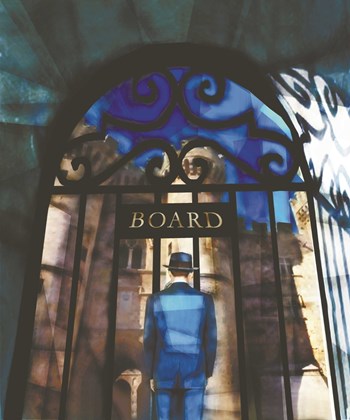 We all know the feeling—whether we encounter it trying to navigate the city bureaucracy, dealing with a far-flung credit card call center, or trying to resolve an issue with our cable box: the feeling that we’ve got a legitimate problem, and the people who should be listening simply aren’t.

The same thing happens all too frequently in co-op and condo buildings. A resident has cracks and leaks as a result of a building renovation project, or an ongoing issue with a neighbor, or a question about the building’s finances, and he or she calls the property manager or sends a note to the board, and…nothing. No acknowledgement that their request was even received, much less given any attention.

An unresponsive board usually tops shareholder/owners’ lists of building peeves—but with a few adjustments and improved communication, it need not be a problem in your building.

Is This Thing On?

Most board members would agree that they want the best for their building, and have the interests of their residents in mind when executing their various boardly duties. So what leads to boards being unresponsive?

“Sometimes politics comes into play more than anything else,” says David Khazzam, a managing agent with PRC Management in Manhattan. “[A few months before the annual meeting] you might have combative shareholders or tenants posing questions just for political reasons: ‘Why isn’t this being done?’ ‘Why isn’t that being done?’ So board members become cautious in how they answer questions.” Khazzam adds that board members are also human, and what comes off as high-handed or uncaring may actually have more to do with not wanting to upset a neighbor—not that it makes being given the runaround any less frustrating, of course.

The result of an unresponsive board can cast a negative atmosphere over an entire building community.

“[It can] result in a slowly but surely rising sentiment that the board is not responsive—or is even hiding something,” says Andrew Hoffman of Hoffman Management in Manhattan. “Constituents start to not trust the board, and come the annual elections, you have turmoil because everyone comes to the annual meeting looking for answers, and they already have a mistrustful feeling toward the board.”

In addition to the human elements involved, most industry professionals point out that in many cases, a request made of a building board that seems to have been blatantly ignored may simply have been sent to the wrong place. Contrary to what many shareholders and unit owners believe, it’s not the board or board members who are the first in the chain of command when somebody has a suggestion for how to improve a building amenity or needs a copy of their proprietary lease.

For mechanical, structural, or service-related issues, it’s the building super or maintenance person who should be the first to know. For administrative issues like billing and questions regarding house rules, it’s the managing agent—not the board president, even if you live two doors down from him and see him in the elevator every morning.

I’ll Get Back to You…Eventually

But say you do it the right way, and leave a message for your managing agent about the unexpected, unexplained increase on your maintenance bill, for example. The bill is due, and you don’t want to pay it late, but after leaving a message on Monday and another on Thursday, the weekend is here and you have yet to get a call back.

This all-too-common scenario is another communication glitch that bedevils both residents and managers. Property managers may have multiple buildings in their portfolios—they’re busy people with constant demands on their time. On the other hand, it’s their job to field questions and provide information. So how quickly should managing agents be expected to respond to a shareholder’s question or request?

According to Khazzam, two to three days. This does not mean the problem has to be solved in two to three days, but it communicates to the shareholder that their concern or request has been heard, and is being seen to.

“Everything needs to be responded to,” Khazzam stresses, “even if it’s a recurring question from a chronically disgruntled shareholder. You have to follow proper business protocol, whether or not you like the question—or the person asking it.”

If a week or two passes with no acknowledgement of your question or complaint after repeated calls to your individual building manager, it’s still not time to take it to the board—there are other, more appropriate avenues to try first. For example, if your manager isn’t responding to a reasonable question or concern, it may be time to speak with the manager’s supervisor at the management company itself.

Steven Greenbaum, director of property management for Mark Greenberg Real Estate in Lake Success, says his agency has a system that guarantees a written response to shareholder questions.

Put it in Writing

When you do that, management pros almost universally recommend putting requests, suggestions and complaints to your manager and/or board in writing, rather than simply leaving endless voicemail messages or relying on a brief conversation in the lobby.

According to Greenbaum, putting these things into writing—either as a letter or in an e-mail message—allows shareholders to express themselves, gives one board member a written communication that can be shared with other members and the managing agent. Perhaps most importantly, it acts as a record of the communication. Today, many residential managers say that sending them an e-mail is the quickest way to guarantee a response.

Even if you’ve been extremely frustrated over your building manager’s apparent lack of concern for your problem or situation, there are a few things that it’s really never okay to do in the quest for satisfaction. For one thing, regardless of the issue, it’s generally a bad idea to corner your board president or treasurer in the building elevator or laundry room and start lobbing questions or demands at them.

According to Hoffman, it may be helpful to put yourself in your board member’s place for a moment and think about how you’d feel if a near-stranger strode up to you in your home and started cross-examining you. “The building is home for the board members as well,” he says, “and you should respect that. It’s inappropriate to stop a board member in the lobby of your building with a personal issue. It happens all the time, but it’s confrontational.”

And it’s invasive, adds Khazzam. “Board members are usually all volunteers. They have enough of their personal time vested in dealing with the management company and running the operations of the building.”

Greenbaum also discourages personal confrontations, and says that such tactics do little more than contribute to board member burnout. After all, there are limits to what a board should be expected to deal with. If someone keeps asking the same question, even after getting the same answer two or three times, most pros agree that it’s time for the board member to let the shareholder know in a firm but still friendly way that the issue is settled and no longer open to discussion or debate.

Khazzam agrees. “If he’s just asking again because he doesn’t like the first answer,” he says, “you can simply say, ‘Please refer to the managing agent, because we’ve answered the question. Although you may not like the answer, it is what it is for now, and these are the reasons.’”

It’s not always frustration or combativeness that prompts residents to commit communication faux pas. People can inadvertently or unknowingly contact board members at bad times because they simply don’t know the proper protocol and don’t realize that board members aren’t necessarily experts on how their building runs. When the boiler goes on the fritz at 11 p.m. on an icy night in February, says Greenbaum, many shareholders will immediately call a board member, rather than the super or manager. It’s not the board member’s responsibility to fix the boiler, and he or she may be sleeping—but they’re still the ones who get that urgent call in the dead of night. “I’ve heard things like that a million times,” he says.

One of the best, most effective ways to avoid residents feeling as though they’re shouting into the wind when it comes to being heard by their board is to adopt a policy of open communication and stick to it.

“If you’ve been communicative throughout the year,” says Khazzam, “you’re not going to have disgruntled shareholders at the annual meeting—you can just run your meeting, because everyone’s questions have been answered as they came up. There’ll be people for and against the board, but if you’ve been communicating, people can vote based on what the board has done. You don’t want to go into the annual meeting having completely blocked yourself from the shareholder population and have it become the one forum where intricate and not-so-intricate questions are asked.”

It’s also important for the board and manager to communicate well with each other and make sure no resident’s issue or question falls through the cracks. Greenbaum says it’s incumbent on the managing agent to let a board know when it isn’t doing things well—including when it isn’t responsive to the wants and needs of its shareholders.

“The managing agent’s primary responsibility is to bring to the board’s attention its options, its choices, and the knowledge with which to make a properly informed decision,” he says. “So if we feel the board is not communicating enough, it is our responsibility to make sure the board realizes that.”

Ultimately however, it’s up to the board to decide how open and available its members will be to the rest of the building community. If the board’s decision reflects the wishes and expectations of the majority of shareholders and unit owners, then it’s likely that complaints of unresponsiveness and frustration over being stonewalled by absent or uncaring board members will be minimal. On the other hand, if the board takes an adversarial, information-only-as-needed stance and pits itself against the larger building community, chances are that board won’t last very long.

Regardless of the circumstances or setting, we all want to feel that our questions, concerns, and suggestions are taken seriously by the people in charge. When they’re not—or when they seem that they’re not—the result is frustration, irritation, and ultimately anger, all of which can have a corrosive effect on a building community. To avoid such negative influences in your building, the answer is simple: treat your residents’ concerns as you would like to have yours treated—promptly and professionally.

Hannah Fons is associate editor of The Cooperator. Additional reporting by Anthony Stoeckert.