The offices of Benjamin James Associates, a 60-broker real estate firm in downtown Manhattan, look nothing like the typical brokerage firms dotting the city. No signs outside the old Broadway office building near Union Square announce the presence of this agency which did over $60 million in sales last year. Benjamin James' second floor office is housed in an open, loft-like space with high-tech lighting and the noise of constantly ringing phones. The brokers, many of whom have other careers, such as the theater professor from New York University, the actors and the fashion designers, are described by their boss, James Ferrari, as having a "great flow of energy" between them. Then there is James Ferrari himself - a strapping, former male model with no real estate background who, after a few years of a successful career on runways and in magazines, used his own savings to build what is now becoming a major full-service real estate brokerage firm in the city.

James Benjamin Ferrari (hence the Benjamin James) studied philosophy, political science and the humanities when he attended Hunter College during the late 1980's. He describes himself at that point as "anti-business" and when he graduated from school, mutual friends introduced him to Frances Grill and her family, who ran the Click modeling agency. Ferrari spent the early 1990's modeling on runways, doing print work and appearing in the pages of Vogue and Cosmopolitan. "I enjoyed it for a couple of years," the 36-year-old Ferrari recalls. "I was able to travel and make unusual amounts of money for someone my age." For Ferrari, however, the modeling life was not one he wanted to live. "After a while it started to bother me that there was no charge or challenge to the work," Ferrari says. "I had been living in Paris, "Ferrari remembers "and came back to New York to live. I went out with a real estate agent to look for an apartment and it occurred to me that I could do this." Ferrari says that he never had any interest in the real estate business before that excursion; he ditched the broker, found an apartment for himself and began a career working at a series of small real estate agencies as a broker. "It was much more interesting to sell apartments than to sell my physical self."

During the recession in 1993, Ferrari started Benjamin James Associates, featuring rental apartments as the "hub" of the business. "Our original location was Union Square," Ferrari says. "What I did was build strong relationships with landlords in a bad economy." According to Ferrari, those relationships have been so good that the landlords have been faithful to him during the up-cycle of the market, sometimes giving the firm a direct connection to sponsor apartments. In turn, this offers wonderful opportunities for Benjamin James clients. Equally helpful to Ferrari was the hiring of an "eclectic, authentic and multi-faceted group of agents" who are "fiercely competitive." Invaluable help has come from friends in the fashion business, where relocations of models and industry professionals is a constant in New York City. "We try to do the best we can for every client we have," says Ferrari. "We service them, educate them and, if we can't help them out, we don't hurt them. We try to be extremely helpful in a rough and tumble market."

Up and Coming Co-op/Condo Broker

Over the past few years, Benjamin James Associates has become more involved in the co-op and condo market. Ferrari feels that the Real Estate Board of New York (REBNY) has been extremely helpful in the transition of the firm from mainly rental deals to sales of apartments and townhouses. "REBNY provides the brokers with a code of ethics and gives me the opportunity to meet other people in the business," Ferrari states. "I wouldn't have gotten where I am without REBNY." An unusual aspect of the firm, Ferrari mentions, is that the firm's agents are allowed to both rent apartments and sell co-ops. "Rentals can be a source of immediate cash flow to the brokers and gives them the luxury of more time to sell apartments." The firm's agents like working in the smaller atmosphere because "many people don't want to work in an agency of 400 people." Ferrari feels that they like the "direct access" they have with him as principal.

As the owner of the company, Ferrari is mainly in the office, monitoring the business. An outside role he plays, however, is pitching the firm for exclusive sales of apartments or entire buildings. An unlimited marketing budget is a sales tool Ferrari uses when trying to get such an exclusive. "I can decide on what kind of budget gets spent on an apartment. Decisions are made without checks and balances."

Benjamin James has an additional office in Soho and, although the firm "covers all of Manhattan," says Ferrari, "since we are physically Downtown, the crux of our business is below 57th Street. There's a strong demand for Downtown space and a big interest in lofts." One of the firm's brokers has been extremely successful in settling United Nations delegates into apartments; these are "niche" clients and the firm is happy to accommodate them.

Ferrari's business interests do not end with Benjamin James Associates. Although Ferrari considers the firm his "9 to 5" job, he is a part-owner of Chelsea's Blue Velvet Boxing Club (which is in the process of being relocated) where Evander Holyfield, Roberto Duran and Prince Naseem Hamed have worked out and where Daniel Day Lewis did most of his training for his film, "The Boxer." Ferrari is also an investor in a Chelsea lounge called "G," which he considers to be "entirely rewarding from an investment point." Plans are being made for possible new ventures, including a daytime spa and a Downtown restaurant.

Though exposed to the fast life of modeling, Ferrari admits to getting a "tremendous buzz from juggling and troubleshooting," but he considers himself a serene and calm person. He shares his life with his girlfriend of two years, Sarah Court, a freelance writer. The two live in a 22nd Street townhouse with their "treasured" Rhodesian Ridgeback dog.

Weekends and summers are spent in "Bellport, a wonderful, little town with access to the ocean." The couple have just sold their original home in Bellport, but are living in it for the next few months as they renovate a 90-year old house they've recently purchased.

The remodeling of the new Bellport house is Ferrari's current passion. He holds little interest in modeling himself, yet he was recently asked to represent the male fashion company Zegna in their ads. Ferrari agreed, but no longer needed to be represented by an agency. After years in the real estate business, he had acquired enough acumen to negotiate his own deal, netting him more profitable fees and rights than had an agency could have mediated for him.

Ms. Wagner is a freelance writer living in Manhattan. 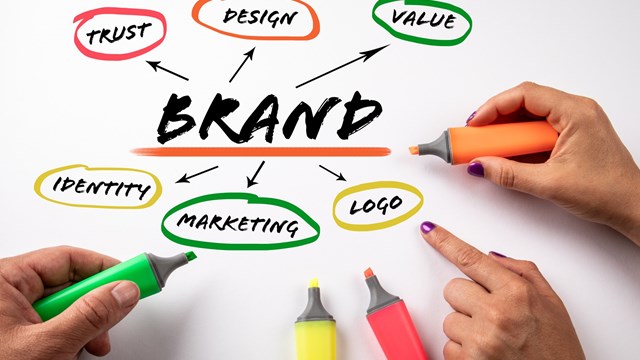