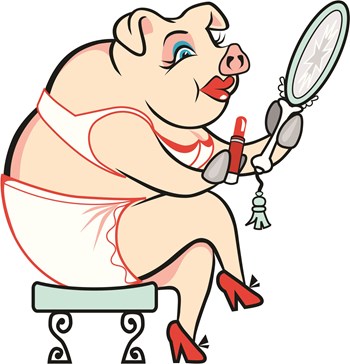 Home sales rarely if ever happen sight-unseen, and condominium and cooperative units are no exception. When purchasing a lived-in space from its previous owner, a buyer may expect to receive certain pertinent information that could impact the offering price – or even the buyer’s interest in the property itself. Rules and regulations regarding what sellers must disclose have been established in effort to ensure that buyers can make fully-informed choices, and don’t find themselves stuck living in the proverbial lemon. While much of the burden tends to fall on the buyer to be astute, do their due diligence, ask important questions, and observe with care, both sides of an apartment transaction would be well-advised to study up on disclosure protocol before entering into a deal.

New York and New Jersey have similar rules when it comes to condo sales, in that the onus of ensuring that the goods are as advertised falls on the buyer.

“Between purchaser and seller, the rules subscribe to one of the few Latin phrases that almost everyone knows: ‘caveat emptor,’ or, let the buyer beware” says attorney Matthew J. Leeds, a partner with Ganfer & Shore LLP in Manhattan. “This means that generally, the seller does not have any obligation to disclose facts to a purchaser. It is up to the buyer to either ask to perform certain inspections, or to waive said inspections. The purchaser then has to decide if they still want to undertake the risk of purchasing.”

In New Jersey, the aforementioned Latin credo was the law of the land until the 1970s, until a state supreme court decision in the case of Weintraub v. Krobatsch led to an updated interpretation. According to J. David Ramsey, a shareholder with Becker & Poliakoff in Morristown, a scuffle over a seller’s (Ms. Weintraub) failure to disclose a cockroach infestation to a home buyer (the Krobatsches) resulted in the supreme court finding that said failure “may perpetrate a fraud that would excuse the purchaser from performing under the contract.”

“Since then, the law has developed, and New Jersey courts have held that the failure to disclose a material fact entitles a purchaser to either cancel a contract or sue for damages once the closing has occurred,” Ramsey explains. “This begs the question as to what constitutes a ‘material fact.’ As one example, it has been held that the failure of a builder to disclose that there was an environmentally contaminated site next to homes being sold was a fraud. In addition, New Jersey courts have imposed on sellers an implied warranty of habitability. In other words, unless the entire home is habitable, the seller must disclose if there is any condition that renders it uninhabitable.”

In effort to ensure that one or both parties leave nothing overlooked in the course of a sale, it is essential to develop and to review an extremely thorough contract— and it is equally imperative that a seller not sign until both contract and property are given the appropriate scrutiny.

“The standard forms of contracts do require certain representations that handle some straightforward matters,” says Leeds. “For example, in the standard co-op contract, the seller represents how much its maintenance charges are, and represents that it has not received written notice that they are going up. That way, if the purchaser buys and it turns out that the maintenance was not correct in the contract, the buyer can demand that the seller make good the difference.”

In New York, Leeds continues, the buyer’s risk is alleviated in one area, thanks to specific case law. “There is an obligation of a seller to disclose to a purchaser a condition that materially impairs the value if (I) the issue was created by the seller and (II) the facts about the matter are peculiarly within the knowledge of the seller, or unlikely to be discovered by a prudent purchaser (that is, a purchaser really wouldn’t normally find it out by doing an inspection). In that event, there might be an affirmative obligation of the seller to disclose such matters.”

While buyers need to be as savvy and informed as possible as they embark on the process of acquiring a co-op or condo, their sales agents have a vested interest in keeping them informed as well. As Ramsey points out, if a buyer closes title to a home and subsequently comes to believe that the seller failed to reveal a material fact, that buyer will likely sue not only the seller, but also the aforementioned agent. “The buyer will allege that the agent knew, or should have known, of a particular condition, and should have disclosed that condition to the purchaser,” he says. “A number of years ago, the New Jersey legislature, at the urging of the New Jersey Association of Realtors, adopted a statute that provided brokers and sales agents with some protection from these suits. The legislature included in the law the form of a disclosure to be completed and signed by the seller of the real estate, and provided that so long as the seller completed the form and it was provided to the purchaser, neither the sales agent or broker could be held liable for the failure to disclose a fact relating to the real estate. Hence, while the seller is not legally obligated to provide a disclosure form, most real estate salespersons are diligent in having sellers complete the disclosure form and making sure that it is received by the purchaser. While lengthy, the form does not cover every possible issue involved in selling real estate.”

So if it falls to the buyer to keep a sharp eye turned toward any potential red flags, what might some of those flags be? Well, while some may be quite obvious (a literal hole in the kitchen floor, for example), other, less visible issues may depend on the sensitivity of the individual purchaser.

“While I am not in a position to speak on behalf of all purchasers’ attorneys, most would likely advise a client that if, on the re-sale of a home, the condition would have a negative impact on the value of the home, the purchaser should consider not proceeding unless the price was such that it accounted for the condition,” explains Ramsey. “Clearly, most attorneys would warn that something like extensive mold conditions may be very costly to remedy, and visible mold may be an indication of a more serious condition behind the area where the mold is visible. On the other hand, mold in some minimal form is likely to be found in a majority of homes in New Jersey—in the cement blocks of basement foundation walls, for example – and not every mold condition should lead to discouraging the purchase of a particular home. To a large degree, this is a matter of scale, and the cost to remedy the condition.”

For his part, Leeds recommends a buyer get their hands on all of the documentation that they can. “Purchasers often want to visit the managing agent’s office to inspect minutes of recent board and unit owners’ meetings, as well as to interview the managing agent,” he says. “This could turn up information about foreseeable expenses that might increase charges for things like work to be done, or refinancing. It might also disclose chronic problems in the building, or even information about obstreperous neighbors who might affect the purchaser.”

And Wendell A. Smith, a partner with the law firm of Greenbaum Rowe Smith & Davis LLP, which has offices in New Jersey and New York, concurs. “As a lawyer for a buyer, I’d approach a condo or co-op purchase no differently than any other piece of real estate,” he says. “You’d want to see a copy of the budget, tax returns and info as to whether or not they have any special restrictions – on pets for example. You’d want to know the parking situation, the amount of assessments; you don’t want to walk into a situation where they’re planning a big renovation but they have no reserves.”

While condo boards don’t technically have much say in a sales transaction, presumably they’ve developed a relationship with the seller, and it’s in their best interest to cultivate a new one with the buyer. This gives boards some incentive to help a transaction go smoothly when it can.

“Some boards are concerned that a purchaser might be peeved after they buy that the association minutes might not disclose all upcoming matters or conditions of which the board was aware,” says Leeds. “It is out of concern for such a situation that a relatively few conservative buildings actually forbid purchasers from inspecting the minutes. On the other hand, many associations recognize that they want to promote sales in their property, and therefore readily allow sharing of such information. It’s extremely unusual, if not unheard of, that a purchaser would bring a successful or meaningful legal claim against a building on these grounds.”

In fact, some legal pros advise boards to stay mostly hands-off when it comes to purchases and sales in their communities. Attorney Leni Morrison Cummins, a member with Philadelphia-based law firm Cozen O’Connor who works extensively with boards and developers, explains that “boards of condos and co-ops are not typically parties to purchase and sale transactions in their buildings. Therefore, boards owe no duty to disclose [many of the issues discussed in this piece] to buyers. In fact, doing so could expose the board to liability for ‘tortious interference’ with the contract. If a board discloses something to a buyer that causes the buyer to walk away from the deal, the seller would have a potential cause of action against the board for the loss of the buyer. It is important to recognize that boards owe no duty to buyers [before they close], but they do owe a duty to sellers, who are the current owners or shareholders. Therefore, if a buyer makes an inquiry directly upon the board, I recommend that the board alert the seller to the inquiry and provide the information to the seller, not the buyer. This way, the seller can disclose the information to the buyer, or not.”

As with just about anything pertaining to the running of a multifamily co-op, condo, or HOA community, successful administration and governance hinges on the parties involved understanding both the breadth and the limitation of their duties and influence. Competent legal counsel and some homework on the part of both the seller and buyer will go a long way toward making sure that the purchase of an apartment is an occasion for celebration, and not litigation.

Mike Odenthal is a staff writer and reporter with The Cooperator.