Do not show again [X]
By Lisa Iannucci   2013 January Organizations 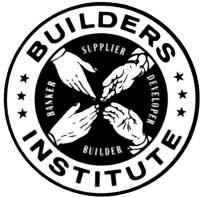 Westchester County was not always the affluent suburban landscape it is today.  The county evolved from its Native American roots into small population centers  and farms of the 17th and 18th centuries, growing into large urban centers, and  finally, the suburbs that symbolize 20th Century America.

At the beginning of the 21st century, Westchester stands as a bustling county of  nearly one million people that is proud of its history and its place in the  American story. Known for its grand, multimillion-dollar mansions and the  historic homes found in its posh communities such as Scarsdale, White Plains,  Chappaqua and Brewster, Westchester’s housing stock also includes many single-family homes, high-rise apartments,  townhomes and duplexes that were built following World War II’s housing boom.

Fast forward two decades to the 1970s and 1980s: Rental units weren’t profitable, so to encourage individual unit ownership, some of the area's  rental housing was converted to cooperatives. In 1979, the Cooperative and  Condominium Advisory Council (CCAC) was formed to serve as a resource for  elected board members of those cooperatives and the condominiums in  Westchester. Prior to the CCAC's establishment, “There was no entity available to represent the interests of homeowners who are  not single-family homeowners,” says CCAC and Building and Realty Institute chief counsel Ken Finger.

Today, says BRI executive director Albert Annunziata, the CCAC represents more  than 400 cooperatives and condominiums in the Westchester and Mid-Hudson  region. Along with the county's Apartment Owners Advisory Council (AOAC) and  the Advisory Council of Managing Agents (ACMA), the CCAC is a component  organization of the Building and Realty Institute of Westchester and the  Mid-Hudson Region.

“The BRI is one of New York state’s largest independent building, realty and construction industry membership  organizations,” Annunziata continues. “Formed in 1946, the association is recognized as a leading voice in Westchester  and the Mid-Hudson Valley for the building and realty industry and has more than 1,200 members in New York  State. In Westchester—and it’s probably the same in Rockland and Nassau [counties]—co-ops are still one of the last opportunities for affordable living.”

To support that community and beyond, “The BRI consistently monitors issues that affect the broad spectrum that  comprises the real estate industry, including apartment buildings, co-ops and  condos, property management (residential and commercial), home building and  commercial development and renovation and remodeling, and vigorously advocates  for the same,” says Annunziata. Since its inception, the organization has focused on several  key components to achieve its mission: negotiations with service workers,  education, referral services, lobbying, information, networking and insurance.

On the legislative front, the BRI and the advisory council has won many  victories over the years. For example, in 2005, the BRI lobbied to defeat  legislation that would have amended the real property tax law in relation to  the assessment of specific co-ops and condos. Had the amendment passed, it  would have produced significantly higher property taxes for co-ops and condos.

The organization also is involved with negotiating the contracts for the Hudson  Valley Service Employees International Union Local 32BJ. BRI and the union—representing residential building workers—achieved a new four-year labor contract from October 1, 2010-September 30, 2014.  BRI bargained on behalf of its component associations, including the  Cooperative and Condominium Advisory Council (CCAC). Provisions of the contract  included a weekly increase over the life of the contract of about $50,  increased employee contributions for health, pension and legal training  benefits, and new hire and salary ranges for supers, assistant supers,  handymen, utilitymen, porters and other personnel.

According to Annunziata, in addition to fighting unfavorable legislation, the  council also develops seminars to educate their members on such topics as how  to handle noisy neighbors, trouble employees, security issues, insurance, how  to interview prospective shareholders, disaster preparedness, late payments and  more.

“The CCAC has consistently maintained a robust agenda of meetings and seminars on  all facets of co-op and condo ownership, management, financial, aesthetic,  organizational, liability and related concerns,” he says, adding that issues of particular and/or immediate focus include  opposing a county law mandating co-op disclosure of reason for denial of  prospective purchasers; revising an outdated county statute pertaining to the  issue of pets in co-ops; disaster recovery and rebuilding; and mandatory  acceptance of Section 8 payments under the wider issue known as 'Source of  Income.'”

The CCAC is also offering a new dispute resolution initiative to help  Westchester owners, boards and managers settle conflicts without resorting to  expensive, acrimonious litigation. “It is a new program that was initiated in the second half of 2012, established  in conjunction with CLUSTER, Inc,. a major housing not-for-profit group based  in Yonkers,” says Annunziata. “Members of the CCAC and the BRI pay a modest fee for the service. The balance is  largely underwritten by the BRI.”

Jeff Hanley, the organization’s associate director, explains that programs are often repeated to address the  needs of new members. Experts in real estate, law, insurance and utilities  participate in the programs. The council is looking to expand their program to  include seminars on the physical building issues—adequacy of waterproofing, capital maintenance, the value of proper landscaping—and more. A recent program on regulation changes concerning above- and  below-ground fuel storage tanks attracted more than 120 attendees.

BRI Chairman Eric Lashins, who is himself a property manager, fully understands  the importance of being vigilant through the CCAC and BRI’s oversight. “I cannot overstate the importance and the challenge of owning and managing  apartment buildings, cooperatives and condominiums. The often burdensome  overlay of rent regulations is challenging enough, let alone the constant  specter of legislation on a county and/or state level that threatens to further  erode property rights and a co-op or condo's ability to function effectively,” he says.

The importance of the council is not just to deal with present day problems and  issues, but also to forecast future issues on the horizon. CCAC chair Diana  Virrill says that there is also a flood of young people relocating from New  York City to rent co-ops in Westchester because they are more affordable. “As a result, housing affordability and maintenance is of utmost importance to  its members for now and the future.”

Joining the CCAC is straightforward, says Annunziata. “Individuals can join as a supplier, service provider or professional that co-ops  and condos rely on and use. This Associate Membership is literally a  dollar-a-day for annual dues; $365 includes all our lunch and dinner meetings  and functions throughout the year,” he notes. Co-ops and condos, he says, can join through their president or other  duly-designated officer of the board. “As all co-ops and condos are of varying size, in terms of units, the base annual  membership fee is $300 plus $.50 for each unit in the building or complex.  Again, this membership fee covers all our regular events and meetings, except  the above special events.”

The CCAC also draws on its BRI resources for referrals on a variety of services  for board members, including legal advice, investment counseling, real estate  expertise and help with maintenance problems. “The CCAC works superbly with these other two councils and has proven time and  again to be a natural fit and powerful ally when legislative advocacy and  political muscle has to be flexed,” says Annunziata.

Another important membership benefit in the CCAC is access to New York State  Workers’ Compensation Group 530, which includes more than 500 co-ops and condos as  members.

The BRI has a professional staff of 10, including consultants. The CCAC includes  a 15-member board of directors comprised of co-op and condo board presidents  and other representatives in a variety of industries—legal, real estate and more, which, according to Virrill, “brings a different viewpoint and conglomerate of expertise to the table. It also  creates very lively discussions.”

For more information on the CCAC and the BRI, please visit  www.buildingandrealtyinstitute.org.

Lisa Iannucci is a freelance writer and a frequent contributor to The  Cooperator. Associate Editor Hannah Fons contributed to this article.