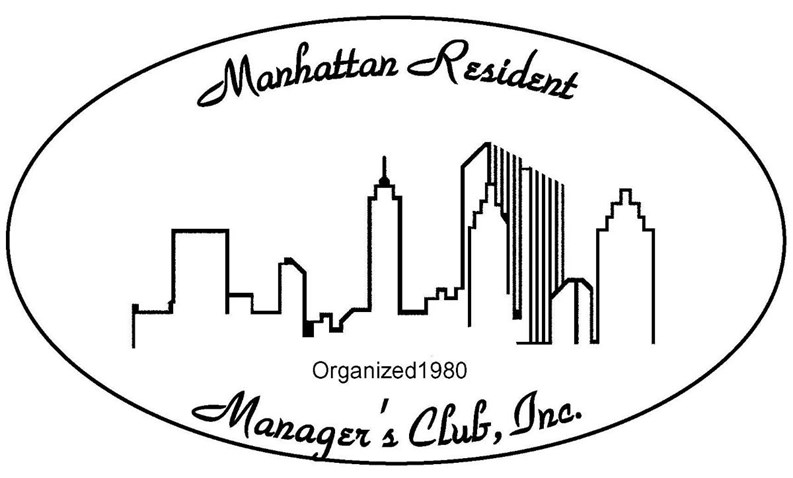 Superintendents are a lot more than a repair person or someone to call at 3:00 a.m. if you suddenly find yourself without heat in the middle of a blustery February night.

Superintendents or resident managers are responsible for building employees, professional development, communication with their management company, board and individual residents, fire safety, the boiler, overseeing the building’s operational systems and so much more—maybe even walking that yappy Jack Russell terrier on the fifth floor.

According to the union contract currently in effect in New York City, a superintendent is officially considered a “resident manager” if he or she has six or more staff members working for him or her.

The Manhattan Resident Manager’s Club, Inc. which was founded in 1980 and incorporated a year later has 220 members who are a combination of resident managers, superintendents and managing agents, and 70 associate members who are contractors, vendors and property managers.

The organization is “dedicated to the performance and advancement of the real estate manager.” In order to be eligible for membership, resident managers must oversee at least six employees and a 50-unit building. Dues for resident managers are $250 a year and $200 a year for associate members.

M.R.M.C. president Francis P. McLoughlin has been affiliated with the organization for 10 years. His primary goal during his one-year term as president is to educate M.R.M.C. members.

“We just had a member from the New York City Fire Department come down and speak to us about the changes in the sprinkler and standpipe requirements and to educate us about fire safety,” says McLoughlin. “I’m working with the union to better educate superintendents and resident managers so that our jobs are easier and that our building runs smoother. It’s great to have the expertise of so many superintendents and resident managers at your disposal. You shouldn’t underestimate that. Say you have a problem with your boiler. You can just pick up the phone and call a member and say ‘this is what’s going on in my building, have you ever had this happen?’ and usually they have. Ninety-nine-point-nine percent of the time we are able to resolve it without calling a vendor.”

McLoughlin also recently negotiated a $100,000 life insurance policy for each member and formed a recruitment committee with hopes of increasing membership. “There’s so many buildings in New York City so basically what we’re doing is we’re splitting everybody up into areas,” says McLoughlin. “Our members will go to supers in the area they’re assigned and introduce themselves. Tell them about the club and invite them to a meeting. I’d like to get membership up to 250 members.”

Mike McGowan, former M.R.M.C president from 2005 to 2009 and current member, believes membership has its privileges. “Members meet the first Thursday of every month. We exchange and share ideas,” he says. “Every meeting, one of our associate members, that include vendors, electricians, plumbers will speak and tell us about new products and educate us. It’s really great to get together once a month and talking to them and sharing ideas and sharing problems. They have the same problems that I have.”

M.R.M.C. also awards six education scholarships per year to members for their children’s college education and is very active in charity work. “We have raised money for toys for tots, the Ronald McDonald House, and the Incarnation Children’s Center, an AIDS children’s hospice in Harlem,” says M.R.M.C. member Frank Rampino. “We also give coats in the winter to families that are poor. We have a lot of trustworthy good people that are members. I’m really proud of all the charity work we’ve done and all the money we’ve raised for people who are less fortunate than ourselves.”

The organization also hosts numerous social activities like the annual Sunset BBQ, Vegas night and Poker night, fishing trips and a night at Yankee Stadium for its members. Up next, a boat ride that sails around Manhattan with dinner and dancing on October 4th with proceeds going to charity.

“We interact with our wives and partners a lot,” says McLoughlin. “Turns out they have a lot in common and they really enjoy meeting each other.”

Each year the Manhattan Resident Manager’s Club, Metropolitan Building Managers of New York and Scandinavian-American Building Managers Guild hosts the Three Hands Grand Ball, a black tie affair that features, dinner, dancing, cocktails and live music. The event is now in its 18th year, and this year, the clubs will be honoring Matthew Adam Properties Inc., with its Award of Excellence award.

All experts agreed that in order to excel as a resident manager, open and honest communication with your management company, building’s boards and residents are necessary to succeed.

“One of the most important things about being a resident manager is that you have to understand your staff and the shareholders and treat them as individuals not a group,” says McLoughlin. “A situation may come up and you’ve dealt with it a hundred times and they’ve only dealt with it once, so you have to treat them as if you are going through that experience with them and walk them through it.”

Christy Smith-Sloman is a staff writer for the Cooperator and other publications.