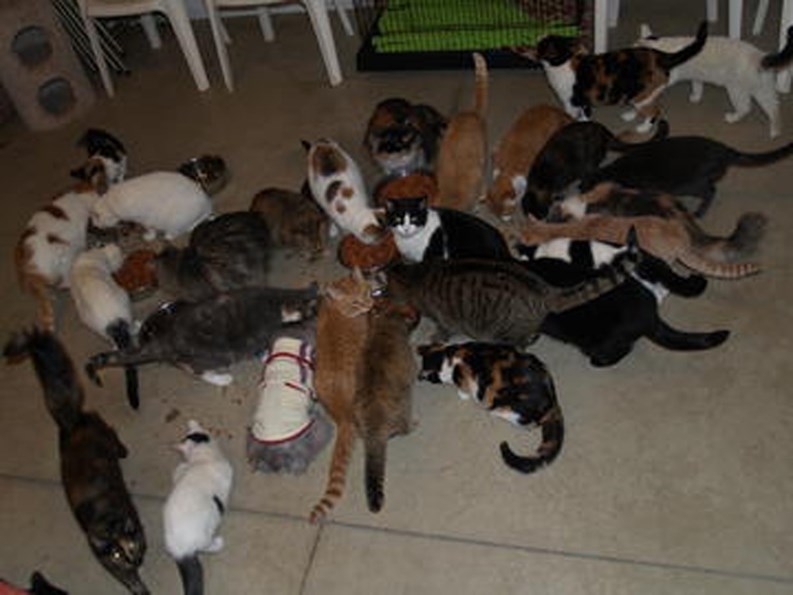 Although many co-ops and condos in New York City might not like it, shareholders and unit owners often rent out their apartments to subletters. Board control over subletting can vary—from stringent in most co-ops, to giving the board the first right of refusal in condos. But sometimes, residents try to sidestep the board and allow a subletter to move in. And even with board approval, having a renter, or several renters, in the building could pose problems.

Co-op boards are somewhat notorious for the control they exercise over shareholder approval. The same goes for the matter of subletting, which is almost always frowned upon in co-ops.

"In co-ops, the board usually does have the right to approve or disapprove sublets. Most boards prefer to have owner-occupied apartments as opposed to a transient population. Normally banks that issue underlying mortgages for the buildings require a certain minimum owner-occupancy/investor ratio. If it's too much on the investor side, banks will typically not approve that loan, or the building will not be approved for financing or it will affect the terms of the loan. Most proprietary leases in paragraph 15 provide the board has the right to accept or reject a sublet for any reason. However a shareholder has the right to appeal that rejection by seeking the approval of the affirmative vote of two-thirds of all shareholders of record to override the decision of the board," says Ronald Sher, Esq. a partner at the law firm of Himmelfarb & Sher, LLP, in White Plains.

There are certain times when boards will make an exception and allow a shareholder to sublet, if the shareholder needs to travel for business for an extended period of time. But the board will usually limit the time a shareholder can sublet his or her apartment, as well as the number of years he or she can sublet overall.

"Boards have the right to impose certain conditions or allow sublets on an emergency or hardship basis, such as medical reasons or a change of employment, where a shareholder expresses an intent to return to the building. Boards have the right to impose and implement a sublet fee that can be calculated on any formula the board chooses, such as a percentage of maintenance fees or rent collected. They can request that the shareholder also submit a consent letter from their existing lender consenting to the sublet, since most banks who hold mortgages or loans for shareholders have a recognition agreement that requires a board to obtain the consent of a lender prior to permitting a shareholder," says Sher, who also serves as the general counsel to the Council of Westchester Cooperatives and Condominiums.

The interview process for someone who wants to sublet is much like that of a new shareholder.

"Most boards require a full financial package, references and the subtenant is sometimes interviewed. You have to make sure the subtenant agrees to be bound by the proprietary lease and house rules concerning occupancy. Some require the subtenant to sign a specific acknowledgment form. Some boards require the sublease document to be a standard form, or at least require that the sublease agreement provide that sublease is subject to the proprietary lease terms," says David Berkey, a partner at the law firm of Gallet Dreyer & Berkey, LLP, in Manhattan.

To discourage subletting, many boards have imposed fees for those who do sublet their apartments.

"In many buildings, boards will charge a sublease fee. There's always a question of whether it's authorized by the proprietary lease and bylaws. In absence of authority to charge a fee, a board might charge a reasonable fee to reimburse the co-op for the time that it and managing agent spent reviewing the application, such as conducting credit checks and litigation searches. Some boards may attempt to recapture all the profit that a shareholder gets from the sublet. But it's more common to charge a flat fee or percentage of the maintenance fee," says Berkey.

Although subletting has become a catch-all term for both co-ops and condos, technically, unit owners who rent out their apartments are leasing them, not subletting. In such a situation, the unit owner is the landlord and the board does not have a landlord-tenant relationship to the tenant.

When unit owners want to lease out their condos, they are normally not subject to the kinds of restrictions placed on shareholders in a co-op. Although the board does have the first right of refusal, if it decides it does not want a particular tenant in the building, the board must match the terms of the rental agreement.

"Generally if you want to lease your condo, all you need to do is submit a request to the board to waive its right of first refusal. The board has the right to exercise it by matching the same terms," says Sher.

With limited control over leasing, some condo boards have moved towards adopting an interview and application process similar to that of co-ops.

"Some condos are now requiring a more stringent interview process in order to try to get approval for that prospective resident. Since boards do not have the right to deny a sublease, they do have the right to make a reasonable inquiry about that proposed tenant, whether that's asking for financial information and so on. Many condos are trying to expand their rights with regard to leasing apartments," says Sher.

Perhaps your board is considering amending current subletting rules, or implementing a new process.

"Typically, subletting rules are a freestanding written policy or part of the house rules. Many co-ops of late, although they allow it, only allow it for demonstrated hardship. The burden is on the shareholder to convince the board of that hardship. There may be a limit on the number of overall sublets in the buildings, and the board is free to amend those, unless amending the proprietary lease. If there were a provision in the proprietary lease, and the board wanted to change it, you would need a shareholder vote, but it's very rare," says Stewart Wurtzel, a partner at Deutsch Tane Waterman & Wurtzel.

If you think changing the rules will automatically mean subtenants will have to leave the building, think again. The sublease agreement is still valid and the subtenant can stay according to the original terms set forth.

"That sublease would be allowed to run out its term. Once it's approved, you can't cancel it in the middle because you've changed your policy. Most run for a year at a time," says Tane.

When Tenants Become a Problem

It's every board's nightmare: a problem tenant who makes everyone's lives miserable. The board's options in dealing with the tenant are dependent upon whether the building is a co-op or a condo.

"If there's a default in a condo because a tenant turns out to create a nuisance, it is much more difficult to deal with because you don't have the threat of termination," says Ganfer. "The remedy is to effectively start a proceeding against the unit owner to abate the situation. It's dependent upon the bylaws, but you might have the right to bring proceedings to enforce the lease or terminate the lease. But those proceedings are more difficult because you have slightly less leverage."

"In a co-op, most proprietary leases provide that you can't sublet without consent of the board on such terms or conditions that the board deems appropriate. For a sublet in a co-op, if a tenant is bad, you have a remedy to seek to terminate the proprietary lease because the owner of the lease is liable to the co-op for his or her tenant," says Ganfer. "In a condo, the unit owner is also liable for acts of the tenants, but it's much more difficult to exercise the remedy in a condo. In New York City it is very difficult to oust tenants, whether they are subtenants or prime tenants, unless cases are clear and convincing."

The approach to removing a troublesome tenant depends largely on whether you're dealing with a co-op or a condo, as the co-ops have subtenants and in condos, the tenant is leasing directly from the unit owner.

"If a co-op has to go after a subtenant, the case is going to be captioned against the shareholder and the subtenant. It's the shareholder who has violated his lease with the co-op, the co-op brings suit against the shareholder and also naming the subtenant, so in theory, they can evict him and throw everybody out of the premises," says Wurtzel. "In a condo, it's more difficult. You can't go into housing court and evict the unit owner. You'd have to sue them for violating bylaws or get an injunction in Supreme Court."

Sometimes, problems can arise simply because a subtenant has stayed beyond the end of his or her lease agreement. This can happen if the shareholder forgets to approach the board to extend it.

"Subtenants should protect themselves too. They owe it to themselves to contact management and find out sublet procedure. They should ask for a written letter of approval before they move in and start paying rent to the shareholder. If they end up evicted because the shareholder didn't get approval, now they have to sue the shareholder and maybe they'll get it refunded. But they'd have to make claim for damages," says Wurtzel.

And even though many shareholders should know better, sometimes they sublet their apartments without getting board approval at all.

"It happens all the time, where the shareholder hasn't gotten approval, especially in buildings that are not doorman buildings," says Tane, noting that many subtenants are told that nobody will notice that they're there. "But when the next door neighbor complains, then you have a problem."

Despite the efforts of many boards, subletting will no doubt continue across all five boroughs. With subletting, it's essential that every board understand the finer points of the process. Knowing how to deal with problems before they arise, and knowing when to exercise your rights as a board are all indispensible elements that will help keep shareholders and residents in harmony, as well as protect everyone's investment in the building.