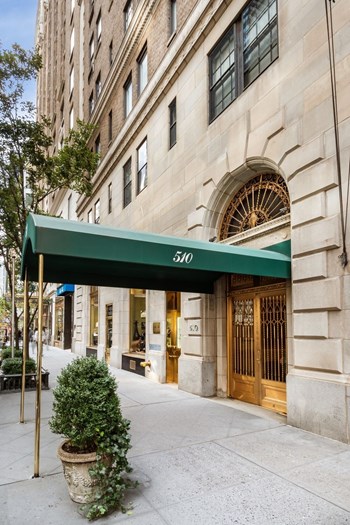 When former Bear Sterns CEO James Cayne - noted for his role in the 2008 financial crisis - sought to sell his five-bedroom, six-bath prewar co-op apartment at swanky 510 Park Avenue, the co-op board rejected three prospective purchasers over a three-year period starting in 2016, according to reporting by the New York Post and legal analysis on JDSupra.

In 2019, Cayne filed a books-and-records petition, claiming that the board’s rejections of the sale and subsequent request to sublet the unit were motivated by a longstanding feud Cayne had with board president Lawrence Friedland. Last week, Manhattan Supreme Court Justice Nancy M. Bannon dismissed the case, finding that Cayne’s “overly broad” demand for records was “speculative and seemingly without factual basis.”

Cayne’s petition asserts that Friedland influenced the rest of the board to reject purchasers of the 5,000-square-foot unit because of his alleged animosity toward Cayne, which allegedly arose from their rivalry over a building-owned unit back in 1999. At the time, Cayne was renting one of two maid’s quarters apartments from the co-op when the board decided the units should be sold instead of rented, and initiated a sealed bidding process for the purpose. Cayne then sought emergency injunctive relief, alleging that the use of sealed bids gave an unfair advantage to any board members seeking to purchase the units—of which Friedland was one. As a result, the board wound up selling the maid’s quarters in a live auction, during which a bidding war erupted between Cayne and Friedland, who each ended up purchasing a unit for $75,000.

Cayne’s 2019 petition alleges that his insistence on a live auction caused Friedland to spend more on the maid’s room than he otherwise would have had the bids been sealed, which in turn caused Friedland to harbor a “personal animus” against Cayne for the 20 ensuing years. In her ruling, Justice Bannon contended that “[Cayne] himself may harbor ill will toward Friedland for inflating the price of the maid’s quarters purchased by [Cayne] for the same price.”

The ruling upholds the co-op board’s protections under the Business Judgement Rule and its own governing documents, stating, “The fact that a cooperative board has denied a shareholder permission to sell their shares does not alone justify a shareholder’s attempt to litigate around the sound exercise of the board’s judgment. [¶] Consistent with the foregoing, the [co-op’s] governing documents, by which all shareholders are bound, expressly reserve the board’s ‘right to grant or withhold consent, for any or no reason, absent unlawful discrimination’ any purchase application.” As such, Cayne was denied access to the records he was seeking.