Do not show again [X]
By Liam Cusack   2013 October Organizations 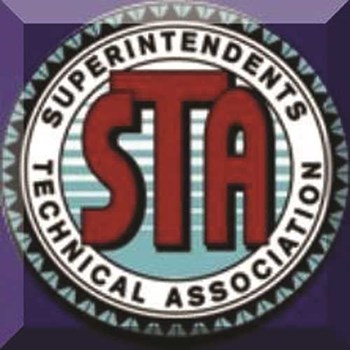 It's been said that there is strength in numbers and there have long been organizations that strive to strengthen and clarify the roles of owners, residents, and managers in condos and co-ops. One vitally important professional—the superintendent—was the last to organize and gain representation. Today thanks to the work of the New York City Superintendents Technical Association (STA), the ones who keep the buildings running smoothly have a voice.

The organization is quite large boasting a membership of about 150 “supers,” according to current STA president Peter Roach. Each month the non-profit group hosts free meetings where members network, discuss new regulations and share information about technology. Attendance at these meetings is strong and with around 30-35 seats filled each month. Additionally the organization publishes a bi-monthly trade publication called Super! The publication contains articles related to building systems, new technology and frequently discusses issues important to building superintendents such as security, management and training. Thousands of superintendents across the city read . In 2010 the STA launched its new website which contains links to educational videos and resources. The website keeps members up to date on the latest news and industry events. There is an instant feed on the website which keeps members abreast of breaking industry news. Also, the STA is using social media to reach out to it's membership. It has its own Facebook page, is on Twitter and on LinkedIn.

Thanks to the media age we live in all of these outreach tools are effective and beneficial to communicating with the membership. These outreach efforts are just the continuing story of the organization which began almost four decades ago. The story began with Dick Koral, director of the Apartment House Institute (AHI), a continuing education unit of New York City Technical College of the City University of New York. In the late 1970s, Koral, an engineering technician and expert on energy conservation, operation, and maintenance in multifamily dwellings, began teaching a group of supers the basics of running a building. Many supers were recent immigrants and knew very little about boilers or plumbing. Koral knew this was because of a simple lack of experience and education, not a lack of intelligence.

With grant funding from the now-defunct New York State Energy Office, Koral created the Los Supres Supers Technical Association, or STA. The group met each week in Williamsburg and discussed (with the help of a translator) topics chosen by members. The grant ran out a year later, and the group disbanded, but the seed of STA had been planted.

Getting to Know Your Super

One such member is Peter Grech, a super in the business for 31 years, past STA president and its current Director of Education. Grech has been a member since 1998.

There is certainly credit due for an organization with such clear goals and strong mission. That mission, of course, has always been to provide building maintenance personnel, including superintendents, handymen, porters, doormen, and others in the trade with a professional society that encourages these workers to share their expertise, educate themselves about their industry, and learn about new equipment and maintenance procedures. As a byproduct, STA encourages professionalism among its members and the industry as a whole; after all, where there is organization and representation, there’s usually an extra helping of dignity.

Considering all that a super has to contend with, it might surprise some that groups like STA—which includes in its mission statement the desire to help establish similar groups in other areas—has only been around since the late 1990s. Supers tackle the nitty-gritty, day-to-day maintenance of city buildings—things like mold, paint, asbestos, noise, water, leaky pipes and minor plumbing issues are all in a day’s work.

Over the past 25 years or so however, the average super's responsibilities have grown far beyond those concerns. Certification laws, zoning issues, laws concerning building security and green energy initiatives all impact a super’s job description. From a building’s fire escape plan to the bushes in the courtyard, the super is the right hand of the property manager and the building's administrators; all of his (rarely her) work is under surveillance, too, with all the cameras and video recorders installed in most buildings these days. Even before the job became so complex—anyone text their super lately?—the STA’s job has been to protect and educate supers about the nature of their work.

STA holds monthly meetings centered around various topics specific to New York building maintenance personnel. At these meetings, plans are hatched, networking can take place and information is shared. Members also put their heads together about problems facing the group.

In the middle of a deep recession, many professional organizations are feeling depleted. Membership flags, interest wanes as people shuffle priorities. But Grech says that the recession hasn’t hit STA too hard. And instead of taking it lying down, the supers are reorganizing their goals.

As the super-sage Grech says, “The two lessons that I have learned over the past 38 years are that ‘no good deed goes unpunished’ and that while good intentions are fine, it’s action that counts.”

Through the continued work of the STA, the latter is certainly being proven true.