Do not show again [X]
By Debra A. Estock   2013 November Neighborhoods 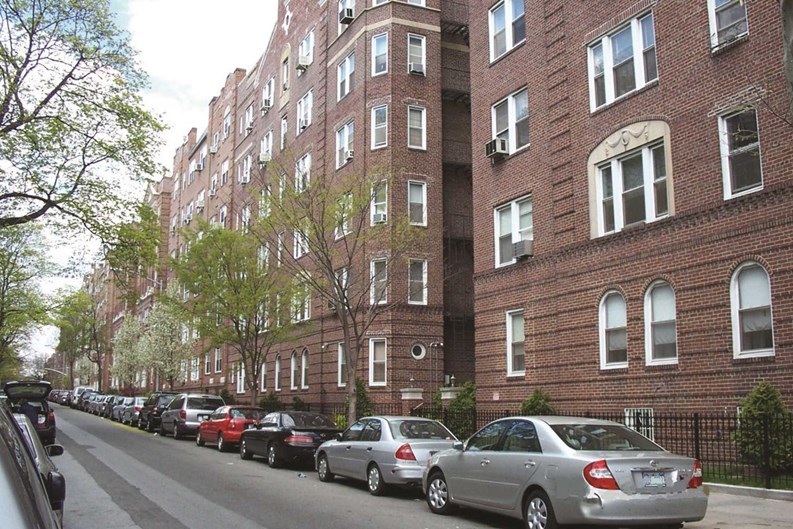 Jackson Heights, Queens is home to residents from more than 70 countries speaking more than 40 languages. A truly international community, it is a community in every sense of the word. It’s not unusual to see a Peruvian shop owner dining side-by-side with a Long Island-born accountant in a Taiwanese restaurant, or a Bangladeshi shopper perusing crates of fruit imported from South America. This diversity is part of what attracts residents to Jackson Heights—and more importantly, it’s a part of what keeps them there.

A Hub for Culture and Transportation

The Queens community is bounded by Astoria Boulevard to the north, the Brooklyn-Queens Expressway to the west, Roosevelt Avenue to the south, and Junction Boulevard to the east. East Elmhurst, the area immediately to the north, from Northern Boulevard to the Grand Central Parkway, though not part of the original development, is sometimes regarded as a northward extension of the neighborhood. The Jackson Heights name comes from Jackson Avenue, the former name for Northern Boulevard. The Jackson Avenue name is retained by this major road in a short stretch between Queensboro Plaza and the Queens Midtown Tunnel approaches in the Long Island City neighborhood.

The neighborhood is also the location of the Roosevelt Avenue/74th Street transportation hub, where the subway lines and five bus routes terminate. It includes one of the first green buildings in the MTA system, the Victor Moore Bus Terminal, which is partially powered by solar panels built into the roof. These are located along the length of the sheds above the Flushing line platforms. Moore was a prominent stage and screen actor from the 1920s through the 1950s.

It all began with garden apartments. Built in the early 1900s by the Edward A. MacDougall’s Queensboro Corporation, the garden apartments that make up Jackson Heights were intended to be a self-contained upper- and middle-class urban alternative to suburbia. Most of the original neighborhood is a National Register Historic District and a New York State Historic Register District. About half has been designated as a New York City Historic District by the New York City Landmarks Preservation Commission.

The historic section of Jackson Heights is the more affluent part of the neighborhood. Most housing units in Jackson Heights are apartments in multi-unit buildings, many of which are five or six stories. Many of these buildings are co-ops, some are rentals, and a few are condominiums. There are also a number of one- to three-family houses, most of which are attached row houses.

Jackson Heights’ first apartment building, called Laurel Court, was located at 82nd Street and Northern Boulevard, and completed in 1914. A few years later, MacDougall popularized a relatively new concept in American real estate: tenant ownership, also known as cooperative living. Renters could buy their apartments for $500 down with mortgage payments of around $52 per month. By 1921, some 700 families in Jackson Heights owned their apartments, kicking off a revolution in New York homeownership.

MacDougall is also credited with bringing the European idea of the garden apartment to New York. Complexes were created around central gardens and park-like areas, which were for the exclusive use of residents. They are nestled inside mid-blocks, mostly hidden from view by the buildings surrounding them. Unless given an invitation, entry is restricted to those who own a co-op around its perimeter. The basis for the private ownership of the parks of Jackson Heights is derived from its founding principle as a privately-owned neighborhood built largely under the oversight of one person.

When U.S. immigration laws changed in the 1960s, many new arrivals settled in Jackson Heights. Now, of its roughly 175,000 residents, approximately 60 percent identify themselves as Hispanic, 15 percent white, 10 percent black, and nearly 20 percent South and East Asian, according to a report by the Furman Center at NYU. Jackson Heights also has the city’s second-largest foreign-born population, behind neighboring Elmhurst. It’s not just the broad ethnic mix that makes Jackson Heights unique. The neighborhood and area’s affordability and status as a major subway hub puts it within reach of a broad spectrum of both native New Yorkers and immigrants, even for those whose budgets are limited.

The Mother of Invention

Another claim to fame for Jackson Heights is that of the traditional and perhaps most famous board game of all time: Scrabble. An out-of-work architect and local son Alfred Mosher Butts is credited with inventing the game, drawing letters on architects’ linen, hand-cutting out wooden tiles and affixing them to a crossword-like grid. Fond of puzzles and anagrams, he attached a point system to each letter using the New York Timesto determine how frequent each letter of the alphabet was used. His initial attempts to market the game he called Lexico and Criss-Cross Words failed until an entrepreneur friend renamed the game as Scrabble and began to manufacture it locally. In 1952, licensed game maker Selchow & Righter bought the rights to market and distribute the game, which soon became a worldwide sensation.

Ever make a copy and call it a Xerox? Well, the electrophotography printing process behind the office photocopier was, in fact, invented by Chester Carlson in his Jackson Heights kitchen. After experiments that were often smoky, smelly or downright explosive, Carlson eventually patented the process that was later sold to Xerox.

The main local park area is Travers Park, which offers basketball, tennis, baseball, soccer and handball for players. Schools in the area were also renovated to incorporate play space in their schoolyards. A year-round greenmarket is held every Sunday morning in the park, which also plays host to many spring and summer concerts.

Housing in Jackson Heights isn’t as affordable as it was when Ed MacDougall was around but compared to the rest of Manhattan affordable pockets can be found. According to the real estate website, Trulia.com, the median sales price for homes in Jackson Heights, Queens for June 13 to August 13 was $540,000 based on 21 sales. The average listing price was around $261,000, as of September 2013.

Compared to the same period one year ago, the median sales price increased 10.9%, or $53,000, and the number of sales decreased 59.6%. Average price per square foot for Jackson Heights was $273, an increase of 4.6% compared to the same period last year. There are currently 425 resale and new homes in Queens on Trulia, including 3 open houses, as well as 31 homes in the pre-foreclosure, auction, or bank-owned stages of the foreclosure process. The average listing price for homes for sale in Jackson Heights was $261,603 for the week ending September 25, which represents an increase of 0.9%, or $2,434.

If you’re looking for an area with a neighborly feel, cultural variety and attractions, look no further than Jackson Heights, Queens.