Several years ago, the only television shows on buying and selling real estate were late-night or Sunday morning agonizing, yet tantalizing, infomercials touting get-rich-quick products. These shows taught viewers that by simply buying the product, purchasing property at no- or low-cost, they could reap the financial rewards of homeownership.

Fast forward a few years and the American television audience is obsessed with shows on buying, selling and redecorating their homes—just look at the proliferation of successful national television shows focusing on these topics. From Decorating on a Dime to House Hunters—a show where you tag along and watch as a buyer looks, buys and redecorates their perfect home—real estate is a hot entertainment topic.

Give Them What They Want

"Buyers are becoming very clever, and they want hard real estate news—not just fluff," says Katrina Campins, most famous for her role as a contestant on Donald Trump's show The Apprentice. Campins is also a top producing real estate professional and CEO of the real estate firm The Campins Company in Miami, Florida.

Campins is channeling her newly found fame and experience in the real estate industry as host of a new weekly network television real estate show, Today in Real Estate, to be broadcast to over 1.5 million viewers in the Miami market. She hopes to nationally syndicate the show in the future.

Real estate television shows that are specific to a particular state are also not a new format—just check out the local access shows that list homes for sale—but more states are jumping on the bandwagon with informational talk-show formats.

The New York-based Stoler Report: Real Estate Trends started on radio several years ago, and is now seen on CUNY-TV in a one-hour, commercial-free round table discussion format with six prominent executives in the real estate and financial industries. The show is funded by First American Title Insurance Company of New York, where Michael R. Stoler serves as vice president. CUNY-TV is owned and operated by the City University of New York, and ten installments of Real Estate Trends are produced per year, and each show is broadcast thirteen times a month in NYC and three times a week in East Hampton. The show can also be viewed in its entirety on the Internet at stolerreport.com.

"We discuss issues such as commercial development, the state of downtown after 9/11, residential development in the city, specific neighborhoods, development in Long Island and Westchester, etc." says Stoler. "Real estate has always been an interesting topic and ten years from now it will be the same thing."

Premiering a year ago, Real Time began as a talk show format with Achor interviewing New York State leaders in the real estate and mortgage industries.

"After five shows, we decided to produce documentaries about real estate development in New York instead," explains Achor. "We were getting swamped with the number of people who wanted to be on the talk show and couldn't possibly fit everybody on."

Achor has produced three documentaries that are broadcast on PAX-TV (Channels 31 and 3) with more than five million viewers. Past topics have included "Brooklyn Real Estate Development," the "Changing Face of Harlem Real Estate," and "A Day in the Life of a New York Real Estate Agent." Future topics will focus on Brooklyn's hot DUMBO (Down Under the Manhattan Bridge Overpass) neighborhood and the New Jersey shoreline.

In contrast to his other show, Achor's Mortgage Talk is a new program intended to educate residents of the New York and New Jersey areas about current events in real estate & mortgage financing.

"These shows are popular because people are so interested in investing in real estate, but they don't have enough information," says Achor.

"So I give them the information they need about the areas to make a decision." Program times can be found on www.sivantalkshow.com

The newest addition to the New York lineup is Home Sweet Home New York, a 30-minute magazine format show and the brainchild of Halstead Property, LLC.

Airing on UPN-9 every Sunday at 7 a.m., the show is co-hosted and co-produced by Halstead associate broker Susan Ruttner and Efrom Allen, a Halstead salesperson. Funded by Halstead, the show features real estate news, up-to-the minute mortgage information, neighborhood features, and available properties in all locales. Halstead agents are also offered the opportunity to buy air time to showcase their available properties.

According to Ruttner, Halstead executives were instantly attracted to the show's potential. "We had just finished editing the pilot and showed it to Halstead, when a New York Times article came out about a national real estate show so we were approved right away," said Ruttner. "There is definitely a market for this information."

On the national television scene, cable network Bravo is slated to premier a show called Let's Buy a House, but information on the show was unavailable at press time.

The Learning Channel (or TLC, as most people call it) has become known for such successful decorating shows as Trading Spaces. Over the summer, the channel will introduce Property Ladder, an American show based on the British show of the same name. According to a TLC spokesperson, each one-hour show will focus on a different consumer who is anxious to become a property developer. The person will purchase a property, renovate it and re-sell it—a practice called "flipping,"—hopefully making a profit. Kirsten Kemp, a designer, realtor and consultant, will host the show, providing insight as to what went wrong and right along the way. The show will debut on Saturdays in June and 12 shows will be produced this season.

"Everyone you talk to seems to know someone who has tried to flip property," says Char Serwa, the show's executive producer. According to a recent article on www.cnn.com, the homeowners featured on the show are footing the bill for the property and the cost of renovations, and seasoned carpenters and designers won't be pitching in to help—unlike other shows such as Trading Spaces or Extreme Makeover: Home Edition.

Will these shows still be popular in the next decade or will they disappear if the real estate market takes a downward turn? "Consumers want more than get-rich quick schemes; they want to know how and where to invest," says Campins. "Real estate is a great investment and I know these shows are here to stay." 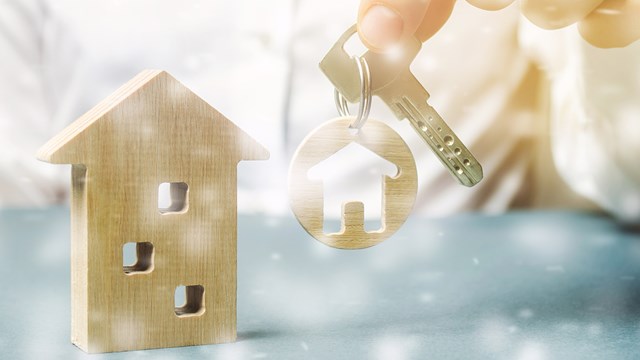 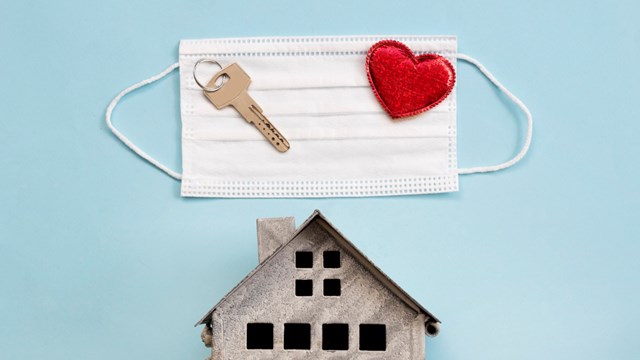