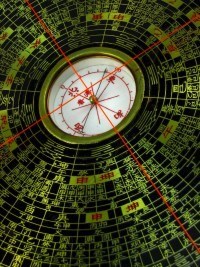 Ever wonder why you suddenly get a feeling of relaxation and tranquility upon entering certain spaces, and your blood goes cold in others? Why some homes just feel happy and harmonious the moment you cross the threshold, and others just don't?

According to practitioners of the ancient Chinese practice of feng shui, your gut reaction to a space may have a lot to do with its "chi" or energy. Feng shui (pronounced "fung shway") is often called the "Art of Placement," and is sometimes touted as an art, sometimes as a science, and sometimes as a philosophy. It is actually all three, and its practitioners say its effects can be felt in the mind, body and spirit in ways that either uplift or diminish one's personal "chi." More and more over the past decade, interior decorators and designers have been incorporating feng shui into their work

Feng shui, literally translated, means "wind water," and refers to the ancient Chinese practice of considering landforms and sources of water when selecting the optimum setup for a home or a burial ground. In Chinese philosophy, balance and harmony manifest when the two polar energy forces of yin and yang exist simultaneously, balancing each other. These forces are malleable through the manipulation of the five elements (wood, fire, earth, water and metal), and can be moved in positive or negative directions by a number of influences.

In the case of an apartment, those influences can include everything from lighting and floor plan to the materials used in the décor and the placement of furniture and artwork.

Keeping these principles in mind, Jennifer Ellen Frank, a feng shui designer/consultant with Ten Thousand Ounces of Gold in New York City, combines feng shui with other decorating principles. Frank's process of design begins before she even steps into a client's home.

"Before I get to your house, I will ask what your birthday is, using the Chinese astrological chart. I need this information to personalize your consultation. Then the building itself has a birthday. It's very mathematical, what I do. And then I have my compass, called a luo pan, and I measure the facing of the building from the outside. After I finally get into the apartment, I consult a floor plan, either given to me or drawn. I survey the space, looking for certain things.

"It's not just looking for clutter; I am just looking to see if there is energy moving," continues Frank. "Sometimes you walk into a place and you feel like you can't breathe. We call that stagnant chi. I am also looking for colors and furniture, what you have in the room."

Tracy Boyce, of Tracy Boyce Feng Shui in Westport, Connecticut, works in a similar way: "I get birth dates and run a Four Pillars Chinese astrology chart, and get a handle on [the client's] personal orientation, since we are all different. It informs me about colors and textures, as well as direction. Personal alignment affects how their desk should face, for example."

"I make a chart that tells me which elements need to be balanced," continues Boyce. "If someone has a 'weak fire,' which could be red, orange, or purple, they could accent with red pillows, or I could place family photos in a triangle. If we need more fire, it doesn't have to be candles. Creativity can solve the problem."

Frank agrees: "Different decorating elements can be substituted for literal elements. Fire is lighting, earth can be a terra cotta floor or granite countertops, metal is a fridge, water is mirrors, and then wood is wood."

The bedroom is a common starting place for feng shui recommendations. Positive imagery is an important aspect of keeping good chi. "Single people who want a relationship, yet keep pictures of single people staring out into space are not helping themselves," says Frank.

The dining room is often a problem area with clutter. "People use their dining room table as a dumping ground," notes Boyce. "I like to make sure that an entrance invites energy in. There should be a clear path to enter, and it should be open and easy and inviting."

So where did all of the ideas of good and bad chi that make feng shui what it is come from? Most sources place the origins of feng shui in China, somewhere between 3,000 and 4,000 years ago, as a quasi-architectural guideline set for imperial gravesites and palaces. Boyce believes that its origins may go further back than that.

"Feng shui is a hybrid of knowledge," says Boyce. "Before they had religion they had philosophies, and eventually the Chinese embraced Buddhism, which was an import from India. When they wanted to build temples, they imported that technology as well, the sacred geometry." Indeed, Boyce began her feng shui studies in India, where the practice is known as Vaastushastra.

China was the stronghold of feng shui for thousands of years until the 1960s, when according to Boyce, the macrobiotic movement in Europe first imported the ideas to the West. "They wanted to keep their bodies, their temples clean to keep their interiors and exteriors in order," explains Boyce.

The two primary schools of feng shui are the Form School and the Compass School. Form School Feng Shui focuses on the arrangement of forms or objects in and around a household to achieve optimal chi. This school of feng shui is more of a fine art than a strict science and is very flexible in meeting needs and honoring personal tastes of clients while improving chi flow.

Compass School Feng Shui relies on the use of a luo pan, or Chinese compass, and the birth information of homeowners, to assess their environments. Based on numerical findings, the compass school is thought to be especially useful in the construction phase of a new home or building, when decisions about placement of doors, windows, and walls can be made from the ground up, so to speak.

Other schools and subgroups have added their own interpretations and practices as well. The feng shui that's practiced today has gone through many transformations from the original ideas, conforming to technology and the world's advancements.

Professor Lin Yun, whose Black Hat school is based in Berkeley, California, brought feng shui to the west coast from Taipei, and refined it. Black Hat feng shui is the most widely practiced school in the U.S. and incorporates design, psychology and modern elements of society.

"In its journey to the West, Black Hat feng shui has absorbed new customs and inventions today," according to Professor Yun's website. "Its modern cures include lights, electricity and heavy machinery. And the placement of microwave ovens and computers is given serious thought."

Maxine Shapiro, a feng shui consultant in Newton, Massachusetts, describes the implications of using the design elements of the ancient practice. "Feng shui is a way of connecting spiritually with nature," she says. "Many times a problem will start in the home environment. As a health professional, I use feng shui to assess where the environment may be negatively affecting a person's health. The environment doesn't have to be perfect—it just has to be balanced." When this balance is achieved, Shapiro says the occupants of a home will thrive and enjoy improved happiness, health and prosperity.

"Energy moves," says Boyce. "Energy is real and it flows. Blockages need to be addressed so that you can maximize the energy flow in your space and your life. When one is in balance, they're going to feel better, have more energy, and be happier. It clears the way to what you want. You are living in not just a physical space. It is a reflection of your inner self."

Boyce adds that she and other feng shui practitioners are seeing a spiked interest in the Art of Placement. "People are becoming more aware," she says. "The West has been very material and wealthy, and the East has been more spiritual, but poor. The interest here is a factor of the balancing of these interests."

"9/11 shifted everyone's priorities in the city," adds Frank. "People want to calm down. After a space has been 'feng shuied,' you sleep better, you function more clearly, and you start to get what you want because your space is so aligned. And no one wants to leave—people come over, and they won't go home!" 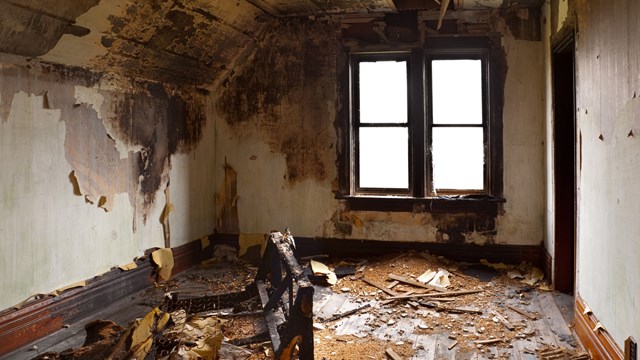 After Burn: What's Next for a Building Following a Fire

What Professionals Should Do to Help Those Impacted