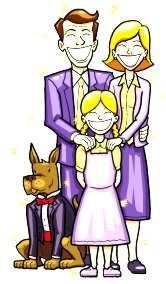 Unless you’re a Broadway star, the thought of having a spotlight pointed at you probably is not that appealing. No doubt, most prospective co-op buyers feel that kind of “center of attention” pressure when it comes time to go before the board of directors for the traditional building approval interview.

Although picturing those board members in their underwear isn’t likely to calm your nerves, there are plenty of other ways to put your best foot forward and shrug off the stress that inevitably arises in these situations. With the right attitude and the right preparation, the interview can be the beginning of a long, happy life in the co-op of your dreams.

The Devil’s in the Details

A successful interview starts before the talking even begins. It starts with the written application. “By the time the board decides to interview someone, they should have made a decision already on whether or not that person is qualified,” says Richard Grossman, director of sales/downtown for Halstead Property. That does not mean that they already have decided whether or not to admit the person. It simply means that the person has met the basic standards of the application process.

Before a potential buyer gets too invested in a building, he or she should learn “what the building will or won’t accept in an applicant,” Grossman says. Ask around. Talk to your realtor. Talk to residents or neighbors to learn the tenor and culture of the building. If it’s a building filled with families and you’re a twenty-something single man, it might not be a good fit. If you’re a practicing psychologist looking to invite patients to a home office, that might not fit well with the other residents’ view of their building community. “Don’t try to do something that the building won’t accept,” Grossman says. “For example, if the building doesn’t allow parents to buy units for their children, then don’t try to buy a unit for your son or daughter.”

Honesty is another imperative in the application and interview process. Above all else, “be truthful,” Grossman says. When it comes time for the interview, the board will be looking to see if there are any discrepancies between what the applicant has put down in their written application and what they are telling them face to face in the interview. Most of the application should boil down to questions of finance and intent—are you fiscally qualified to live there and are you being truthful about your reasons for buying in the building? Is it going to be your full-time residence or something else? Is it going to be a home office or a space to stop for the weekend? Most of all, will those intentions fit in with the board’s expectations? It is important to think these questions through early in the application process and then stick to your guns when the interview questions start to fly.

Up Close and Personal

Anytime tough questions are being asked in a room full of people, tempers can flare and tensions can rise. It’s just human nature. And personalities and hurt feelings can play a huge role in determining how well things are going to go. “Nobody likes to be turned down,” says attorney Phyllis Weisberg of the Manhattan-based law firm of Kurzman Karelsen & Frank LLP. “I’ve seen applicants with terrible financial records and they’re surprised when they’re turned down. It’s not easy to accept rejection.”

Real estate broker Faith Weinberg tries to tell her clients to keep a positive attitude when they go into the interview. She tells them to try to imagine that “they’re being welcomed into the building,” although she says even that strategy does not always work.

“The nature of the interview is tough,” Grossman says. “I’ve been on both sides of the table. I was nervous and this is my business. You can’t help thinking, ‘Will they accept me or won’t they?’ You’re in the hands of complete strangers.”

Which is why it may be best to simply follow that advice your grandmother always gave you: just be polite. “Just bite your tongue and answer any question they ask you in the most courteous way possible,” Weinberg says.

Trouble arises when people “speak their own mind and get annoyed at what the board is asking,” Weinberg says. The applicant can end up “saying something the board doesn’t like. And then the board resents them and doesn’t pass them. They don’t have to give a reason for that rejection either.”

Which brings it back around to honesty. Simply being open and truthful is always the best policy. “If there are things on your application you need to explain, then give the board an honest, detailed explanation,” Grossman says. “The board will likely give the buyer a lot of leeway if they feel the buyer is being honest with them.”

This is particularly true when it comes to financial issues. If your finances don’t quite match the board’s requirements, don’t get steamed. Depending on the type of building, if they think you could be a good fit personality-wise, they could come back to you with options, such as placing a larger down payment or securing a qualified co-signer. You can suggest those options as well, just wait until after you’re officially rejected. If you do ask about these alternatives, keep the message positive.

That honesty, however, does not mean spilling out every last detail of your life story. Problems can arise, Grossman says, when the applicant “gives out information that wasn’t asked of them. All of a sudden, a person’s love of rock music played at loud levels comes up. Or they suddenly reveal that they’re going through a divorce and now the board is going to worry that they can’t pay for the co-op on their own. This is not a confessional.”

Compliments can go a long way toward ingratiating yourself with a board, too. “They may ask you, ‘Why did you choose this building over another?’” Grossman says. “It’s like a woman asking you how she looks in a dress. She’s not looking for an opinion necessarily. She’s looking for something complimentary. It’s not the time or place to tell the board something you don’t like about their building.”

For the most part, prospective buyers should not view the interview process as an adversarial activity. “Even for the people asking the questions, it’s an awkward process,” Grossman says. “The board recognizes it. All they really want to find out from the interview is, ‘Will this be someone who will fit into the building?’ They just want to get to know the applicant.”

What happens when things do actually go wrong in an interview? What happens if a prospective buyer feels that they may have been discriminated against or been asked an inappropriate question? For the most part, this type of thing does not happen nearly as often as people think it does.

“Boards have to be careful inquiring into certain areas such as marital status,” Weisberg says. “For example, if there is a couple buying a co-op together, you don’t want to inquire as to whether or not they are married. You want to find out what kind of people your applicants are, but you do not want to ask those types of sensitive background questions that could be misconstrued. Stick to the financial questions and to the questions on the application.” Questions about ethnicity, race and religion are absolutely not allowed. “The board has to exercise a certain sensitivity,” Weisberg says.

Says Grossman, “Eighty to ninety percent of the approval process should be based on finances. Also, it should be based on use of the premises. What is the space going to be used for? If the applicant is a psychologist and they expect to see patients and that’s not what the building expects, then that could be a problem.”

If a person does feel they have been discriminated against, then they have the option to go to an attorney. They can request that a letter be written, saying that they have been improperly rejected and threaten action unless they are admitted. They can go the city and state human rights commissions. For the most part, not too many cases actually get to court. Most are settled before they reach that point.

And these days, say Grossman and Weisberg, there is far less reason to even consider going to court. “Most boards do a good job and are not interested in problems,” Weisberg says. “They’re not out to discriminate. Does that mean that it never happens? No.” But it does not happen as often as people think.

“I’ve been doing this for a long time and I’ve never seen a building discriminate on purpose,” Grossman says. “I’m not saying it didn’t happen in the past, but it doesn’t happen now. By the time the interview gets set up, you’re already 99 percent approved. And when there’s a disapproval, it’s usually because something came out that contradicts the application.”

For most potential co-op buyers, trusting in the interview system and entering the process with a positive feeling can help smooth the way toward success. If honesty and trust exist on both sides of the table, then the interview can turn from tough questions and answers to open, easy dialogue—in other words, the kind of conversation one good neighbor has with another.