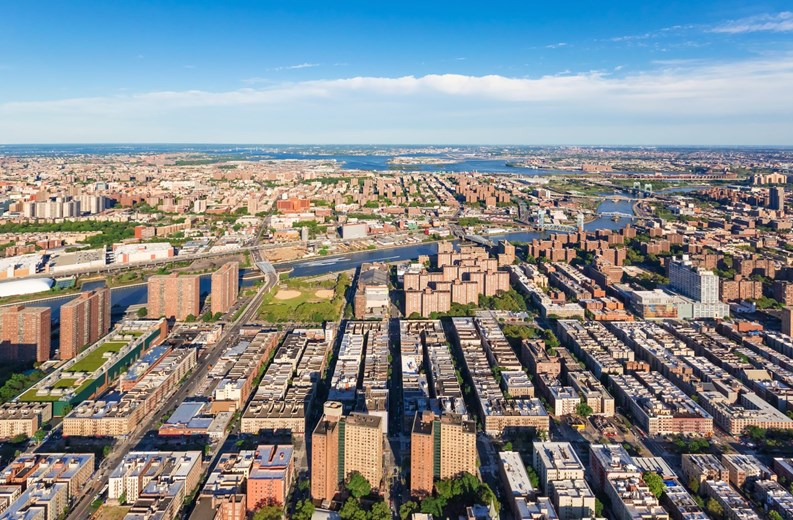 Housing Development Fund Corporation (HDFC) cooperatives were set up some 40 years ago as a means of establishing home ownership opportunities for low-income residents in New York City. The program also served to help the city stabilize neighborhoods during a time when property abandonment rates were very high - and accelerating. But today, the HDFC co-op sector is facing issues related to new regulations, limits on sale prices of units, and the potential loss of tax breaks.

“I recognize that there are a significant number of HDFCs that are struggling in my community,” said Taylor. “I happen to also live in a HDFC in my community, and we are facing foreclosure for the second time. My neighbors and I invested in these properties to secure our neighborhoods from slumlords and improve the living conditions for our children. It is my hope that these forums will be used as a resource for the shareholders, a place where experts can share their knowledge with shareholders and the elected officials can meet together with the city and state officials to find equitable solutions to the problems facing HDFC shareholders.”

At the time of their establishment, HDFC co-ops (which, like all co-ops, are incorporated under the State of New York, Business Corporation Law) were required to sign a regulatory agreement, known commonly as an ‘RA.’ The acceptance of this agreement entitled these co-ops to specific tax abatements under Article 11 of the Private Housing Finance Law.

“Regulatory agreements between the city and HDFC buildings obligates the co-op to perform in certain ways to insure compliance with rules, laws, and regulations to maintain a public interest existence,” said Yetta G. Kurland, an attorney and principal of the Kurland Group, a Manhattan law firm that  represents many HDFC co-ops.

These regulations apply to many aspects of co-op life, including management requirements, leasing of units to non-owners, sales and subletting, financing, reserve fund withdrawals, and leasing of non-residential space. While RAs were standard when these co-ops were formed, there is some difference of legal opinion as to whether they are required under Article 11 going forward, and there is clearly a necessity for, as Kurland mentions, “a legislative fix. It’s about insuring affordability and recognizing homeowners’ equity.”

The question for many successful HDFC co-ops is whether the regulatory agreements are productive or stifling. “There is in theory a benefit of an RA,” said Kurland. “The current proposals from Housing Preservation and Development (HPD) don’t empower the buildings or the communities as presented right now. Part of the problem we are seeing is that all too often, these co-ops are being set up to fail.” She believes there will be a resolution of the problem through scheduled future hearings.

Another main issue is a requirement for all HDFC properties to retain third-party management, explained Blanca Vazquez, one of the panelists and a shareholder in a HDFC building. Many of these buildings are successfully self-managed, and have been for many years. It should be noted that the latest proposed re-writing of the Regulatory Agreement has been withdrawn due to public pressure and activism on the part of HDFC unit owners.

One of the panelists at the forum, City Councilman Mark Levine, who represents District 7 in northern Manhattan, said: “HDFC buildings are a critical pillar in New York City affordable housing programs, and are unappreciated.”

The meeting was the second in a series that will run through November. The first forum held last August focused on the continuing foreclosure crisis in HDFC properties; the next two will focus on governance and financing, respectively.

“I would like to see creative solutions develop out of these forums, so that effective legislation can be drafted, modifications to existing laws can be proposed, and hearings held to educate all stakeholders on ways to improve and support the HDFC community,” said Thomas.

The Cooperator will feature an article on the foreclosure issue facing HDFC buildings in its October edition.

daria syneoka on STAR on the Rise:
I moved from one apartment to another in the same coop. What I can do to get STAR in new place?
Marcia Bent on Manhattan's Crown Jewel-Keepers:
To the Central Park Conservatory Thank you for keeping Central Park beautiful for all of us to enjoy. The Central Park grounds are so well…
carole Pinto on A Mortgage Primer:
can the board president refinance a mortgage without a vote from shareholders?
Barbara Tulko on Refinancing Your Underlying Permanent Mortgage Like a Banker:
What are the FNMA guidelines for obtaining a refi of an Underlying Cooperative mortgage in NJ. 55 units, all individually owned, $2 millio…
Robert Stein on Fraud Detection for Co-ops and Condos:
January 30, 2021 – Board 1 and STILLMAN wants us to borrow 4 Million—*STILLMAN? WE WISH to THANK the Lesser Law Group (ATTORNEYS of BOARD 1)…