Do not show again [X]
By Michael McDonough   2003 Jul Finance

Sometimes a board has no choice about when to repair or replace some building feature or piece of equipment. If the boiler goes on the fritz in January, for example, it has to be fixed - period. Other projects, like interior design and renovations, can be scheduled more deliberately. In addition, the timing of certain exterior maintenance and repair projects can have an impact on how quickly they get done and how much they end up costing the building. By bidding and scheduling strategically, boards can save time and money on a renovation project.

The weather is perhaps the most critical factor that can influence the timing of exterior repairs - in contrast to interior renovation, which can be conducted year round. The winter months, however, can be an ideal time during which to collect bids from contractors, who will commence work on the project by early spring, or to do prep work or planning. Or, a board can always hire a construction manager to handle scheduling, the procurement of permits, and inspection of the work.

The Most Wonderful Time of the Year

When it comes to the busiest time of the year for contractors, "it's really dependent upon the scope of the work," says Jason Fox, president of Astral Construction, a Bergenfield, New Jersey-based construction-consulting firm. "With exterior work, you want to bid it in the last quarter of the year or the first quarter of the New Year. I think those are optimal times." That way, he explains, work on the actual project can be carried out until November.

"You can't ignore the whole concept or importance of weather," concurs Wayne Bellet of Bellet Construction Co., Inc. in Manhattan. "You're unable to put wet mortar in a faÃ§ade when it's cold. Obviously it would freeze and if you did it would just pop prematurely. But what you can do if the weather is working against your actual progress of a job is do the planning phase. People overlook the magnitude of the conception, the design, the bid process, the award process and then, the actual work itself," says Bellet.

Each project has a growth cycle from conception to completion, Bellet says, so it's imperative to do proper planning first to prepare for a contractor's busiest season, which is usually early spring to late fall, when the bulk of the work can be done, he explains.

"Exterior contractors are busy from March 1st to December 15th," says Eugene F. Ferrara of JMA Consultants Inc., an engineering consultant firm for the co-op and condo market based in North Bergen, New Jersey. Additional factors also come into play, according to Ferrara. Contactors balance a heavier workload during the Local Law 11 periods. (Local Law 11 is a five-year cycle governing exterior renovations to prevent hazardous debris from falling from crumbling faÃ§ades.) Therefore, Ferrara says, "The busy season for contractors is every five to seven years. And that has a two-, two-and-a-half-year window, which would be from late 2004 to about early 2007."

"If it's interior work," Fox adds, "that can go on any time of the year. Exterior work usually you want that bid in January, February, March or April, so that way you can start actually working as the weather breaks, which would be in April. A lot of the materials are temperature-sensitive to the elements." Those include sealants, coatings, and mixes, which need to remain at an ambient air temperature of 40 degrees or higher.

Contractors agree that weather is the single largest factor that impacts the scheduling of an outdoor project. "The materials are all available, the men are available, it's just the weather," Fox contends. Certain kinds of exterior work - such as roofing - are temperature-sensitive. "It really isn't a great idea to start a roofing job in the dead of winter, because you get a tremendous amount of snow, and you have a problem getting that snow off the roof to continue work," Fox says. He adds that any kind of coating job should be avoided during that time of year as well, and that exterior work should be shut down by mid-November. By that point, the colder temperatures mean that materials do not stick or set up properly, or don't cure as they should.

Says Bellet, "The cold weather months lend themselves to lots of desk time and in our industry - lots of down time. When there's snow on the ground and it's just frigid, we cannot work, we are unable to work. So consequently we take vacations, we wash trucks, we clean our offices. We are busy but without much to do, so that would be the optimal time of year [to plan projects] whenever it's inclement."

Rainy seasons are very hard to predict, Bellet says, noting that this year especially it was difficult to work from about December all the way through most of June because of the unfavorable weather - unseasonably cold winter months, followed by what has gone down as the wettest spring in decades.

The building department, Fox cautions, can tie things up. With interior work especially, "once you start to open up a wall and do your work, it has to be inspected before the wall can be closed back up and you can continue with your finishes."

Beyond that, "The only other thing you have to be concerned with [in terms of] scheduling is the lead time on certain items," Fox points out. Exterior jobs, he says, typically don't have a lead-time of anything more than two weeks - unless you're talking about windows. When dealing with a window project, as much as twelve weeks could elapse from shop-drawing approval to actually procuring the windows.

Certain jobs, says Bellet, such as pouring of concrete, just can't be done when the weather is either too hot or too cold because the materials will crack and spall prematurely. Things like caulking, paint, and concrete all have different cure and drying times, he says.

Fox says that when starting a project, getting the architectural plans filed and securing permits can take anywhere from eight to 10 weeks, depending upon how backed up the city is. From there, the building department has to review the drawings, which otherwise will be kicked back to the architect or the engineer several times before the city approves the drawings and issues a permit. "That can impact your scheduling," Fox says. "And then you have to have city inspectors come and inspect before certain interior work can get done." For example, he elaborates, before a wall can be closed up, it requires both the plumbing inspector and the electrical inspector's approval. If they're backed up, the project might be delayed another week to 10 days.

Sometimes the very nature of the profession itself affects the scheduling of a project. In the case of a plumber, for example, Fox says that "when heating season resumes at the end of September, they might be more tied up because of emergency work. But if they've planned a major renovation, they've got a crew all set up to do it."

Along with the amount of time it takes to finish a job, the cost of a project also varies depending upon the time of year for which it is scheduled - especially if it happens to be during a peak period. "From a purely practical standpoint, when contractors need work, when they're booking up their season"¦then they might bid more competitively," Fox says. If a board is looking to do some exterior work and they bid the job, which would commence during spring of the upcoming year, in November or December, they might be able to negotiate a lower price.

"It reverts back to the whole issue of supply and demand," explains Bellet. "If you have a slow winter season and you want to boost yourself as soon as weather permits, there is definitely a buying period in the winter."

Fox, too, agrees that one might secure a better price by bidding in November or December of the previous year. The reason, he explains, is that contractors "want to try to build a backlog up for the upcoming year. If they have a lot of work and the job comes up now, in April or May, they're not necessarily going to give you the most competitive price, because they might have a nice backlog. It really is dependent on the contractor and how much work they actually have."

"The [construction] industry is a little on the downside, so pricing has not been so effective, but the better contractors are being booked," Ferrara says. "So it is best to try to plan before these peak seasons." He recommends waiting for the right person when seeking a contractor for an interior project, regardless of the time of year. A referral from a trusted source often is the best means of securing a qualified, experienced contractor.

What Boards Can Do

A board can most efficiently schedule a repair or maintenance job by allocating sufficient time for the project. Scheduling typically is the domain of a construction manager, who receives input from the client. Ferrara says today's engineers - depending on the management company, some of which have their own construction management firms - are also consultants. Others rely simply on the engineer or the architect, and if that is the case, boards often are not knowledgeable enough. "Sometimes they're not in tune with the marketplace," he elaborates. "They're not buying jobs on a daily basis. I know on a day-to-day basis what the base price should be."

Tackling a number of small repairs at once is another method of efficiently handling maintenance and repair projects. "You may be able to make short-term temporary repairs, and then bunch up the work when there's four or five different things to take care of," says Ferrara. "It behooves [your board and manager] to do as much work at one time as you can. You want to limit the amount of time you have to keep coming back."

If your building is contemplating a renovation, or a major construction project, it pays to consider not only what the final product will look like, and how it will improve the value of your investment, but also whether the time frame you've settled on is the most advantageous, both in terms of contractor availability and value. Intelligent planning can save your building not only days, but dollars. 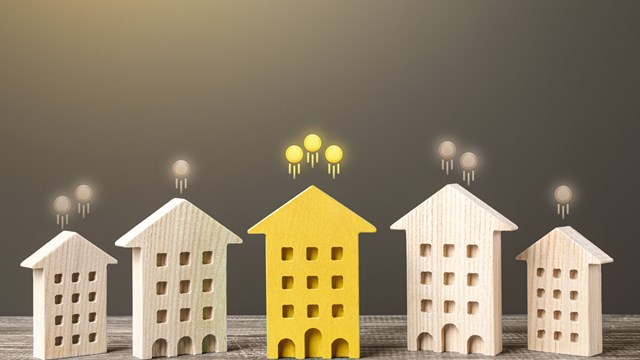