Do not show again [X]
By Jonathan Barnes   2008 July Finance 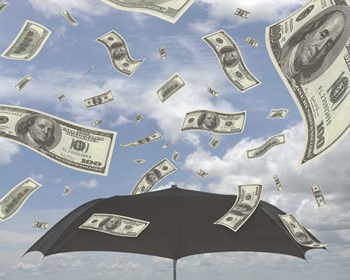 Boston, Massachusetts may seem worlds away from New York City, but the story of one embattled condo building there represents a dire cautionary tale for boards and managers everywhere.

A couple of years ago, the residents of Boston’s Harbor Towers Condominium were hit with a $75.6 million special assessment—believed to be the highest ever in Boston—to cover the costs of repairing and replacing the heating and cooling systems of their two waterfront mid-rises. The one-time assessment, ranging from $70,000 to $400,000 per unit owner, led to a bitter political struggle and panic on the part of some residents who would likely have to sell their units to pay the huge bill, due in November of 2007. According to a letter issued by the Harbor Towers board, 95 percent of the assessment has been collected—but the close-knit building community was torn apart over the issue, and the possibility of a similarly massive assessment being charged in an New York City co-op or condo is not purely theoretical. What if it were to happen in your building, and could it be prevented? The answer is a definite…maybe.

A number of circumstances can lead a board to level a special assessment on the residents of a building. The financial need could be due to a large emergency repair, such as a leaking roof that must have extensive renovations immediately, or some other unexpected outlay. Whatever the reason, special assessments are never popular with residents, and because of that, board members usually hate recommending the fees.

If a board is considering a special assessment, the situation should be fairly dire. A board often will consider a special assessment to fund capital improvements, if the capital reserve fund is too low, or even for increases in operating costs, which is a move that some experts advise against. The need for the assessment must truly be pressing for the assessment to be completely necessary, and the necessity of the fee is what will make it more acceptable to the residents who will have to pay it.

Generally speaking, a special assessment should be used for the purpose of paying for major repairs or capital improvements to the building, says Richard Zendel, a principal of Citrin Cooperman & Company, an accounting firm headquartered in Manhattan. “You really want to limit special assessments to necessary capital expenditures,” he says.

In the view of some industry experts, such as Stephen Beer, a partner specializing in co-ops and condos for the Czarnowski & Beer accounting firm in Manhattan, a special assessment should be a last resort. “A board should do it when they have no other option. Also, unexpected increases in energy costs might lead a board to make a special assessment. That’s a time when it’s common for the board to add a fuel surcharge, for example,” Beer says.

Budgeting correctly is half of the battle of avoiding the irksome special assessment, according to Zendel. “Smarter budgeting is knowing not to do a special assessment for operating costs, such as for fuel prices. Five years ago, a number of buildings had to do a fuel surcharge assessment because of rising fuel costs,” he says.

Members of the community need to realize that in most cases, the board is responsible for making the decision to levy such a fee. The specifics of that authority depend upon the community’s bylaws. Some bylaws have limitations in terms of how much money the board can spend, but most buildings give the authority to levy assessments to the board.

“Residents should be very diligent in deciding who they vote for, depending upon what issues they’re concerned with,” Beer says. “The board’s got a fiduciary responsibility to maintain the building. The people on the board are also paying the assessments.”

When an assessment is necessary, board members and other residents must know how to deal with the process in a manner that causes the least amount of grief and aggravation for everyone involved. How a board conducts the process is nearly as important as when a special assessment is made. Because of the sensitive nature of a special assessment (people are being required to pay more money, and won’t be happy,) keeping the residents informed is paramount.

Industry experts suggest that a board first spread the word about a special assessment through the building’s newsletter. The issue should be discussed at a “town meeting” style get-together called specifically for the purpose of discussing the assessment. The fee also should be discussed at the building’s annual meeting. Finally, sending a letter to each of the unit owners, explaining what the assessment is for and what will be done with the money should smooth the way a bit. It’s harder for people to disagree with something they know is necessary, and which they also recognize is their responsibility.

Even after being duly informed of an assessment, some residents will protest the charge, and threaten to not pay the fee. In other situations, an unexpected $5,000 to $50,000 fee might be very burdensome for some unit owners. Because of this socioeconomic reality, some boards may decide on a case-by-case basis to allow the resident to pay the fee over six months or more. Other boards will give residents that pay the fee upfront a reduced rate, while allowing other owners to pay the amount over time, in some cases up to three years.

Withholding payment of a special assessment is futile, and could be dangerous for an owner, since a board may have the right to seize the owner’s unit if he fails to pay the fee. “In a worst-case scenario,” says Zendel, “the board would have the ability to take your unit from you for non-payment” of the assessment fee.

It’s also not fair for all of the residents to not make everyone pay the fee, Beer says. “It may come down to the fact that people may need to move to another building if they can’t pay,” he says. “We see people ultimately pay.”

Residents who are irked by the suddenness of a special assessment need to remember that they share their building with many others, and all are responsible for the upkeep of the property. Some of those residents, notably board members, are keeping a closer eye on operations of everyone’s home, i.e., the structure.

“The building is your home, but it’s also a business. The board has a fiduciary responsibility to make sure the building is running well,” Zendel says.

That responsibility doesn’t always mean that the board will exercise farsightedness with regards to planning for and expecting capital emergencies and building improvements. Boards change regularly through elections, and maintaining continuity between changing boards is not always entirely possible. Every resident, though, should know that the board must ensure that the building has a solid fund to deal with facility improvements. Failing to have such a fund can lead to future financial hardships, in the form of assessments, that all of the residents will have to bear.

While certain changes—such as soaring fuel prices—may not always be predictable, the need for a residential building to have a healthy capital reserve fund is something every resident should understand. Having such a fund will usually take care of the physical needs of the building, removing the need to charge residents with any “extra” fees. Other ways to avoid having to require a future special assessment also involve socking away community funds to pay for expenses that could arise.

“You have to have a long-term funding mechanism that puts money in the reserve fund,” Beer says. “You should never stop doing that.”

Another way to avoid an assessment and still generate needed cash is by taking on more debt. Experts warn that taking on too much debt will affect purchase prices of units in a building, so there is a fine line between the short-term and long-term costs and benefits of such a move. A more common step these days is to refinance.

Having the correct amount of continuous funding for a building also will help to avoid the need for an emergency assessment. The rule of thumb, Zendel explains, is that you want to have 30 to 40 percent of your annual budget available in cash. “Therefore, you have some funds to use. Buildings that operate month-to-month have a hard time surviving,” he says. 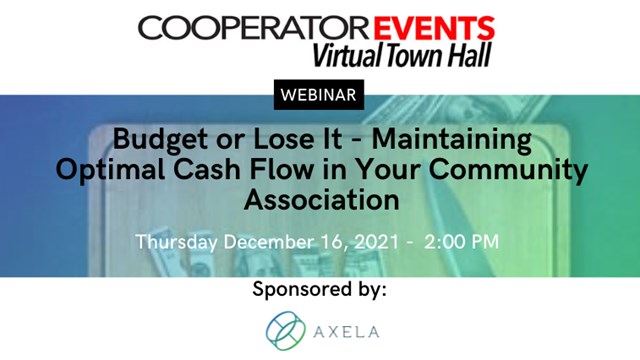