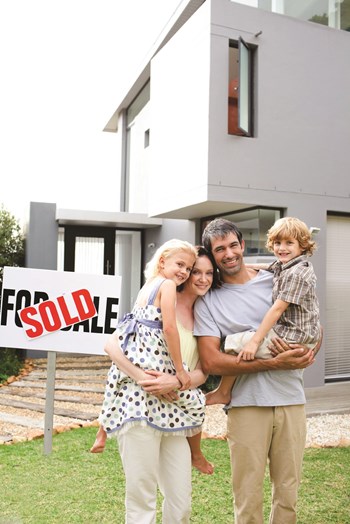 When finances get tight—the last recession period comes to mind—boards and managing agents often look for ways to increase revenues or decrease expenditures. In some cases, the answer is a flip tax, a “transfer fee” that is paid to the co-op or condo association by owners who sell their units.

“Flip taxes are extremely beneficial as an ongoing funding source for building reserves and capital improvements,” says Richard Montanye, CPA and partner with the Uniondale-based tax and business consulting firm, Marin & Montanye, LLP. “Buildings that have flip taxes generally have fewer assessments and perhaps may have lower debt levels as a result of this additional funding source.”

A flip tax, or transfer fee, is not a new business practice in New York. The former name is somewhat misleading as a “flip tax” is not a tax nor it is deductible as a property tax. Rather, it is a transfer fee payable upon the sale of an apartment by either the buyer or the seller back to a co-op or condo.

In most cases, flip taxes are considered a method to help raise money for a building’s overhead expenses without raising maintenance fees. Norman Prisand, CPA and  partner with the Plainview-based accounting firm of Prisand, Mellina, Unterlack & Co., LLP, explains that there are numerous types of flip taxes. These include a flat tax fee, a tax fee based on shares allocated to the tenant’s apartment, a tax/percentage based on the sales price of the unit and a percentage based on the net profit of the sale. “We have seen all these different formulas,” says Prisand.

Attorney Eric Goidel, senior partner with the New York-based law firm of Borah, Goldstein, Altschuler, Nahins & Goidel, P.C. further explains the pros and cons of the three leading flip tax formulas. With a fixed dollar amount of the common interest, he says the amount could quickly erode due to inflationary pressures. As a result, he advises that a mechanism be established so the fixed dollar amount is tied to inflationary changes.

With regard to a certain percentage of a resale price, he says this figure generally falls in the range of three to percent of the sales price. “In some developments where there is a right in the board of directors to purchase a selling shareholder’s interest for book value, these flip taxes can rise significantly.” Goidel continues. “While the easiest to administer, this type of flip tax can be inequitable for residents who purchased at the height of the market, only to be selling for a price lower than that which they had originally paid. The specter exists that someone might be losing money on a sale yet paying a flip tax.”

While considered more equitable, a percentage of profit formula can capture a portion of one’s gain, however. Goidel says what constitutes a profit is often open to debate. Prisand agrees adding, “If it’s based on profit, then you have to define the word profit and what is going to be allowed as a deduction to achieve the word profit,” says Prisand.

“Obviously there are the initial acquisition costs and the outgoing transaction costs. But what do you do with respect to improvements made to an apartment during the period of ownership?” Goidel offers. “What improvements would be needed to constitute a change in the basis and should the value of the improvements be amortized over time? This method of calculating a flip tax also requires significant recordkeeping and is occasionally prone to fraud.”

While it is hard to pinpoint the first instance of a transfer fee, the flip tax movement began in the 1970s and has been a standard practice ever since. The reason it became a popular was due to conversions of countless occupied residential buildings to cooperative or condominium ownership, notes Goidel.

“At that time, existing tenants were offered an insider price which was often at a significant discount to the price offered to outsiders. Many residents who were desirous of moving out of their apartments held onto their apartments to be able to exercise the lower insider price and thereafter sell at a price approximating the outsider price,” says Goidel. “Many of these people were essentially flipping their apartments. Thus the name flip tax emerged with the goal to capture a portion of that often significant profit. Due to the fact that condominiums are real property and there is a general tendency to minimize restraints on alienation, flip taxes are more prevalent in cooperative buildings than they are in condominiums.”

Montanye estimates that roughly half of all residential buildings in New York have established some form of flip tax. And while he adds that flip tax as a practice came into vogue in the 1980s, there are records that transfer fees occurred decades earlier. Although there is no statistic today defining the number of co-ops that currently employ a flip tax in their building, a study done by the Manhattan law firm Stroock Stroock & Lavan, LLP some years ago estimated that nearly 60 percent of co-ops in New York have a flip tax in place.

“The primary origin of flip taxes was to prevent investors from buying and selling apartments quickly in a rapidly escalating price market,” says Montanye. “There are buildings built as cooperative earlier in the 1950s that had an apartment transfer fee from the beginning of their existence.”

Whereas Montanye adds that historically flip taxes were more common in cooperatives, there has been a market change in recent years. “Flip taxes are becoming more popular in condominiums than they ever have been,” he says.

Robert Mellina, Prisand’s partner, says he has seen certain governing documents referred to a flip tax as an option waiver fee. It’s also been known to be called a resale contribution.

“It’s much more difficult to implement a flip tax as a new item in a condominium because of bylaw restrictions, such as needing two-thirds or three quarters to vote it in and getting a quorum is difficult because many of the people don’t live in the building or are foreigners, who don’t give proxies,” says Prisand.

Goidel adds that while many cooperatives and condominiums have some form of policy to collect money for a reserve fund from selling shareholders or unit owners, unless the policy is part of the underlying documents (in a cooperative in the proprietary lease and bylaws and in a condominium in the bylaws) it is difficult to establish a flip tax policy years after a conversion.

Does Your Board Flip?

Whether flip tax policies are included in the building’s original governing documents or are introduced later by boards, the New York Department of State dictates that a transfer fee must be disclosed in the cooperative or condominium’s underlying documents.

“The flip tax should be highlighted as a special risk if it is part of the original offering plan. Bylaws of a condominium are an exhibit to the declaration of condominium which must be recorded at the time of the formation of the condominium,” says Goidel. “Boards which attempt to utilize this language to support a position that the board had the authority to impose a flip tax have found that courts struck down that authority as the right to collect fees was expressly limited. There are no real governmental agency oversights on the imposition of a flip tax. The oversight has been judicial.”

Mellina explains that recently a client had to revisit terms of an existing flip tax statute in their governing documents. The building was located in Queens, New York and had a standing flip tax rate of $10 per share, a formula it had used for decades.

“It does not take into account if the value of the apartment went up. So some of these values were going up 20 to 30 percent or double the value and they [the client] were getting a very low yield in terms of cash,” says Mellina.

“In this case,” added Prisand, “we encouraged them [the board] to amend their formula and they eventually raised it to $30 per share. They got a better piece of the action on the resale. In some cases, having two percent of the sales price could be more beneficial, unless of course the market is in a downturn.”

Whether it is 10 percent or 50 percent, when the unit is sold, the board will receive some funds to offset their expenses. In some cases, the transfer of funds is traditional, while at other times monies are transferred electronically. “The flip tax is typically paid by the selling shareholder or unit owner, although some cooperatives and condominiums charge an entry fee to a purchaser akin to a flip tax,” said Goidel. “The payment is typically made at the time of closing and generally in the form of a cashier’s or attorney’s escrow check.”

If a building does not yet have a flip tax or a transfer fee, which is possible considering roughly half of New York residential buildings have it on the books, boards have to practice due diligence in not only their research and assessment of the business practice, but how it is introduced to unit owners and shareholders. In many cases, shareholders and unit owners may take issue with the practice.

“The implementation process for flip taxes deserves good legal scrutiny to make sure they are permitted under the bylaws and implemented properly,” says Montanye. “This would determine how the implementation takes place. In some instances where there is no current policy, the implementation requires good communication with the shareholders or unit owners to discuss the benefits and any pitfalls as well as to obtain their approval for implementation.”

Experts agree that there are no inherent or significant long term drawbacks to implementing a flip tax or transfer fee. However, when comparing a comparable apartment in a neighboring building where there is no flip tax, Goidel says a slight competitive advantage may be gained by that seller as they can sell at a lower price in a building without a flip tax and net the same sales price. “But residents will likely pay the equivalent of that flip tax in future assessments,” he adds. 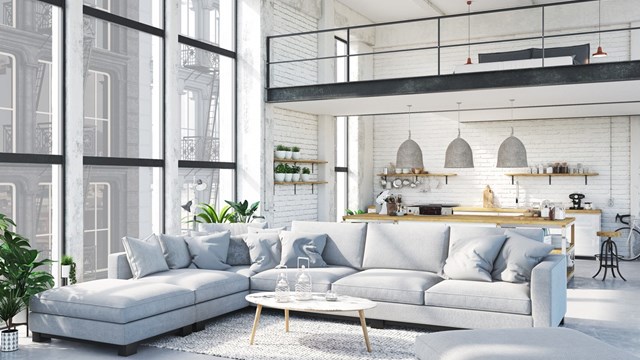