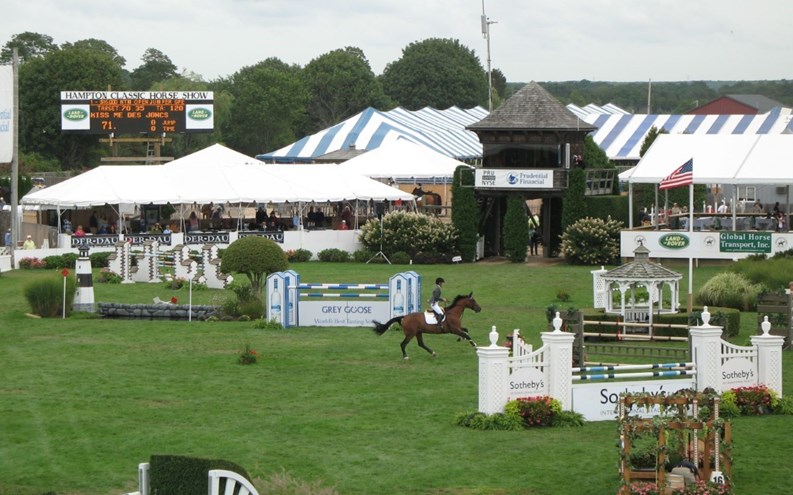 The storied seaside resort is chock full of celebrities, socialites and  billionaires summering in eye-popping estates, and there’s also the communal seaplanes, hipster charities, polo matches and luxury  boutiques, but you’ll also find the share house crowd (up to 40, twenty-something Manhattanites  crammed into a single beach house, summer rental), year-round fishermen, a  community of dedicated farmers and a historically African-American beach  colony. Believe it or not, the Hamptons draws an extremely diverse crowd.

With its cluster of quaint, picturesque towns, long stretches of unspoiled  beaches, rolling hills, abundance of wildlife and a mere 100 miles from New  York City, it was only a matter of time before the Hamptons morphed into a  summer escape.

The area boasts some of the most expensive, residential real estate properties  in the U.S. but that wasn’t always the case.

Nine Native American tribes belonging to the Algonquian language were the first  inhabitants of the South Shore of Long Island. Residents of the East End were the Shinnecock, Manhasset and the Montauks. These  Indians roamed the area in search of deer, bear partridges and quail. They fished in the creeks and dug into the bay for clams. These tribes were known for the fine beads they carved from clams and the shells  from sea snails.

When the Dutch colonists arrived in the mid-1600s, the Indians made peace with  them and used wampum beads as currency in the money system they created. The Dutch named the area Lange Eilandt. The English conquered the area from the  Dutch in 1664 and changed the name to Long Island. The county system was  eventually created in 1683 and with that, came the introduction of Suffolk.

The Battle of Long Island was fought on August 27, 1776 between the Americans  and The British. It was the first and largest battle of the Revolutionary War  and the results were disastrous. By the time it was over, 300 of General George  Washington’s men had been killed, 700 wounded and 1,000 captured. Washington and his men retreated back to Manhattan and British troops occupied  the area for seven years. But, by the end of the war in 1783, the American  colonists had regained control of the territory. Many British sympathizers abandoned the area for Canada rather than live under  the new regime.

From the time of the Civil War around 1861 to World War II in the 1940s,  fishing, whaling and oystering remained important economically to the region.  Soon the area also bloomed for a new breed of settler—seasonal residents, particularly New York City-based industrial tycoons,  socialites and affluent residents from nearby states.

With the expansion of the Long Island Railroad in 1870 to the Hamptons,  well-to-do summer vacationers descended onto the easily accessible area and  sought refuge in luxury ocean-front hotels from New York City’s stifling summer heat.

During this period over 900 mansions were erected in the area. Lavish ones like Jesse Woolworth Donahue’s (daughter of five-and-dime tycoon F.W. Woolworth) 58-room English Tudor-style  estate on Gin Lane in Southampton. The property had a 2,000-foot driveway, stables, two tennis courts, and an  adjacent Tudor-Style beach house, which included a 30-by-60-foot indoor pool,  four dressing rooms with baths and a tap room.

Equally grandiose summer homes were built in the area for wealthy Wall Street  bankers, prominent attorneys, socialites and oil magnates. The estates were  built to house large families, guests (who normally stayed two to three weeks)  and sufficient staff. The elite homeowners and their families engaged in polo, fox hunting, golf,  swimming in the surf and yachting.

The land was flat and expansive, mainly farmland—potato and cornfields. Residents would bring in trees to decorate their estates.

Food stores were scant so most properties were self-sustaining estates that  produced their own fruits and vegetables as well as dairy products. The homes  were usually occupied for three months each year, after which they were boarded  up until the next season—a trend that has survived the Gilded Age, the Great Depression, several  recessions as well as a faltering economy.

The summer exodus to the Hamptons continues today, usually beginning around  Memorial Day and unofficially ending on Labor Day. Wealthy weekenders may  travel via seaplane or helicopter while the more budget-conscious may arrive by  bus (Jitney), rail (LIRR) or the Long Island Expressway (LIE).

The Hamptons offers up surfing, fishing, miles of pristine beaches, a thriving  nightlife scene, luxury boutiques and haute cuisine as well as mom-and-pop  dining options and a growing bevy of world class wineries.

Sagaponack, a town in the village of Southampton was named by Business Week in  2010 as the most expensive zip code (11962) in America. In 2009, real estate website Zillow.com listed the median home sale price in the  tony enclave as $4,421,458. The town boasts a US Post Office, a BBQ joint and The Sagaponack School, a  one-room school for 18 students that employs 12 teachers. Goldman Sachs CEO  Lloyd Blankfein, luxury retailer Coach CEO Lew Frankfort and TV personality  Jimmy Fallon are among the town’s 313 residents. The nearby hamlets of Watermill and Bridgehampton were also  ranked in the top ten of America’s most expensive zip codes.

For a more modest price, you can snag a 3-bedroom, 2.5-bath, 2,000-square-foot  condo in Southampton for $775,000, or a 2-bedroom, 2-bath furnished condo at  Montauk Manor beginning at $325,000. A few of Montauk Manor’s amenities include an outdoor/indoor pool, tennis and squash courts, computer  area, an on-site restaurant, health club and a putting green.

And, after a 32-year battle with the federal government, the Shinnecock Indians  received recognition in 2010 from President Barack Obama’s administration. The 1,292 member tribe hosts an annual Labor Day Weekend  POWWOW on its Southampton reservation. The reservation also houses a museum,  community center and shellfish hatchery. The tribe is currently seeking the  return of 3,500 acres of property in Southampton that would be worth billions  of dollars.

Christy Smith-Sloman is a staff writer at The Cooperator.