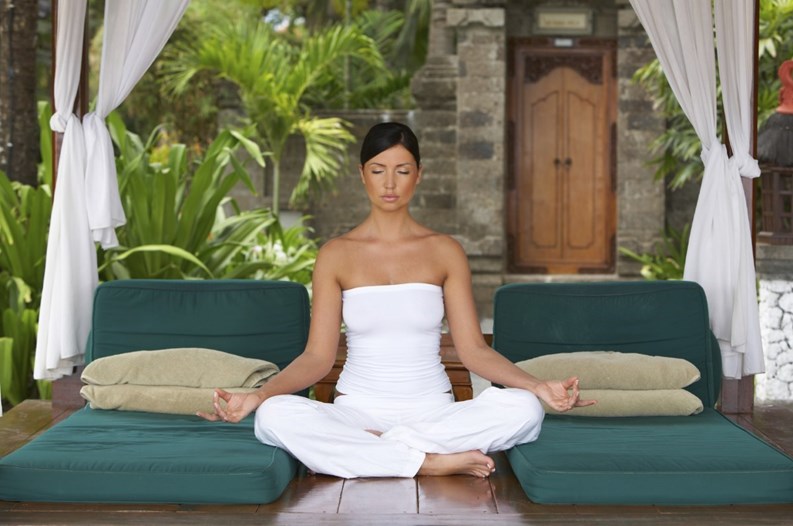 Whether it's demanding residents or unreasonable board members, maintenance headaches or a barely-under-control work schedule, a property manager is in a unique—and uniquely stressful—position. No one knows this better than the property managers themselves. What might surprise the managers, however, is that of all the items listed above, taking care of their own mental health and learning proper stress-deflation methods ought to be a priority as well.

"Property managers have a very difficult job," says Dr. Jonathan Kramer, a business psychologist based in San Diego, Calif., whose clients over the years have included plenty of stressed-out property managers. "They're engaged in this tug-of-war between residents, personnel, boards, and contractors. Managers really feel the squeeze. There are a lot of forces pulling them in different directions."

And just like a rubber band pulled too tightly, over-stressed managers can snap. "Stress can 'overload' anyone and affect their ability to functionnormallyin any capacity of their lives," says Anthony Oltean, an adjunct instructor currently pursuing his doctorate in social work at the University of Illinois at Chicago. "When people don't have an appropriate coping mechanism for their current stress, or their day-to-day stress becomes too great for their normal copingprocesses, anyone can become overloaded."

Lashing out verbally, emotionally, or even physically is a sure sign a manager is overloaded. Other signs of overload include neglected responsibilities and/or isolation—disastrous as the consequences might be, switching off the cell phone and disappearing for a day or two can start to sound really good to an over-worked manager on a particularly bad day.

In addition to those outward indicators of stress, don't forget about the havoc stress can wreak on a person's body on the inside, too. Increased potential for heart attacks, dangerously high blood pressure, erratic sleep patterns, and unhealthy eating habits are all serious health problems that grow from a person's inability to understand and reduce the stress in their life. The good news is, it doesn't have to be like that.

It's All About You

When a property manager feels squeezed so tightly they can't breathe and deeply uncharitable thoughts are starting to play regularly on a loop inside their brain, it's a sign that all those homeowners and contractors have gotten the better of them, right?

Not according to Mimi Donaldson, a West Coast-based consultant, corporate coach, and author of Bless Your Stress. Donaldson makes the distinction that stress isn't other people—it actually lives (and dies) with you.

Choosing to look at the big picture is another powerful, paradigm shift in thinking that can lay the groundwork for reduced stress. Rather than focusing on the negative aspects of the daily grind, opting for a broader view of the work that you're doing can give you some room to breathe. Forgetting the good stuff is a great way to sabotage yourself."

"There's a cartoon in Bless Your Stressthat shows an elephant and a giraffe coming off Noah's Ark, safe and sound," says Donaldson. "One animal says to the other, 'What a lousy trip! It rained the whole time!' Property managers can be like that. They've done 50 things to improve the building, but they focus on the negative, or all the other things that haven't been done yet and end up just surviving, not enjoying their job. The emphasis has to be on the big picture."

"Property managers don't sell widgets," says Donaldson. "Most of your job is keeping people happy, fixing problems, trouble-shooting. A manager's time is their inventory. They have to be frugal about where and how they spend their time. People constantly ask for it, and a smart manager has to push the pause button and assess whether or not it's a good use of the time and energy they've got to give."

Assessing whether or not your agency or parent company is giving you adequate support is crucial, too. All the de-stress techniques in the world aren't going to help if you've got zero assistance from the people who are supposed to have your back when the chips are down. If your firm is engaged in providing you with active support, you'll have a lot less trouble dealing with the stressors on the job.

"Engagement is all about skilled management," says Carol Kelly, Ph.D, a business psychologist in Portland, Oregon. "Managers and business owners who are able to put the right people in the job and pay attention to them in such a way that the employees feel that they count to those in authority. People who enjoy their co-workers, respect and trust their bosses, and have pride in what they do are going to be engaged. That means they do a superior job and are worth keeping."

Having a strong "net" of support and resources reassures you (even subconsciously) that you're not alone—and that can ease a stressful mind better than just about anything else. "Look at your support system at work and at home, and ask for what you need from people around you," Kelly continues. "If you don't get it, you have an entirely different problem."

"So often, managers fail to delegate tasks," Kramer says. "This actually happens a lot with people who are very responsible. They don't trust people to do things the right way, so they end up trying to do everything themselves."

Kramer says that it's imperative to break that cycle. "You don't have to give away 100 percent of a particular responsibility, but maybe 80 to 90 percent of it. Becoming a better delegator often means becoming a better trainer. If you train someone to do a job well in the beginning, then you'll trust them to do a good job with it when you delegate that responsibility to them. Delegating can relieve a tremendous amount of stress."

Donaldson agrees, adding, "People can get into that 'I can do it myself' syndrome and think that if they do it, it'll get done better or faster. Pry your little fingers off that task! Ask yourself if the task is worth doing perfectly. Can someone else do it adequately? If so, let them!"

Many of the delegation problems managers face go back to an initial failure to prioritize. "If everything is of the same importance, everything has to be done perfectly," says Donaldson. "Divide up priorities into groups: 'A' priorities are those that you must do, no one else. 'B' priorities are those tasks that you can train someone else to do. 'C' priorities are really basic tasks, like copying or filing; stuff that anyone could do. People who think everything is as important as everything else are thinking like five year-olds. Prioritize and delegate! If you have this skill, I guarantee you won't be as stressed out."

Different stressors require different reactions, of course. Slow traffic on the way to pick the kids up from school might be considered "light stress," while a natural disaster like Hurricane Katrina definitely goes under the "high-stress" or "traumatic" category. Identifying what kind of problem you're faced with is the second step to a less-stressed life.

The first step? Breathe. "When you're thrown a stressful situation, push the pause button," says Donaldson. "Instead of reacting in a manner you'll regret, stop. Breathe. Check in with yourself. Assess the kind of situation you're dealing with. Look to see if the response you're ready to give is going to achieve, or alienate."

If The Shoe Doesn't Fit…

If you're an over-stressed building manager who's got multiple cell phones with at least 20 missed calls on each, an email inbox that hasn't been touched in days, and a line of angry shareholders outside of your office each morning, it might be a good idea to re-evaluate your career path. Sometimes unmanageable stress is a sign that you might not have found a position that complements your skill set—or satisfies your clients.

"People who try to do [a job] that their temperament, personality traits and skills do not match eventually wear themselves out," says Kelly. "They become bored, tired, depressed, even sick. Often they take out their frustration on the people around them: bosses, co-workers, family, and so forth. If they manage to stay in the job, they do it poorly—which of course will lead to bad reviews and even dismissal."

In the end, it's part of every manager's job to understand how they personally relate to the stress of their job and then take responsibility for their subsequent behavior. It can be as easy (or as hard) as you make it. According to Oltean, "Everyone experiences and reduces stress in ways that are unique to them. There are no sure-fire ways that everyone can use to reduce work stress. However, it is important for everyone to know their individual capacities and limits when it comes to workloads. Pushing yourself beyond these limits caninadvertentlyplace you beyond your own copingcapacities and set you up for overload."

"Don't try to be a hero," Kelly adds. "Going above and beyond the call of duty is fine for a while, and it may earn you rewards in the short run, but don't sacrifice yourself in the long run."

Mary Fons is a freelance writer living in Chicago.