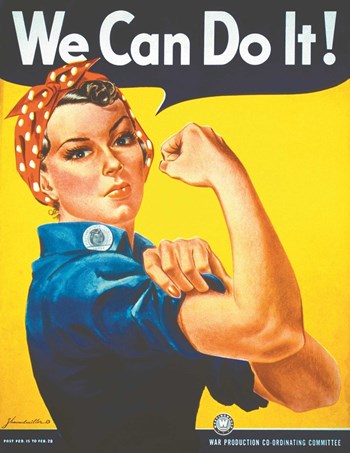 Unemployment is up and apartment sales are down. That’s the trend of headline news lately. But, so far, New York City co-ops and condominiums seem to be weathering the storm in reasonably good shape. According to those close to the situation, boards have not seen significant increases in shareholder or owner defaults on monthly maintenance payments or any bank foreclosures.

“At this point, projected fears about defaults have not materialized,” says

Marc Luxemburg, an attorney with the Manhattan-based law firm of Snow Becker Krauss PC and president of the Council of New York Cooperatives and Condominiums (CNYC). Luxemburg credits this in part to the scrutiny that many boards have traditionally placed on the financial strength of potential purchasers. “Boards have been extremely cautious [with admissions] which has proved its worth in this situation.”

Brian Rafferty, director of operations at Century Management Services, Inc. in Manhattan, concurs—saying his company has seen a very limited number of maintenance defaults. “We are seeing much more communication between shareholders and management,” says Rafferty. In the past, when a shareholder was late in making a payment all correspondence was in writing. Now he is seeing more verbal contact between boards, managers, and shareholders.

Mona Shyman, executive vice president of the Federation of New York Housing Cooperatives and Condominiums (FNYHC) says, “One of the things that is helping right now are the various tax abatements, such as the New York State School Tax Relief (STAR) program for veterans and senior citizens. These and other abatements are usually distributed starting in February and no later than July 1st.” Shyman adds that it’s possible that boards will see an increase in requests for maintenance deferrals or other concessions after July 1st when abatement distributions are finished.

“People will stop paying credit card bills before they will give up their homes,” says Manhattan-based attorney Adam Leitman Bailey about the relatively low rise in the rate of owner defaults. He attributes this to a few factors. “Many New York City families have two incomes, and it is very rare that both are out of work at the same time,” says Bailey.

Bailey also states that younger professionals facing unemployment may get financial help from parents or relatives who helped with original down payments when they purchased their apartments.

Since the majority of items on a co-op or condominium’s budget—such as real estate taxes, underlying mortgage costs and staff wages—are out of their control, the only way to cut expenses is to look at discretionary items. “Buildings are revisiting their capital budgets to see what projects can be delayed or scaled back,” says Rafferty. “They are weighing the value of doing projects for the comfort of shareholders or to increase property values.” He cites an Upper West Side co-op that his firm manages, which made three big changes to plans for capital improvements. “First, they scaled back a lobby redecorating project by $25,000 and split the work into three phases to be completed over a 16-month period.”

Other buildings, however, are taking advantage of the softening market. “We have another co-op located in Midtown that saw the current economic environment as a buyer’s market and decided to do a façade repair project this year instead of next year,” says Rafferty, adding that even for mandatory repairs, “It is definitely turning into a buyer’s market. It is much easier to negotiate reductions.”

Individual shareholders may also take advantage of the increased availability of contractors. Sharon Fahy, the board president for an Upper East Side co-op in Manhattan, says there are a number of residents updating and renovating their apartments now. “They can negotiate better deals,” she says. “We currently have one apartment combination, one sponsor unit renovation and one kitchen remodel.” As for the building’s capital improvements, Fahy says, “We are not taking on any major projects right now. The only project that we had planned was to update hallway carpet, but that has been put on the back burner for now.” She adds that the board is still likely to go through with plans to paint the hallways and apartment doors.

The fact that a co-op and condo building’s ability to generate revenue is limited also compounds their struggle to control their fixed budget items.

Walking down any of the avenues in Manhattan, it’s hard to find a single block without at least one empty storefront. The trend also continues in the outer boroughs.

This puts additional pressure on some buildings to negotiate with their retail tenants. Bailey cites a building he represents in Brooklyn that has a large bedding store as a tenant. “The store sent a form letter to the board of directors asking for a 20 percent reduction in rent.” While Bailey says there was no legal reason for the board to consider the request, he says his client agreed to the reductions. “They would rather negotiate than risk having the store go out of business and end up with an empty space.” He adds that “an empty store can certainly be enough to trigger a maintenance increase.”

Other buildings are taking a proactive approach. Fahy’s building—which does not have commercial retail space or other revenue sources outside of shareholder maintenance and assessments—formed a finance committee to review how they can increase revenue while minimizing the impact on individual shareholders.

One proposal that the committee will make concerns a change in the building’s flip tax formula. “It is the only way to generate dollars,” says Fahy. The current flip tax is $1 per share on apartment sales. “We are looking to change this to a percentage formula but we need to consider how to phase it in and how to protect existing owners. We need to find the right balance,” says Fahy.

“Otherwise,” she continues, “the finance committee is looking at basic financial principles to guide the building, such as having a reserve fund equal to three times the monthly maintenance.” This is a formula typically suggested by banks. Fahy adds that the finance committee is also looking at how to pay for certain large expenses—whether through operating funds, reserve funds or through assessment.

In the event a shareholder or unit owner defaults on maintenance and cannot cure the default, whether a building is a co-op or condominium can make a huge difference in terms of the ultimate impact the default has on the other residents.

“Co-ops go to housing court and can get a very quick summary judgment,” says Bailey. “Condos cannot get a summary judgment and must start foreclosure proceedings, which can take years.”

Additionally, Bailey explains that co-ops have the first lien on an apartment. This means when the co-op sells the unit, they will be paid the maintenance in arrears before the bank holding the loan is paid. In the case of condominiums, the bank has the first lien. If the apartment is sold in foreclosure and there is no money left, once the bank is paid, the burden falls on the other unit owners.

Boards will need to remain vigilant in the coming months, as it is likely that new problems may surface if the recession continues to deepen. In addition to rising taxes and other operating costs, Luxemburg also mentions the possible costs associated with planned green building initiatives. “No one is focused on the dollars right now. Some of these green initiatives will be mandatory.”

As for quality of life issues, Bailey is seeing is an increase in people running “bed and breakfast” type accommodations out of their apartments. Bailey said he represents a three-year old condominium in Chinatown currently facing this problem. “The case must go to state Supreme Court,” says Bailey, “and it can take a very long time to get a verdict. Even if the building wins, the owner has 10 days to cure and move back in.” He adds that this form of illegal sublet compromises the building’s security.

As the implications and consequences of the current recession continue to develop and be better understood, co-op and condo buildings throughout the city will adapt their own administrative approaches to better fit their economic realities. Whether that’s deferring a project for another year, taking a more proactive approach to dealing with defaulting residents, or taking advantage of the buyer’s market for goods and services, creative problem solving and cooperation will be key in determining which buildings weather the storm and which ones find themselves taking on water.

Meryl Feiner is a freelance writer and a frequent contributor to The Cooperator.