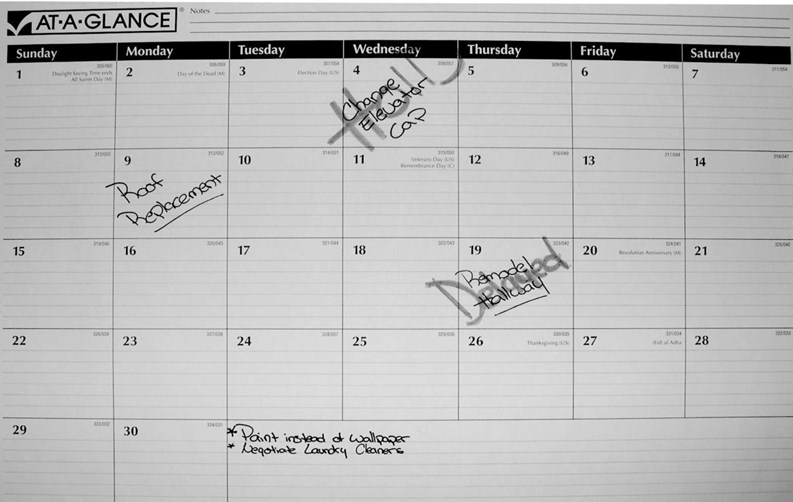 It’s no secret that in this economic climate, everyone is trying to find a way to  save money. For the city’s co-op and condo communities, this has meant a great deal of scaling back on  budgets, cutting some projects and reshuffling plans for renovations, major  capital improvements and even regular maintenance work in some cases.

“People are cutting back,” says Georgia Barton of Manhattan-based management company Morton Andrews, Ltd. “We’re finding that a lot of the more decorative aspects of renovations are being  postponed.”

Greg Cohen, president of Queens-based Impact Management, concurs. “Absolutely, with everything going up, there’s only so much you can squeeze the shareholders with,” he says. “We’re putting things off left and right. Hallways aren’t getting painted, landscaping projects are being put off. I even have boards  who have stopped putting their employees in uniform. Wherever they can save  money, that’s what they are doing.”

Postponing a planned project may be a quick fix for saving money now, but it’s important to make sure a delayed project isn’t going to adversely affect the building’s bottom line in the long run. There needs to be a balance struck between saving  money and going ahead with necessary fixes, or else a too-stringent board can  find themselves facing emergency repairs or possibly costly legal headaches  further down the line.

In any down economy, cosmetic projects and improvements are usually the first on  the chopping block. “Buildings are putting off changing elevator cabs or remodeling hallways,” says Michael Jay Wolfe, president of Midboro Management Inc. in Manhattan. “They hope the economy will settle down and real estate taxes won’t increase significantly. That’s the number-one factor for all these buildings.” Wolfe says that other nice-but-not-essential projects being put on hold include  carpet replacement, changing the light fixtures, and even some kinds of  exterior work.

“Some major capital projects are being put on hold, and some are being phased in,  rather than being done all at once,” says Roberta Axelrod, director of co-op and condo sales and conversions for  Time Equities, Inc., and who sits on multiple boards in buildings across the  city. “We’re seeing this especially in larger buildings and complexes that have multiple  buildings. They may decide to just do one elevator in each building instead of  both. Or they may decide to do three roofs instead of all of them at once.”

For some projects, the work is getting done, but the scope of work is being  reduced. “Maybe the building is still going to do their halls and lobby, but will go with  paint instead of wallpaper,” says Axelrod. “Or instead of hiring a designer, maybe someone in their building will design it.  Boards are taking lower cost approaches to work.”

While it may be prudent to delay some types of projects—even certain capital improvement plans—you can’t put off everything, and some things you should never postpone, period. There  are some projects that a building needs to take care of, or trouble could  follow. Sometimes waiting too long, or making use of quick-fix solutions isn’t the greatest idea.

“Take something like roof replacements,” says Cohen. “What you’re seeing is more patching work now. I’m going in telling [boards] that their roof is past its life span and we’re having roof leaks, but instead of spending money on getting a new roof,  boards are patching it and getting three or four years out of it, instead of  doing what really needs to be done.”

“One thing you should never put off is anything to do with your infrastructure,” says Wolfe. “If you have a badly leaking roof, or a serious condition on a building’s exterior, you want to address that. Those are things that if you do put off,  it can cost you more down the road, because you have increased deterioration  and damage.”

In addition to keeping an eye on things like water penetration, a board should  make sure that their building harbors no other hazardous conditions. “Those things need to be addressed independent of the economic environment,” Axelrod says, “even if you have to assess and borrow money to fix it. There are some things  that simply have to be done, and if you don’t tend to them they can cost you more money later and potentially be a liability  issue.”

One manager cites a situation in one building where leaks have begun to  infiltrate a shareholder’s unit. “We recommended to the board that they hire an engineer and do a set of specs,” says the manager. “The job is $200,000, and the board is putting things off. The shareholder might  turn around and sue them for negligence,” which could wind up costing a lot more than fixing the leaks.

Another item that’s foolish to scrimp on is insurance coverage, tempting though it might be to  boards looking to trim budgets. Reducing coverage may indeed be saving money,  but Cohen warns that it’s not a smart idea.

“We’re seeing boards taking some risks in lowering their insurance. They are looking  to cut costs that way, which could be a dangerous situation,” he says. “We’re seeing boards lowering [their] umbrellas, going from $6 million down to $2  million on their liability portions. We don’t agree with it, but that’s what we are seeing.”

When budgets are tight and getting tighter, it’s important for boards and managers to collaborate and go over all their  projected spending on future projects to determine which are priorities and  which can be postponed.

“Our recommendation is always to get all the pricing for all your projects,  prioritize them, and phase the projects in over a number of months or years,” says Barton. “If you can engage a contractor to do more than one project at the same time and  get a discount, then you can go ahead.”

Such negotiations can be an important step in saving money. Just because you pay  a contractor a certain amount now doesn’t mean he would be unwilling to work on the pricing with you on future projects.  Even getting your building’s cost for plumbing services dropped from $110 to $90 an hour can add up to  significant savings.

“We’re finding that renegotiating terms with some of the vendors is really turning  out to be economically beneficial,” Barton says. “When it comes to mechanical or any type of structural or exterior upgrades, we’re finding contractors are giving us really, really good deals now. We  negotiated on some variable costs with plumbers and laundry cleaners and have  found savings of anywhere from 15 to 20 percent. But you have to negotiate.  Even though there seems to be this reluctance by boards to spend money, we’re finding that costs have diminished because people are looking for work. As  much as boards don’t want to spend, they’re realizing that now might be a good time do it.”

Cost isn’t the only factor that boards are considering. “One other positive for doing work now is that because [contractors] are doing  fewer jobs, the quality of the work is getting better,” Wolfe says. “You’re not having such sparse crews. If companies are slower, they can take more  time on the jobs they do have, and the quality of the work may improve as well.”

Axelrod agrees, and advises boards to not be afraid to ask the professionals  they deal with for help in figuring out ways to save money. “In today’s economic climate, boards are asking their professionals for less expensive  alternatives,” she says.

Another idea is to negotiate alternative payouts with contractors, possibly  spreading out payments over time. “Especially right now, contractors are hurting and there’s not a lot of work getting done, so they may be more flexible about their  pricing and payout terms,” Axelrod continues. “The board’s role is to ask the hard questions. Does it have to be done? Does it have to be  done now? Is there a less expensive material? Those kinds of questions make  sure that things are getting done right.”

Yet another option is to rely more on your building’s staff members, delegating some of the jobs usually outsourced to vendors or  contractors to them instead. It’s important to remember however, that there may be legal or financial  ramifications of having unqualified personnel attempt to repair building  equipment, or carry out a potentially dangerous task that should be left to  trained professionals. It’s one thing to have your super take over certain cleaning jobs, for example,  rather than bringing in a cleaning service—it’s quite another to ask the super to clean out the firing chamber of your  building’s boiler.

A board saving money is great, but it’s important that you don’t lose sight of the marketability of your building.

“I always believe in a sound infrastructure,” says Wolfe. “You can’t have a building that is leaking or totally lacks curb appeal. Even if you have  old, tired lobbies and halls, you can still maintain them and make them look  neat. I think that’s important.”

Axelrod warns that sometimes in an effort to save money, things that seem  insignificant may go by the wayside—and that could have a corrosive effect on resident morale and pride in their  dwelling.

“For most people, their home is their single largest investment—so there should be a consciousness that what might seem purely cosmetic also has  a lot to do with value,” she says. “Not that you should spend money you don’t have, but sometimes you can cut too far. If you are used to coming home to a  building that looks a certain way and it starts to look run down or shabby,  that’s something a board should be wary about. Spending a little bit of money on  flowers or on painting the lobby might yield more of a return than you think.”

Any board looking to cut their building’s budget without cutting corners should definitely seek outside advice on the  wisest course of action for their particular situation. An experienced managing  agent, accountant, and attorney are all very good sources of advice on how to  properly prioritize expenses and find areas where cutbacks will do the most  good without sacrificing stability, safety, or value.

“The best thing to do is listen to the professionals that you’ve hired,” Cohen says. “Listen to your accountants, your attorneys, your managing agents. I always tell  my boards that those who listen to us are the ones that get through their  problems with the most ease. Those who think they’re smarter than their managing agent are the ones that get into trouble. You  hire these people to give you professional advice and you should listen to it.”