Think you don’t need the services of that 24-hour doorman in your co-op anymore? Better check with the rent stabilized tenants with whom you share the building. Chances are their leases provide protection against the elimination of building services.

With the diverse status of occupants residing in co-ops or condos, including those who are rent regulated (either under controls or stabilization), shareholders, as well as tenants of shareholders, it’s easy for confusion to arise regarding who is entitled to what. Shareholders and owners commonly face opposition from tenants who feel their "rights" are being violated. So what exactly are the rights of people still covered by rent control and rent stabilization? And what are the legal ways to deregulate these apartments?

Who is Covered by Rent Regulations?

Rent control applies to buildings constructed before 1947, dating back to the housing shortage following World War II, when New York City was unable to meet the housing needs of an influx of workers. For an apartment to be under rent control, the tenant must have been living in that apartment continuously since before July 1, 1971, or must be an eligible successor.

Rent control operates under the Maximum Base Rent (MBR) system. MBR is established for each apartment and adjusted every two years to reflect costs of operation. Owners may increase rent up to 7.5 percent each year until the MBR is reached.

Prior to the conversion of a rental building to a co-op or condo, the tenants are given the option to buy. Those who elect not to purchase may remain as tenants under the sponsor’s choice of an eviction or non-eviction plan.

Under an eviction plan, a tenant may remain in his or her apartment for up to three years as a non-purchaser. If the tenant does not opt to purchase the apartment and become a shareholder upon the end of the three-year period, he or she must vacate the unit.

More commonly, a sponsor or owner will allow tenants to remain in their apartments under a non-eviction plan. (At least 15 percent of a building’s units must be sold to bona fide tenants or non-tenants who intend to live in the unit.) An outside purchaser may not evict occupants of an apartment. In this case, the tenant may continue to live in the apartment as a rent-stabilized or rent-controlled tenant, and pays rent to the sponsor or purchaser, who in turn provides all the services required under law.

According to the Division of Housing and Community Renewal (DHCR), rent regulated tenants living in a co-op or condo are entitled to all the rights afforded to regulated tenants who are not living in a co-op or condo. This means that the new owner must continue to provide all services and lease renewals required by law. In order to avoid class division within a building at the time of conversion, services and facilities must be provided to both purchasing and non-purchasing tenants on a non-discriminatory basis. It is the sponsor’s responsibility to see that all services are provided until the unit owners assume control of the board of directors or board managers.

Leases must be entered into for a one- or two-year period, at the tenant’s discretion. The owner may charge the tenant a Rent Guideline Board (RGB)-authorized increase based on the length of the renewal lease term selected by the tenant. (As of the recent RGB decision, that means a four percent increase on one-year leases, six percent for two-year leases.)

"Leases give rent stabilized tenants certain protections," says Theresa Racht, a real estate attorney with Rosen & Livingston in Manhattan. The landlord or new owner must provide services that are included in their lease, such as 24-hour doorman service or other amenities.

If tenants lose any of these "rights," such as storage space or a 24-hour doorman, they may be entitled to a reduction in rent. These pre-existing lease provisions and rent regulations can cause conflict between landlords and tenants, as well as neighbors within the building.

Retired housing court judge Paul L. Klein lives in a Manhattan co-op that houses both shareholders and rent stabilized tenants. While he has not observed much animosity between shareholders and non-purchasers in his setting, Klein does see conflict as a possibility. "I think the biggest problem is lack of communication," he says, of the potential dialog that should occur between renters and purchasers. "That can lead to renters thinking of shareholders as simply ‘them.’" In Klein’s 115-unit building, which was converted in 1989, he says the percentage of renters and shareholders is about 50/50.

The division between tenants and shareholders can be worsened by unequal treatment within the building. "When a managing agent doesn’t treat the stabilized tenants as equals, then that can also cause confusion as to what everyone in the building is entitled to," says Klein.

Even though it may seem nearly impossible to increase rent in stabilized apartments, there are several ways an owner can charge more, and possibly bring these rent stabilized or rent controlled apartments back up to market rate. However, it is imperative to keep in mind the "rights" of renters, as to avoid overstepping the bounds of the laws protecting them.

Colleen McGuire, a tenant lawyer with the firm McGuire & Zekaria in Manhattan, points out a case where a buyer erroneously thought he was entitled to evict rent stabilized tenants who occupied an apartment at the time he purchased it. "A couple had been in their apartment for some time when it was sold. The new owner wanted to do an owner-occupancy, which of course, he couldn’t do." The situation worsened when the new owner could not convince the tenants to purchase, after which repairs on the apartments ceased, with both the owner and managing agent pointing fingers.

"When there’s a dispute between the shareholder and the managing agent, the tenants often get caught in the crossfire," she says.

In this case, had the owner been aware of the laws protecting tenants, he might have saved himself the trouble of a potential battle in court.

The gap between maintenance costs and low rent in regulated apartments is often another source of tension between renters and shareholders. According to Racht, taking advantage of Major Capital Improvement (MCI) is one such way to both improve the individual apartments and, in turn, increase rent. An owner may raise rent in an individual apartment based upon increased services, new equipment or improvements. However, the owner must get the written consent of the tenant to pay the increased amount. In the instance that new equipment is installed (such as new kitchen appliances, for example) the owner may charge 1/40th of the cost of the new equipment as a rent increase.

"If the sponsor is diligent and files for MCI, it’s possible to keep the gap between rent and maintenance costs as close as it can be," says Racht.

The only way to truly bring rent stabilized and rent controlled apartments back up to market value is through "decontrol" of the units.

Vacancy decontrol is possible when a regulated tenant leaves or terminates his or her lease and there are no successor tenants. All vacant apartments at the time of the co-op/condo conversion, and those that subsequently become vacant, are no longer covered by rent regulation. Once this happens, the owner is now able to charge market rate for the deregulated apartment.

Vacancy decontrol, however, does not only have to occur upon the choice of the tenant. Renters may be subject to eviction for non-payment of rent, illegal use or occupancy of the premises, refusal of reasonable access to the owner or similar breach by the tenant of obligations under the rental agreement.

Legally, for an apartment to be rent stabilized or controlled, the unit must be occupied by the person whose name appears on the lease or a qualified successor, such as an immediate family member. With this in mind, anyone else living in or claiming a right to the stabilized unit–aunt, nephew, illegal sublet–does not qualify for the rent stabilized rate.

Filing an Action for Non-Primary Residence is another way to possibly eliminate a rent regulated unit. Usually someone working in the building–a doorman, perhaps–notices that the resident is rarely staying in the apartment and instead, a "roommate" seems to be there for the majority of the time. This can also occur when the renter spends the bulk of his or her time living somewhere else. "You can’t live in Florida for ten months and then live two months in your rent stabilized unit," says Racht. "In order for it to remain legally stabilized, the unit must be the primary residence of the person on the lease." While it is possible to have more than one home, she cautions, it is not possible to have more than one primary residence.

Tenants may attempt to sidestep this rule, so when suspicions arise, it’s a good idea for the landlord to hire a private investigator. "Finding out where their utility bill is mailed, the address on their driver’s license, or even where their tax returns are sent can help determine if the stabilized apartment is a non-primary residence," says Racht.

High-rent apartments occupied by high-income tenants are subject to what is known as luxury decontrol. This occurs when the rent is $2,000 or more per month and the tenant has an income of more than $175,000 per year, for two consecutive years before the owner files a request for decontrol. As with vacancy decontrol, the owner may now charge whatever the market will bear.

Numerous provisions under rent control and stabilization may protect tenants, but this does not mean that tenants are immune to slight rent increases, decontrol or even eviction. Being aware of both the rights and stipulations, it is possible for shareholders to eliminate confusion and tension in the building, as well as take advantage of the legal ways to pursue rent increases and decontrol.

As this area involves highly technical interpretations of the law and regulations, be sure to consult with an attorney familiar with co-ops & condos. 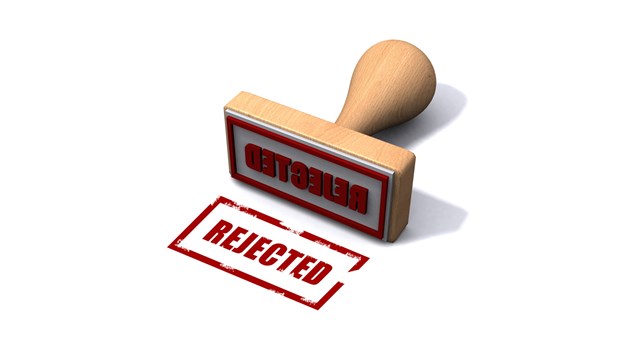