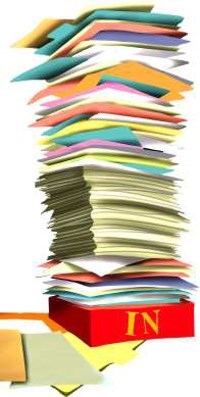 Some years ago, an acquaintance of ours worked as a “permit clerk” for a plumber while on summer vacation in college. The plumber would give him paperwork for a work project, he would go to the city offices, and, in theory, he would get the necessary permit. However, more and more often, the people behind the window would find fault in the proposal and send our friend back without the permit. Then, the head of the plumbing company would get angry, get on the phone and send him back a second time. After a few weeks, the young man left the job and took one in a store instead.

This story shows how important it is for co-op and condo boards and managers to deal with the city bureaucracy when doing major renovation projects. While the contractors they hire will hopefully be on top of the process, still, a basic knowledge is essential.

First, of course, one must know what city department you must deal with. In this article, we are concentrating on five types of projects: sidewalk repair, facade repair/renovation, elevator management, roof/repair replacement and interior projects (such as combining two separate apartments into a larger unit). In all of these except for sidewalk repair, which is handled by the Department of Transportation, or DOT, the agency to contact is the Department of Buildings, or DOB, according to DOB spokesperson Jennifer Givner. (If sidewalks or streets have to be closed during facade repair/renovation, though, boards and managers could also deal with DOT.)

There are different types of permits — for example, permits for elevator work must be filed with DOB’s Elevator Division through an elevator repair contractor, although DOB includes roofing work under general construction. DOB exempts what it calls “ordinary repairs” from permit requirements. But once you need a permit, the process is basically the same.

The applicant pre-files the application, including a complete set of drawings, energy calculations and, if necessary, asbestos forms, and pays the fee. The department reviews the plans, or the applicant professionally certifies the plans; and then DOB either approves or disapproves the permit. If DOB disallows the permit, then the agency staff and the applicant must get together to hash out their differences.

Many facade projects for apartment buildings over six stories in height are done as a result of inspections of buildings’ exterior walls and appurtenances mandated under Local Law 11. “Appurtenances” refers to structures such as exterior fixtures, roof parapets, penthouses, window frames, gates, fire escapes and window frames, which adjoin the exterior walls. We are currently in Local Law 11’s Cycle 6 reporting period, and will be until February 21, 2007. For information on facade work, you can access the DOB’s website at www.nyc.gov/html/dob/ html/guides/ll11_98_cycle_6.shtml.

As for sidewalk work, the province of the DOT, when the city determines that the sidewalk needs to be repaired, a Department of Design and Construction consultant will come to your property to photograph your sidewalk and to mark the areas that have to be replaced. Then, either a city contractor will be assigned to the job or the building manager or board can arrange for the work to be done privately.

Of course, a building manager or board can decide to redo the sidewalk for non-violations-related reasons, such as appearance. “They can do it for any reason they want,” says Craig Chin of the DOT. Chin adds that the building owner is responsible for maintaining the sidewalk in properties with four or more families — meaning the great majority of condos and co-ops in this city.

The Landmarks Preservation Commission was established in 1965 to protect the city’s historic and aesthetic elements, which many people felt were in danger of being lost after the destruction of the original Penn Station in 1963. Soon, the LPC began to establish landmark districts, characterized by specific types of historic architecture, such as brownstones or cast-iron commercial buildings.

Brooklyn Heights, Cobble Hill, Greenwich Village, Gramercy Park, Tudor City and Mott Haven are just a few examples of landmark districts. Often, the districts’ official boundaries are different than what are commonly thought of as those of the neighborhood, so check with the commission by calling (212) 669-7817 to know whether you’re in a landmarked area.

If you’re in a landmark district, you must obtain approval for all exterior work except for certain minor jobs, such as replacing broken window glass, caulking around windows or doors, or cleaning up graffiti in a small area. You need a Landmarks permit for interior work when the work also requires a permit from Buildings, when interior work affects the exterior or when the interior has been designated as an “interior landmark.” Applications can include photos, drawings or other material, but in the case of a co-op building, the chairman or other appropriate officer of the board must sign the form.

The great majority of applications, according to a Landmarks spokesperson, get approved at the “staff level” without a hearing. But proposals for more serious renovations go before hearings at the commission. These is “work that exceeds the scope of the city’s rules” — such as rear yard additions, rooftop additions, installing new storefronts, and installing a different kind of window than the building’s current type (especially if your building currently has historic-type windows, such as 1930s-style casement windows). After the hearing, a “certificate of appropriateness” is or isn’t issued.

If your building is in a landmark district, because of all these special rules, it might be a good idea to get an architect or contractor that specializes in restoration work. A list is available from the New York Landmarks Conservancy, a private advocacy organization, at (212) 995-5260.

What happens with your relationship with city agencies once you’ve got a permit, and the work gets under way? According to Wayne Bellet of Bellet Construction Co. in Manhattan, “permits have always been and are continuing to be well-defined, but that would not influence the frequency of inspection.” At the end of a DOB job, you need a sign-off inspection, where the department visits and puts the official seal on the work if it’s completed satisfactorily.

If there are problems with the job, who’s responsible? “Ultimately,” says the DOB’s Givner, “the homeowner/building owner is responsible for any work completed on their property. Violations can be issued to the homeowner [or the co-op or condo board] if work is conducted without the proper permits,” although the contractor can also receive violations.

That’s why it’s a good idea to have a good relationship with your contractor. Bellet, whose firm specializes in exterior facade work, goes to co-op and condo boards for interviews, and then, after the contract is awarded, often holds meeting in lobbies to inform the building residents about the job to be done. “We’ll set up a communications board in the mailroom or lobby, and give them a week-by-week update.” In addition, he reports to “whoever the lawyer [for the co-op or condo] delegates,” often the architect, engineer or building manager.

What happens if there’ a problem with the project — with the union, the contractor, legal issues or angry residents?

“There are a number of ways to deal with this, depending on the severity of the situation,” says Bellet, “but regretfully, most people would contact their attorney.” Even in arbitration, considered by many to be less acrimonious than litigation, “both parties walk away from the table equally unhappy.”

Bellet believes the best way to deal with conflicts is “to go to he principals, look them in the eyes, and talk person to person, eyeball to eyeball. Talk it out at all costs — work it out by any means necessary.”

Givner adds that the Department of Consumer Affairs can be contacted for problems with licensed home improvement contractors; for trouble with contractors in general, you can contact the Attorney General’s Consumer Fraud Bureau or the Better Business Bureau.

What penalties does a building face if the project isn’t properly cleared with the city administration, or if work is done improperly, or other violations come up in the course of the work?

There are a myriad number of penalties for such situations. Givner gives several:

• Failure to file a facade technical report is punishable by $150 for every month the report isn’t filed.

• First-offense penalties for “problematic conditions on elevators” can be as much as $2,500.

• “Work without a permit” violations can also carry penalties up to $2,500, as can “work contrary to permit.” The average fine for such violations, she says, is around $800.

Sometimes, Bellet says, “when someone reports a violation, even when you correct it before the inspector comes, once they’re there, they see little things, like a crack in the sidewalk or no light bulb in a certain location.” So, the inspector writes more violations!

If you have a construction- or building-related violation, chances are that it will end up before the Environmental Control Board (ECB). This board is an administrative tribunal that hears notices of violations issued by other city agencies for various quality-of-life offenses.

As far as the DOT and sidewalk violations are concerned, surprisingly, there are no fines. “DOT puts a lien on the property,” says Chin. “There’s no real enforcement unless they try to refinance or sell the building. Then, they have to fix their property.”

So if you are planning to do any work in or around your building, make sure you maintain a good relationship with your contractor, obtain the proper permits, and communicate with all involved during the construction or renovation process. In that way, navigating though the bureaucratic red tape of city hall will be a little more bearable and your project more successful in the long run.

Raanan Geberer is a freelance writer living in Manhattan.