New York City can be tough enough to navigate as a young, able-bodied person; it's even more difficult for the elderly or physically challenged to get around and go about their day. Imagine living with a physical disability in an apartment building without ramps or wheelchair access. Imagine living with a serious illness and wanting a pet to ease your suffering—in a building whose bylaws do not allow animals.

A Play in Three Acts

Throughout the years, overcoming such housing obstacles has been made easier with the passing of three important pieces of legislation: Section 504 of the Rehabilitation Act of 1973; the Fair Housing Act of 1988, and the American Disabilities Act of 1990. These acts have been extremely helpful in improving the living environments of the disabled, but before understanding the impact of these acts on buildings and its residents, both disabled and non-disabled, its important to understand the distinct definition of each.

According to the U.S. Department of Housing and Urban Development (HUD), federal law defines a person with a disability as "any person who has a physical or mental impairment that substantially limits one or more major life activities; has a record of such impairment; or is regarded as having such an impairment."

In order to afford housing and other basic necessities, many disabled residents receive federal funds or live in federally funded buildings. In 1973, to foster economic independence and prohibit discrimination against the disabled, the Rehabilitation Act was passed.

"For those who live in multifamily dwellings, the most important part of this act is Section 504, which applies only to recipients of federal funds, and co-ops that are built, rents maintained, or funded by federal funds, says Michael Allen, a senior staff attorney with the Bazelon Center for Mental Health Law, located in Washington, D.C.

"This law prohibits condos and co-ops from discriminating against those with disabilities who receive federal funds and requires reasonable accommodations and changes in rules and policies."

The Fair Housing Amendments Act of 1988 expanded this 1973 law and includes all disabled persons. It bars discrimination in the sale or rental of housing on the basis of a disability, and requires the design and construction of new covered multifamily dwellings to meet certain adaptability and accessibility requirements.

Also, the landlord or board may not refuse to let you make reasonable modifications to your dwelling at your expense, if necessary for the disabled person to use the housing.

"This law applies to virtually all housing in the country and does several things, such as prohibiting discrimination on basis of disability; requiring co-op boards to make reasonable accommodations, and changing rules and policies," said Allen. "If the building was constructed after 1991, and was never used or occupied for any other purpose prior to 1991, it must be constructed with accessibility, such as ramps, and so forth."

As an example, Allen explains that if the building was once occupied as a garment factory but is now a condominium, the entire building is not required to be made accessible. However, if an existing unit needs to be made accessible, this act requires that the board make it happen as long as it is reasonable and financially possible.

The trio's most recent act, the Americans with Disabilities Act of 1990, applies to multifamily dwellings in two circumstances, says Allen. "First, if the housing is owned by a state or local government. And second, regardless of who owns it, the ADA will apply to the common areas that must be made accessible. For example, the rental or management office or the retail space must be made accessible. This doesn't apply to the individual units, however."

The key to understanding all of this, says Doug Heller, an attorney with the Manhattan-based law firm of Friedman Krauss & Zlotolow, LLP, is the word "reasonable." "Is your tenant asking for something reasonable?" asks Heller. "Even though your bylaws say that you prohibit dogs, you must allow a seeing eye dog for a visually impaired person—that's reasonable. Suppose a tenant is physically handicapped and the building has stairs. Is asking for a ramp a reasonable request? Yes."

If the request is agreed to be reasonable, management must comply with the request and any related expenses. This also pertains to historic or landmarked buildings. "The ADA federal law overrules state law," says Heller. "If insurance doesn't cover it, there may be a special assessment done for the residents, but it depends on the insurance policy. Those who are able-bodied might not want to pay the assessment, but they can't really fight it. If the building is assessed, they have to pay."

Temporarily disabled residents are also covered under this act. "Suppose a tenant has back surgery and are in a wheelchair for four months," says Allen. "There is a period of physical impairment when the person has a disability and are entitled to, say, a ramp from the parking lot to the front entrance."

If a board or management company refuses to comply with a tenant's legitimate request, the penalties can be severe. According to the Department of Justice, a lawsuit may be filed in federal court to enforce the ADA, and courts may order compensatory damages and back pay to remedy discrimination if the lawsuit prevails. Under Title III, the Department of Justice may also obtain civil penalties of up to $55,000 for the first violation and $110,000 for any subsequent violation.

Allen remembers two cases where the board denied the tenant's reasonable request. "In one case, they wouldn't build a ramp," says Allen. "The tenants proved they were prisoners in their own home and won $220,000. In another case, an animal was denied and the tenant received $220,000 before trial. Every condo board fears the worst—they will have to pay the tenant's lawyers too. Discrimination doesn't pay."

It's obvious that these penalties far exceed the cost of adding ramps or allowing the use of a pet as a companion and of course, meeting in court should be the last option. If a disabled tenant has a request, he or she should write a letter to the board and the board should answer the request in a reasonable time frame (which is generally a few weeks or so).

"The worst thing the board can do is to ignore the letter," says Allen. "Later, that letter can be evidence that the board failed or refused the request. The resident can get damages if they can prove the board failed."

The Other Side of the Coin

However, there are times when residents

have made unreasonable requests (wanting management to do a person's grocery shopping) or when problems arise on a previous "˜reasonable' request. "For example, in a Connecticut case, a man wanted an emotional support animal, but had trouble taking care of dog's needs," said Allen. "The dog was making a mess and not well-behaved. To fix that, the man wanted another accommodation—a dog walker and someone to teach him how to control the dog. It was decided that this was an undue burden on management and would divert staff time from its purpose. His requests were denied."

James Boydston, the marketing advisor of Handi-Lift, a company based in Carlstadt, New Jersey that makes accessibility aids for disabled individuals, sees many situations where the board approaches the company because the tenant and board are at the brink of a lawsuit.

"Many condos and co-ops have historical buildings that they don't want to change the look of or put anything permanent in," says Boydston, "so we are asked to make temporary accommodations, such as portable wheelchair lifts."

However, Boydston says that these products are a temporary answer, but do not meet the ADA requirements. "The ADA wants the wheelchair tenant to be able to get in and out without assistance."

The guidelines are strict, and as a result, to avoid penalties and lawsuits, management should become familiar with the law and listen carefully to disabled tenants' requests.

Looking into the future, as more Baby Boomers age and require accommodations in order to enjoy their homes and common areas, ADA compliance may become a non-issue.

As the demand for accessible housing increases, Allen believes the industry will use these features as strong marketing tools. "Retirement housing providers will understand that it's in their own interest to attract the higher paying client with these features. However, for poorer people, increased accessibility won't happen till push comes to shove."

If you are a disabled shareholder or unit owner and think your rights have been violated, HUD is ready to help with any problem of housing discrimination. Visit their website at

www.hud.gov for further information on how to file a housing complaint. 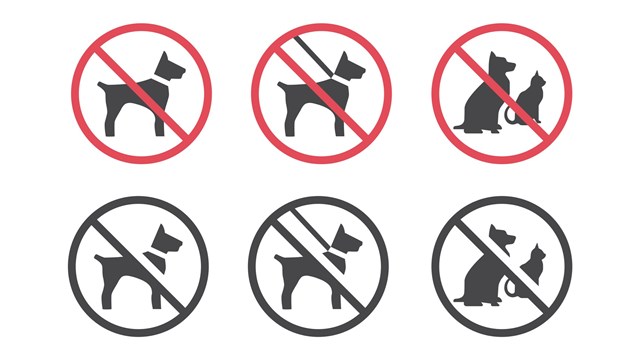