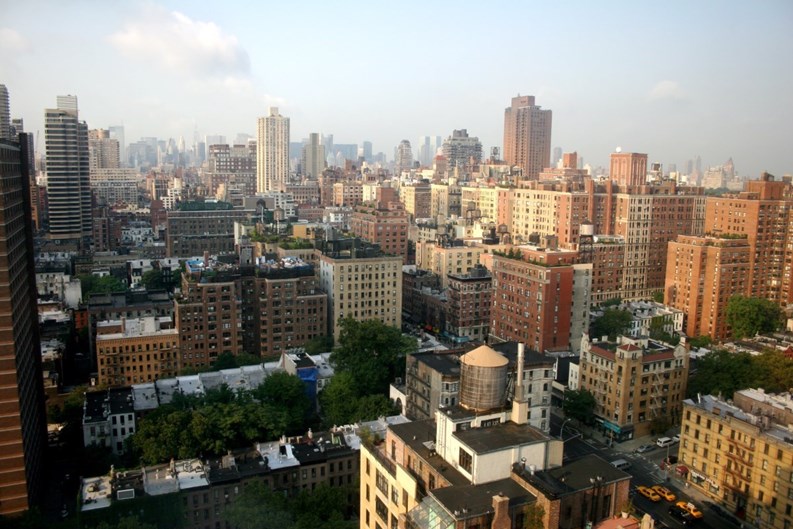 When the well-heeled downtown set lost their power due to the effects of  Hurricane Sandy, they didn’t load up on candles, batteries and canned goods; instead, they ditched their  West Village brownstones and Soho lofts and headed to the Upper East Side. The  stylishly displaced, crowd rode out the storm in many of the neighborhood’s luxury hotels like The Carlyle or the Plaza Athene, The Pierre and Bentley  Hotel and dined out in many of the area’s four-star restaurants like Caravaggio and Daniel.

Bounded by 59th Street to 96th Street and the East River to Fifth Avenue and  Central Park, the Upper East Side is one of New York City’s most affluent neighborhoods and is associated with high society, wealth and  power. The neighborhood is home to some of New York City and the world’s most expensive residential real estate.

The oil-rich Rockefellers, political Roosevelts and Kennedy’s and the tobacco-fortuned Dukes are just a few of New York’s upper-class families that have made residences on the Upper East Side.

In the Early Days

Then in 1837 the New York and Harlem Railroad began to increase commercial  development at 86th Street. This hub of activity would eventually become the  center of the German-American neighborhood of Yorkville. An enclave for  middle-class Germans, many whom worked in nearby breweries, stables and piano  factories, the area was home to Yankee baseball great Lou Gehrig, who was  supposedly born in East Harlem in the lower middle class section of Yorkville.

As the area grew more commercialized the remaining farmland was subdivided, with  the exception being a150-acre plot of land owned by Jones Wood, which stretched  from 66th to 76th Streets and from the Old Post Road (Third Avenue) to the  river, and farmland inherited by James Lenox, which is present day Lenox Hill.

Upper East Side land prices took a hit during the panic of 1873, a severe  economic depression that lasted about six years, but by the 1880s, the area had  regained its footing as prime real estate, thanks in part to the opening of  newly built elevated railroads on Second and Third Avenues.

By the 1890s, the bulk of the area was built up for those commuting downtown. As  development increased a substantial number of modest row houses were demolished  and replaced with newer, more elegant residences. To accommodate the needs of  the area’s new wealthy inhabitants, new schools, social clubs, synagogues, churches,  museums and fashionable shops sprang up in the area.

The Upper East Side would soon become the premier destination for the best  private schools, cutting edge museums and the latest fashions.

With the increase of land values and the introduction of the income tax in 1915,  the construction of large-scale mansions and townhouses in the area came to an  abrupt halt. The limited supply of residences at this time helped establish the  Upper East Side’s reputation as an elite residential neighborhood too expensive for all, except  the country’s wealthiest residents.

During this time luxury apartment buildings began springing up to fulfill the  needs of large groups of people who were eager to live in the area. The trend  would continue for decades to come. The area was soon nicknamed The Silk  Stocking District, since silk stockings are a symbol of opulence and class and  generally only wealthy people can afford to wear them.

The Upper East Side Today

The Upper East Side (UES) is home to many prize attractions but many consider  Museum Mile to be its main draw. The stretch of Fifth Avenue fronting Central  Park is home to one of the densest displays of culture in the world, including  the Solomon R. Guggenheim Museum, the Metropolitan Museum of Art, the Museum  for African Art, and the Goethe-Institut New York/German Cultural Center. The Frick Collection is also nearby, though technically not a part of Museum  Mile.

Every June, the UES plays host to the Museum Mile Festival, Fifth Avenue is  closed to traffic and turns into one huge block party. In addition to free  museum admission, you’ll find musical entertainment, artist demonstrations, face painting and chalk  drawing. The annual festival draws a crowd of about 50,000.

If you’re in the mood to shop expect to find Chanel-suited socialites browsing one of  the many designer boutiques on Madison Avenue from 60th Street well into the 80’s so don’t forget your gold card. If you move east to Second and Third Avenues you’ll find more affordable restaurants and shops.

Gracie Mansion, the official residence of the mayor of New York City is located  on the Upper East Side at East End Avenue and 88th Street. The house is only  used for official city business and only the mayor’s family is allowed to reside there. As a result former New York City mayor  Rudolph Giuliani was forced to relocate because his then-girlfriend, Judith  Nathan, was unable to live with him since they were not married and it would  have violated using a taxpayer-funded home for a private citizen.

Current mayor and billionaire Michael Bloomberg became the first New York City  mayor to shun living in Gracie Mansion when he took office in 2002, opting  instead to live nearby on East 79th Street in his five-story, Beaux-Arts  limestone, townhouse which features an Egyptian marble foyer and a George III  armoire.

Given its high population density and per capita income, the Upper East Side is  believed to contain the greatest concentration of individual wealth in the  world.