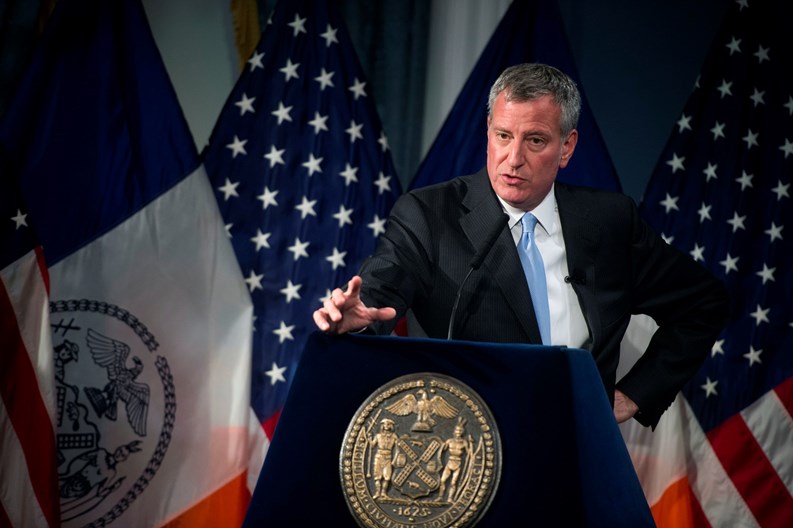 The agreement on an approximately $82.1 billion budget targets investments to cultural organizations and libraries, youth workforce development and public safety, while strengthening the city’s long-term fiscal health through the bolstering of unprecedented reserve funds, according to a statement from the Mayor’s Office. The final budget is a 9.5 percent increase from last year, and 17.5 percent higher than 2014, former Mayor Michael R. Bloomberg’s last year in office.

“This budget is not only on time—it’s the earliest agreement since 2001, because the administration and Council worked together to produce tangible, timely results for New Yorkers. We’ll grow to 60,000 slots in our Summer Youth Employment Program, continue six-day library service, invest in our cultural institutions, provide our district attorneys with the funds they need to continue combating crime and addressing heroin and prescription drug use, all while protecting the City’s fiscal health,” said Mayor Bill de Blasio. “Thank you to Speaker Mark-Viverito and all of her colleagues in the Council for their partnership as we reached this agreement.”

De Blasio said the budget will help those most in need of help. "We are the government of last resort," de Blasio said in his budget address earlier this year. "Whether that means taking care of undocumented folks, people who are poor, and the homeless—state and federal government can walk away; we're left to deal with this situation...In the event of an economic crisis, I guarantee you the state and federal government will close their doors quickly."

The agreement, which includes all told about $440 million in savings, also allocates $39 million for summer youth employment; $21 million to keep public library hours extended and open six days a week; $22 million in emergency food assistance; $10 million for cultural organizations; $17.6 million for elementary after-school programming for 9,000 children; $3 million for the Vision Zero initiative public outreach campaign; and $1.7 million to extend beach and pool season past Labor Day; an additional $21 million in capital funds for new snow removal equipment, focused on increasing responsiveness on smaller, narrow streets after complaints that the city had dropped the ball on clearing streets in Queens following this past winter’s snowstorms.

Another provision to help struggling homeowners is an allocation of $122 million to fully eliminate the Water Board rental payment. This would provide $183 credits to 1-3 family households and $250 credits to eligible multi-family properties.  The New York Times reports that a state Supreme Court judge has blocked implementation of the tax credit. The city plans an appeal.

Other capital budget improvements include a total of $276 million slated for reconstruction of four bridges; $42 million for the mayor’s five-borough ferry plan; $70 million for a new police precinct in Queens and $50 million for a new indoor swimming pool in Staten Island.

The New York City Independent Budget Office (IBO) finds the mayor’s budget plan a reasonable proposal even though spending is projected to increase. “Mayor Bill de Blasio’s Executive Budget for 2017 and Financial Plan Through 2020 proposes an increase in spending to support a bevy of new or expanded programs as well as a substantial infusion of city aid for the fiscally ailing municipal hospital system,” according to Ronnie Lowenstein, IBO director.

“His budget plan also includes doses of fiscal caution in the form of a larger citywide savings program and an increase in the amount of funds held in reserves. Based on IBO’s latest economic forecast and re-estimate of tax revenue and spending projections under the contours of the Mayor’s executive budget and financial plan, there are reasons for optimism and prudence,” Lowenstein says.

“Our latest economic forecast anticipates that local economic growth will slow, with a decline in job growth from the record levels of the past few years and a corresponding slowdown in revenue growth in the years ahead. Still, IBO expects that the city’s fiscal condition will remain stable—budget surpluses this year and next and shortfalls in future years that will be relatively modest as a share of city-generated revenue. IBO projects that the city will end the current fiscal year with a surplus of $3.5 billion, $151 million more than the Mayor’s estimate.”

IBO also projects that the city will end 2017 with a surplus of $490 million and notes that its projections for the subsequent years of the financial plan find relatively modest shortfalls of less than $2 billion a year, budget gaps that are very small relative to city—generated revenues and could be substantially offset with funds currently held as general reserves. IBO also envisions that the city will add 77,500 jobs this year, down from the extraordinary gains of more than 100,000 jobs in each of the last two calendar years.

A compromise measure to reinstate the expired 421-a program was introduced by state lawmakers June 20, but it seems passage might be slim. According to The Real Deal, this replacement tax abatement—421-aa—is currently languishing in the Senate Rules Committee, sponsor-less and without a navigable path to the governor’s desk. This city-sponsored program, which started in 1971, was an incentive for developers to build multifamily housing in the city. Eligibility has varied with location, how much affordable housing was created and other factors.

The new program closely resembles its predecessor, with a few changes involving construction wages and making condominiums eligible for the abatement. The measure calls for a minimum wage of $15 an hour at most construction sites and an increase in the assessment value of condos that can be built under the program from $65,000 to $75,000.

Under the de Blasio administration's plan, more market-rate housing is proposed in neighborhoods across the city in exchange for an increase in affordable units. From January 1, 2014 to December 2015, HPD financed the creation and preservation of more than 40,204 affordable units citywide, including 13,929 newly constructed units and the preservation of 26,275 units. More than 75 percent of the units financed to date were for extremely low, very low, and low-income families, affordable to households with annual incomes of $62,150 and below. A further 9,227 units were financed for moderate and middle-income households. To date, Brooklyn has the most units constructed and preserved, for a total of 11,847 units from Fiscal 2014-2016.