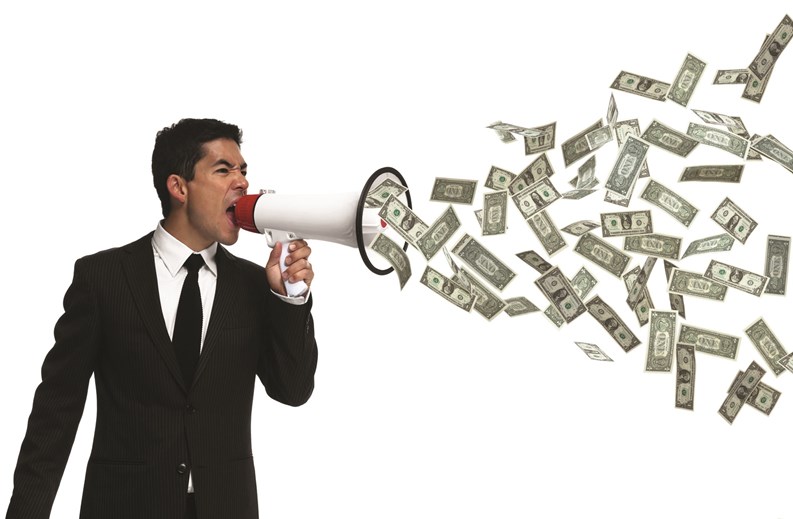 Imagine sitting down with your significant other to pay the monthly bills. You both put your checks into a joint account and know how much there is to take care of expenses, or so you think. Out of his wallet your husband pulls out receipts for a new suit, dinner with his friends and a new part for the beat up old Chevy he’s rebuilding. You add receipts for a manicure, a brand new red dress that’s hanging in your closet and the liquid lunch that you had with your pals from work. Both of you look at the pile, each upset that the other wasn’t notified about all the extra spending, and wondering how you’re going to cover your household bills now.

Money—and the spending of it—is a topic that some people are very skittish about discussing, but when you’re a board member or the property manager of a residential co-op or condo building however, there’s no benefit to skirting financial realities just because they may be difficult or contentious.

“The board has a fiduciary responsibility to communicate with shareholders,” says Neil Sonenberg, a partner of RSSM CPA, LLP in New York City. “The truth is that all of the shareholders and unit owners are in this soup together, so to speak, so they need to be aware of where their money is going and what projects their maintenance is paying for. They are intrinsically involved.”

Budgets and financial reports provide that crystal-clear picture of how the property is doing. From an investment perspective, it shows the shareholders, tenants, owners and board whether the property is profitable or not. Cynthia Graffeo, director of client relations at Argo Real Estate in Manhattan, says that what information the board shares about the building’s financial information will also depend on what’s been traditionally done in the past for that building.

“Finances are one of the biggest components of the building, so shareholders want to make sure the board is meeting their financial obligations,” says Graffeo. “You want to be open to them with annual financial statements and letters that explain when a board decides to increase the maintenance or do an assessment.”

Each month, a financial report should be generated to give the residents and the board an idea of where the building is at from a monetary standpoint. This report compares where the budget is to where it should be. In addition, it also has a listing of all the bills that were paid and the monies that were collected. In other words, anything financial that has happened that month should be in the report.

“If a board decides they don’t want to be really open, they don’t publish their operating budget,” says Graffeo, adding that an operating budget is an annual budget that includes such expenses as salaries, taxes, utilities, maintenance fees and insurance. “Shareholders don’t understand that it’s a working budget and then have questions and concerns about what’s spent,” she says.

Most management teams utilize the services of a certified public accountant (CPA) or an accounting firm, who complete audits, reviews, budgets and more on a monthly, quarterly or annual basis. “We have 100 co-ops and condos that we work with and many boards invite us to their monthly, quarterly and annual meetings where they highlight things that we may not be 100% satisfied with,” says Sonenberg. “We’re there for internal control, and to keep the systems in place. Before we release any financial reports, we send out detailed letters that highlight all the financial happenings.”

At annual co-op and condo meetings, the property manager and accounting team present the building’s financials to the shareholders. “We contribute an audited financial statement to summarize the financials and we do a question and answer period,” says Graffeo. “I’ve never been in a situation where those things were not presented at the meeting.”

However, there may be some instances where it’s best to keep certain financial matters quiet.  “Sometimes, discretion is a better part of valor,” says Sonenberg. “You don’t want what you say to damage an individual or body of individuals, or you end up with lawsuits. For example, you shouldn’t tell the shareholders what’s in a contract with a managing agent.” In addition, private personnel records of association employees may also be off-limits to non-board personnel.

However, it’s common that there may be a unit owner who is going through a rough patch in his life or other shareholders who are struggling and haven’t paid their fees because they lost their job or have been ill. For example, If Mr. and Mrs. Smith are behind on paying their maintenance fees for whatever reason, should the other shareholders know?

“If we are at the annual shareholders’ meeting and it’s a big, glaring amount that is owed, it’s generally discussed because we, as a team, are responsible if it’s gotten to this point that we haven’t gotten that maintenance,” says Sonenberg.

Graffeo says that she prints a monthly arrears report that she presents to the board. “In order to avoid a legal route and legal fees with someone who is behind on their common charges, we can set up a reasonable payment plan with the shareholder first,” she says. “But many times, there is no choice but to start non-payment proceedings.

“However, I wouldn’t disclose this arrears information to another shareholder unless it comes to a point where a foreclosure on a unit with legal action is absolutely necessary,” she says. “I would still respect the owner’s confidentiality whenever possible, but if I get a call and another shareholder is concerned or heard that the building is taking legal action against someone for non-payment, I would generally answer their questions on the process to get the co-op/condo paid and have the arrears addressed.”

After almost 35 years in the accounting industry, Sonenberg says that he’s seen it all. “I’ve had experiences where things have been said or broadcasted that shouldn’t have been and there was a major brouhaha,” he says. "Things like that could lead to litigation.”

In some cases, it comes down to residents who do not pay their fees—or a financial team that fails to manage the building’s portfolio properly. “It's an irresponsible thing for a co-op to dabble in non-conservative investments,” says Sonenberg. “We have recommended good collections attorneys who specialize in the co-op market and are able to get recoveries from unit owners by hammering away at the threat that we will take their unit back and sell it. The building then begins to recoup its losses.”

Graffeo sums it up by saying that in a co-op or condo, everyone shares the cost of the common areas and if someone doesn’t meet their financial obligations, everyone has to bear the brunt of it. When a building’s financials go from bad to worse, Graffeo says that full disclosure to the unit owners is necessary. “There should be an obligation to have the operating expenses meet the operating income. There should be a balanced budget—and if there isn’t, it’s important to let the unit owners know.”

Even after the board notifies the unit owners in writing of financial turmoil, a meeting with the residents may still be necessary.

“Let’s say that there is a major structural repair that needs to be done,” says Graffeo. “It is a hidden condition, but it’s going to cost the building $1 million to do it, but there’s no reserve money. If any money that’s coming in, can’t meet the expenses, an assessment needs to be done and a plan of action needs to be created, such as obtaining a loan. This plan needs to be put into place and disclosed to the shareholders and unit owners. They should receive a summary of how the board expects to make the repair and that an assessment will be coming down the line in the near future. It’s all about disclosure for people to understand exactly what’s going on.”

To keep a building in the black, Graffeo says that her prep work for a budget begins in the late fall of the previous year.

“If a building’s fiscal year runs from January to December, we do a projected budget in the fall that’s used by the board and sent out to the community,” says Graffeo. “If there’s a suggested increase in maintenance or common charges, we send out a letter with an explanation of why. Argo produces monthly management reports, so on at least a monthly basis there is transparency on the building’s financials. We also include a summarized copy of a working budget.”

The purpose of an annual shareholder meeting is to adopt the budget, and includes a presentation of the CPA's annual report. “The board has a fiduciary responsibility for transparency when it comes to finances,” says Monte Kane, CPA, PFS, CFF, CGMA, CSA, a principal in the audit and tax accounting departments of Morrison, Brown, Argiz & Farra, LLC (MBAF), which is headquartered in Florida but also has offices in New York, Colorado and Maryland. “Owners are entitled to examine financial records but they cannot make copies or disseminate information on an individual unit owner.”

The shareholder meeting may, or may not, be open to all building members, but be aware that some members may come to the meeting with their own agenda. “The owners can have a say in their finances in the following year,” says Kane. “I’m not so sure that the many owners really read the CPA's audit of the financials, but they should and the boards should encourage the owners to read the audit.”

In one Brooklyn Heights community, Kane recalls the intense financial battle between the co-op residents, the board and an 80-year-old elm tree, where financial disclosure and an open meeting prior to any decision-making process would have been beneficial. According to a 2007 report, the elm's roots had become entangled in the building's sewer system. Rather than spend approximately $8,000 to reroute the pipes, the board voted privately to cut down the tree—and let residents know after the fact. A subsequent meeting that included the residents turned ugly. “There are going to be unexpected things that come up every now and then, and there should be meetings to discuss things like that,” says Kane.

Finances are a very important aspect of property management, so if something is going wrong or the building is in the red, it’s important to disclose it and not neglect or hide it from everyone who needs to know.