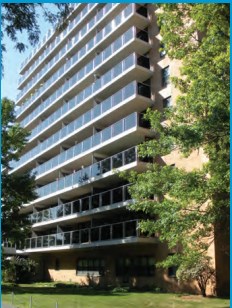 Significant change rarely manifests without those who are willing to lead by example. In an era when climate science is increasingly under scrutiny, it's becoming more and more important to tackle this dire issue at a local level.

One way that a green-thinking property manager can galvanize residents and staff in an eco-friendly manner is to promote bold and innovative recycling initiatives within their association. And one such manager is FirstService Residential’s Victor Berrios, who has been enthusiastically combating waste for the past seven years at Jamie Towers, a 620-unit Mitchell-Lama co-op in the Bronx.

The Cooperator spoke to Berrios about the inspiration behind this initiative and his plans for Jamie Towers going forward.

What was the recycling situation at Jamie Towers before you were handed the managerial reigns?

On recycling day, I saw a porter put out a single bag of cans and bottles on the curb. For 620 apartments. I live in a house with my wife and two kids, and we put out a lot more than that. Eventually I asked the super what the deal is with the recycling, as I didn't see much material going out. He said he'd step it up. The next week, there were two or three bags.

These guys just didn't really understand what I was getting at, so I started teaching them. Their union – 32BJ – offered classes, but they complained. “You can't make us go; it's after-hours!”

So I wound up reaching out to a not-for-profit called GrowNYC, which I'd worked with before. They assist with recycling efforts and promoting and teaching conservation. We held classes for staff and again during open shareholder meetings. For the latter, we'd have giveaways. You have to incentivize these things.

And I assume that the recycling output has picked up somewhat?

Now we have a mountain of recyclables. We got a visit from the Department of Sanitation; they wanted to know what was going on. I asked if we were doing something wrong, and they told me that their guys are taking longer to complete their route because of Jamie Towers. Department of Sanitation had to reconfigure their assignment because of the amount of time our pick-up was taking. They used to stop for five seconds, grab a bag, and get on with it. Now they stop for 20 minutes to load recyclable materials. And I have two recycling pads; one at either end of the complex. So their stop takes about 40 minutes total, up from one minute.

What else is going on at the moment?

In June, we had our annual shareholder meeting. I had a city rep show up to explain organics recycling, which they've yet to initiate in our neighborhood. But it looks as if Jamie Towers, given that we have over 600 units, will be the impetus to implement it here. They're trying to work out the logistics over at the Department of Sanitation, but I've already planted the seed with my shareholders: “Here's what the can looks like, here's how the process works, no it won't smell.”

And we have gardens throughout the development; small flower beds. We're four buildings on 12 acres; it's basically a little park on a square block. It's beautiful. I bought a chipper shredder such that we can shred clipped branches and the like; make our own mulch. I basically incentivize staff to think greener by giving them new equipment to play with.

Finally, we're discussing installing our own well, such that we can pull water for our pool and whatnot directly from the Earth, rather than depleting the reservoirs.

Do you ever get any push-back for any of your initiatives?

Sometimes from employees. Residents mostly walk around unaware, going about their lives. They just don't know that much about this stuff, although I will say that, from my point-of-view as a building manager, the city has done a good job of encouraging recycling. The city makes it clear to landlords that, if they don't recycle, they're going to be fined. But I'm not sure how effective landlords are of passing that info along to residents.

If you have a super that's aware, that's paying attention to things, you'll probably see more encouragement for recycling and a better environment to live in overall. But we all have to care, and we all have to try, and even if you don't care, you have to comply. You were forced into this; fine, but that's still the deal. You need proper signage, communication, all that stuff.

I would like to see more enthusiasm, though. I've called for shareholders to come out and plant gardens. Building 1 versus Building 2, winner gets a prize. I'll swing by Home Depot, load up my car with flowers and annuals and things in the spring. But nobody comes down. Maybe a woman with her preschooler to dig around in the dirt, but, en masse? They just...don't.

But I'm persistent. I've been at this for awhile. And my staff will laugh at me: “Boss, you know it's just going to be us planting this stuff.” And I know that it might be, but somebody will come down. And even if it's only a half-dozen, we'll get everybody shovels and gloves, take photos, promote this stuff in our quarterly newsletter.

Honestly, it sounds like you could do less and still effectively manage the property. Where do you find the motivation to go the extra mile?

I just enjoy it. I have a garden. I have chickens. I'm just that guy.

When I was a kid, I'd go fishing under the Whitestone Bridge in Throggs Neck with my dad. We'd catch snappers right off the edge of the water. You could fill a bucket in 20 minutes. We'd do this every weekend.

I now have kids, an 8-year-old and a 9-year-old, and I thought I'd take them fishing at that very spot. We spent the whole day and came back with two fish. But maybe it had just been the wrong day, or the wrong tide, so we went again a few weeks later. Nothing. And I start looking around, talking to the other people out fishing, reminiscing about how years ago we used to actually catch stuff until the pollution and this thing or another. And I think that's what did it for me, at that point. The knowledge sinking in that my kids would not enjoy the same things I did, with my dad, living here.

What's next for Jamie Towers?

We were the first property in the city to receive bins for electronics recycling, or e-cycling. And we're going to start composting. By April we'll have developed a strategy, and we'll be able to use within our development and for residents that have flowers or plants on terraces and such. 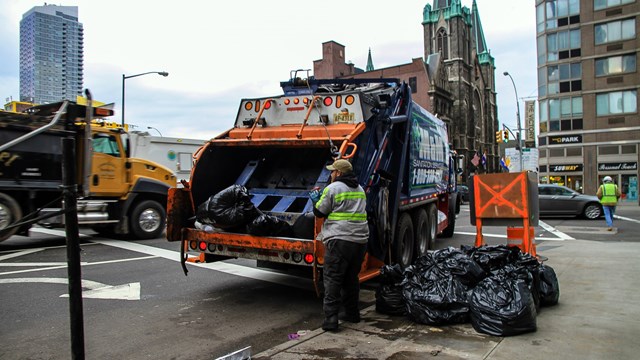 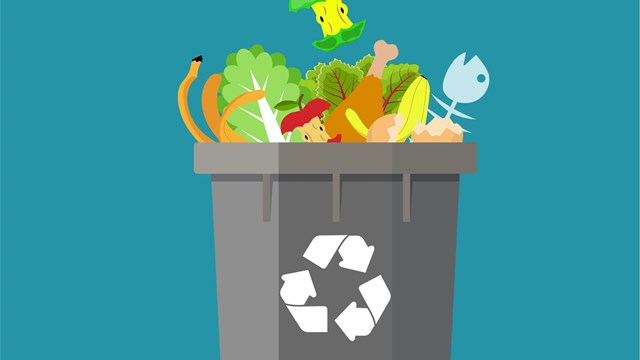 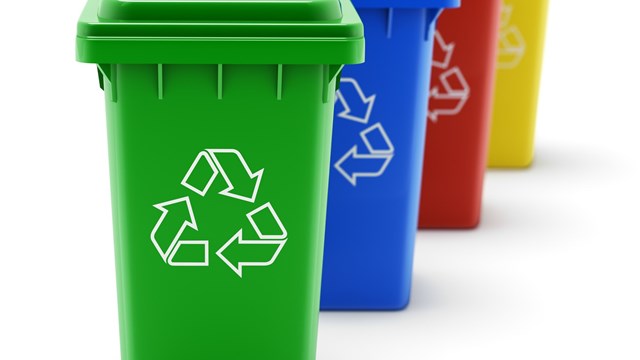 Customizing Your Trash Cans for Your Property

These Aren't Your Average Plastic and Metal Bins