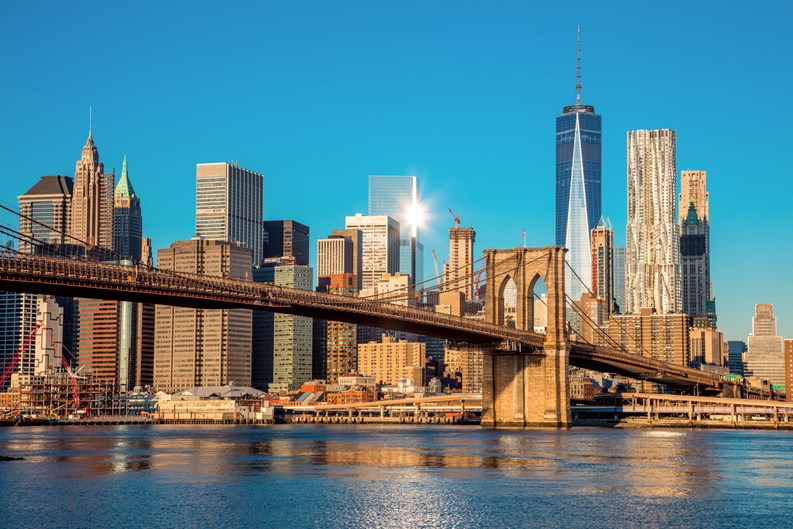 Real estate brokerage and data analyst SERHANT. reports that the second quarter of 2021 showed that Manhattan is experiencing a major rebound in all types of residential sales compared to the same quarter last year. In fact, the number of sales is meeting or exceeding records, and prices are on an upward trajectory—indicating that we are once again on the verge of a seller’s market.

Garrett Derderian, SERHANT.’s director of market intelligence, says in a statement, “We are in the midst of the strongest housing market the city has seen since at least 2008, driven by appropriate pricing that is now in line with market expectations. There has not been a quarter since then where more contracts were signed,” noting that 2008 was the first year such data were recorded.

According to the brokerage’s market-wide report, 2,739 sales closed in Manhattan in the second quarter—a 123% increase over the same period last year. Derderian characterizes this post-pandemic rebound as “spectacular,” adding that “especially in the luxury sector, the number of transactions is moving at a record pace. People are buying and buying big. Larger apartments of all unit sizes are trading as buyers sought out more space due to lifestyle changes brought on by the pandemic and the shift toward somewhat more flexible remote work policies.”

Derderian notes that certain sectors of the market “still have a way to recover.” Specifically, listings at $3 million and above are struggling to sell, with those at $20 million and higher seeing the greatest supply level, at 24.2 months. This, says Derderian, is “an extreme buyers’ market.”

New developments—which were lagging in sales over the past year—are seeing a comeback as well. There were 469 new contracts reported, outpacing Q1’s 276 and last year’s 98 in the second quarter. “There are several very well positioned buildings selling at a record pace,” says Derderian, “while others are still correcting. Developers who moved more aggressively to price their properties appropriately, and offer concessions as needed, did well.”

As for the future, Derderian suggests two factors that might influence even greater growth: the return of the international buyer, and the mayoral election. “So far this year,” he says, “most buyers have been domestic, as international travel was limited. We have yet to see the foreign buyer return en masse. We also have an upcoming mayoral election, which many are optimistic will breathe new life into the city. Both of these factors, along with pricing that is more in line with market expectations, could drive more people into the housing market.”

What does this mean for the city that never sleeps? “While heightened activity is itself a sign of the resilience of New York,” says Dederian, “it also tells us the ‘flight to suburbia’ was greatly overstated. … Whoever said ‘New York is dead’ was dead wrong.”