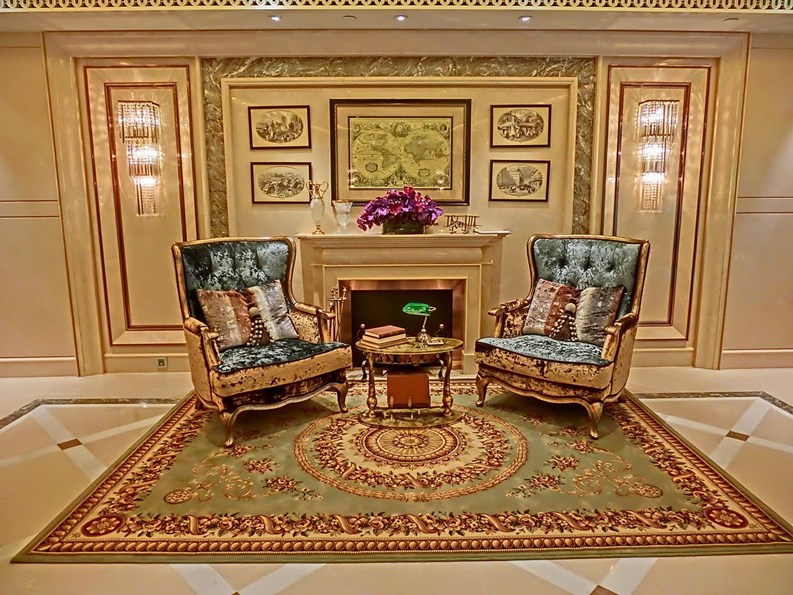 While not usually considered an amenity per se, an elegantly appointed lobby can be both a draw for prospective purchasers and a welcoming space for residents in co-op and condominium communities. While some communities furnish their lobbies and entry areas like lavish semi-public living rooms, others prefer a more minimal, or even stark aesthetic. What's behind those choices, and how does the look of a lobby really impact a building community?

To what extent should a lobby be furnished, and what kind of furniture is most appropriate? Marilyn Z. Sygrove, president of Sygrove Associates Design Group, based in Manhattan, has been designing lobby spaces since 1983. She says that doorman buildings virtually always have furnished lobbies; if a building doesn’t have furnishings in its common areas, it’s most often smaller, with an unattended lobby.

A spartan lobby may not be an indication that the building can't afford furniture; rather, it may simply be that the shareholders or unit owners who call the building home prefer to maintain the area as a transitional space that people move through, rather than congregating or hanging out at length.

“My experience is that in non-doorman buildings, the residents may want less furniture,” says Sygrove. One of the reasons for that is theft – especially in a building without security cameras scanning the lobby, “The furniture can disappear,” says Sygrove. “When someone moves in or out, you don’t want the couch from the lobby moving with them.” Other reasons include discouraging activities that could damage the space or its contents (think diaper-changing, eating, kids roughhousing, and so forth), and loitering.

Susan Lauren, the principal of Susan Lauren Interior Design, concurs. “I’ve never encountered a building that didn’t want any furniture,” she says of her 20-plus years in the business, “but many say they want less furniture, because they don’t want people hanging around in the lobby. In these cases, we will use a console instead of a bench to fill the space, which won’t encourage sitting.” Lauren also says she often gets direction from boards that while they do want seating, they don’t want ‘comfortable’ seating – so they'll request benches rather than a comfy sectional sofa with an ottoman. Regardless, says Lauren, boards and residents want furniture that's durable and attractive. To get the most for your money, “Always go with the hospitality quality pieces and fabrics.”

Another option, says Sygrove, is decorative pieces – which could be artwork, floral arrangements, or other points of interest to liven up the space. “A beautiful Deco mirror in an Art Deco period building can be very impactful.” Murals and other artwork can also complete a space without necessarily filling it with furniture. “The space shouldn’t look austere or empty. I’ve been told a well-appointed lobby can increase apartment values by as much as ten percent.”

Joanna Mayfield Marks is a licensed broker with Halstead Properties in their Park Slope, Brooklyn, office. “In many buildings out in the Flatbush and Ditmas sections of Brooklyn, there are enormous lobbies with nothing at all in them, though they are in excellent condition. It can feel vacant, empty, or unfinished. They can seem hollow. One can hear echoes sometimes. Often this is a conscious choice on the part of the corporation or association to keep costs down, especially since there’s no doorman. Frankly, the buyers purchasing at these buildings are looking for economy, so they’re okay with this.”

Mayfield Marks does point out though that ‘curb appeal’ goes a long way in selling apartments, and in Manhattan and more exclusive areas of Brooklyn, well-appointed lobbies are an attractive selling point. She believes that in those markets, the curb-appeal of a nice lobby pays off for the unit owners at sales time.

In the final analysis, the decision to furnish or not to furnish your lobby may well rest with the character of your building. Those seeking the posh lifestyle of a full-service building will expect and elegant lobby, a place where they can wait for their Uber to arrive in luxury. Those seeking economical living arrangements may opt for less opulence. As Sygrove points out, “we design for the board, as the board generally makes these decisions, but the board is well advised to engage the general population of the building before making their choices.” Clearly, furniture or not, is one of those choices. 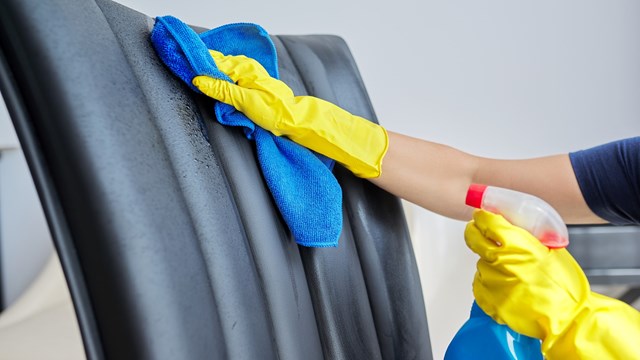 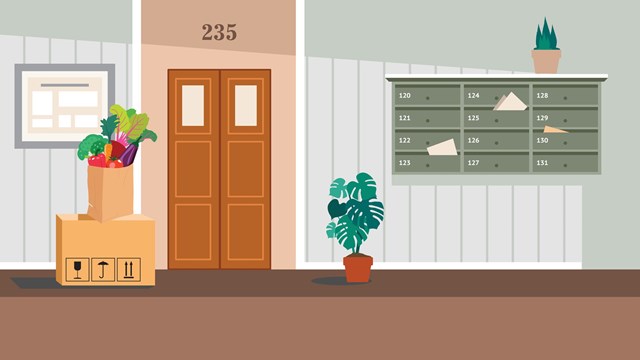