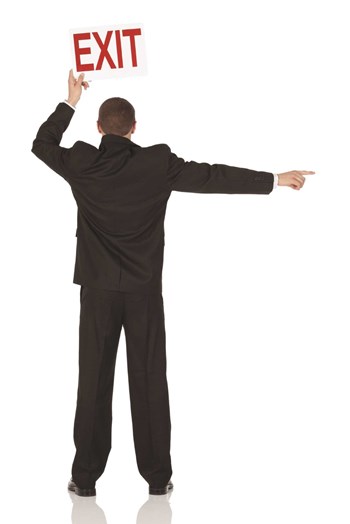 While September 11th probably stands as the biggest emergency New Yorkers have faced to date, many other, less-catastrophic crises arise in the city every day, from fires to water main breaks to building collapses. And whereas residents have long been accustomed to inclement—and sometimes dangerous—winter weather, it wasn't until Superstorm Sandy hit in 2012 and cost nearly five-dozen lives and roughly $19 billion in property damages that the city realized its vulnerability to natural disasters as well as man-made ones.

That's why, now more than ever, it’s critical to have an updated emergency plan in place that reflects the unique needs of your particular building and community. The end goal in any emergency event is a clearly defined, safe evacuation plan.

“There aren’t a lot of firms who work in this residential emergency planning space because it is a difficult business model,” says Philip M. Hecht, a partner at Howard and Hecht, LLC, a consulting and technology firm with a focus on business continuity and helping organizations mitigate the risk of disasters. “You often have a property manager who has to deal with the board, which is a volunteer organization with different backgrounds and agendas. So it’s often hard to bring in emergency planning and resiliency professionals—particularly to the residential high-rise market. Boards have to do emergency planning not for the next disaster, but to protect the building—it’s an arch over facilities, people and process.”

Ralph Petti, president of Continuity Dynamics, Inc., another international firm focused on the areas of risk management, business continuity and disaster recovery planning, says boards and management should first understand what programs and resources are available, and build their emergency plans from that knowledge.

“Many new programs have been announced since major events such as 9/11, the Con Ed steam-pipe explosion and Hurricane Sandy,” Petti says. “The leadership of boards and management organizations must draw upon the visibility and impact of such events and capitalize on those awareness opportunities. The consequences of not following such are apparent every single day in instances of fire, power outages, worker strikes and other significant events.”

And while it is recommended to revisit a disaster plan each year, there isn’t a template that will cover all bases. One reason is that there are different-sized buildings with different populations and locations. “The bigger the building the more detailed you the plan should be. Each plan is like each building—they are different. Buildings may look alike but the resident make up will always be different,” says Greg Carlson, executive director of the Federation of New York Housing Cooperatives & Condominiums (FNYHC).

Carlson adds that the communities with the most problems tend to be “scattered-site” complexes, which are comprised of multiple buildings, each of which may hold two to four families. “There could be hundreds of these buildings, covering tens of acres of property, involving hundreds—even thousands—of households,” says Carlson. “Communication is a real key to those communities.”

The mean age of residents can also play a role in determining best practice emergency planning, as do any special needs those residents may have, such as medications or special equipment, mobility concerns, and vision or hearing impairments. Care of pets is also an issue of great concern to many. Carlson says boards should administer a detailed survey to understand the special needs of all residents, and that list “should also be available to the first responders. Families should have their own emergency plan with deals with children and pets,” he adds.

And in a city as diverse as New York, it’s essential that the languages spoken by all residents are represented in the emergency plan. “This must be accommodated ahead of time,” says Petti, “and there are limitless resources available that can help, in the form of civic associations, local businesses and community leaders. Signs should be posted in all appropriate languages with specific instructions on how to act.”

Regardless of the size and sprawl of the building or buildings, managing agents and boards have resources to assist in the development of emergency plans. Aside from the New York City Police Department (NYPD) and New York City Fire Department, (FDNY) a good planning starting point is the New York City Office of Emergency Management (OEM) website, which has a special section for preparedness for homeowners and building owners: (www.nyc.gov/ html/oem/html/nycsevereweather/home_and_buildingowners.shtml).

“Collaboration with local and state agencies, and with civic-minded organizations, such as The American Red Cross and The Salvation Army, can help,” says Petti. “In addition, boards should turn to their engineering, maintenance, fire prevention and other such contractors for advice and include them all in their planning.”

The New York City Council passed legislation (Intro 1085-2013 – title 30), signed into law as Local Law 98 by the mayor on November 19, 2013, mandating that emergency preparedness plans be written, customized and posted for most residential and commercial buildings. In addition, they must contain special considerations for at-risk owners and tenants. They must outline protective measures, flood zone status, system shutdown criteria, supplies, and communication methods prior to and during weather or power events. Similar doctrines have been added to industry in commercial structures and, into areas such as health care, transportation and many others.

As a result of this new local law, the New York City Administrative Code was amended in May 2014 to include sections §30-113 and §27 -2051.1. Hecht explains that this created a two-pronged approach to emergency planning by requiring: (1) the creation of emergency preparedness recommendations for residential and commercial building owners and (2) the posting of emergency information in certain residential buildings.

“The new local laws regarding emergency preparedness are an outgrowth from the devastating effects from Hurricane Sandy, and crafted as part of the 32 different recommended efforts outlined in the Strategic Initiative for Rebuilding and Resiliency (SIRR) report, which was launched under the Bloomberg Administration,” says Hecht.

While Superstorm Sandy was noted as a reason for the aforementioned amendments, there are hosts of other emergencies that New Yorkers have to be ready for at a moment’s notice. “They are building collapses/explosions; carbon monoxide; coastal storms and hurricanes—even earthquakes, which we experienced a couple of years ago,” says Carlson. “There is also extreme heat; fire; flooding: chemical spills; severe weather; utilities disruptions and winter weather.”

While less likely, pandemic diseases and terrorism have also been in the headlines lately. This has rightly troubled some residents. “No one knows that to expect if these events occur,” says Petti. “The best thing that anyone can do is plan for an all-hazards approach whereby you are prepared for any event. In this case, you must plan for the elements of your environment failing or being corrupted, which include loss of personnel, power, clean water, access, communications and other factors that may impact you.”

While emergency plans, generic or unique, will differ from organization to organization, those buildings with an emergency plan in place should make all efforts to educate residents. This can be done via board meetings, email, text message or bulletin boards – old-fashioned or electronic. If an association is comprised of diverse residents than multiple language messaging is recommended.

“The best way is to educate residents about a plan is to speak about it at board meetings, and by putting out a notice to all tenants that an emergency management plan has been put into effect,” says Frank Valenti, president of the Scarsdale-based Valcon Contracting Corporation, a general contracting and restoration firm. “It is also the building's responsibility to send it out to all tenants and/or have it readily available.”

Petti stresses the importance of communication as well, and says he believes it is the most powerful avenue to help prepare, respond and recover from a disaster event. And while the board or building management should have everyone’s contact information, he notes there are laws that protect the privacy of individuals to the extent that it is not mandatory to provide such information.

‘The most reliable means of communication is a simple email sent in a pre-determined group code to all tenants and employees,” says Petti. “If this can be sent, it is incumbent upon the recipient to receive such. For example, when almost nine million New York City-area residents had no power during Hurricane Sandy, there was little phone service and communications capability, so texts, phone calls, Blackberry PIN messages all were for naught. Simple emails or POTS (plain old telephone services), while somewhat antiquated, worked best!”

Board members and managing agents might be responsible for the development and administering of an emergency plan, but if a disaster strikes, they should follow the plan like all other residents.

“The responsibilities of the board, management and building staff are to create some sort of a plan for everybody to follow so they have access to all the right contact information and vendors in their property,” says Valenti. “It is up to the inhabitants to actually use the plan. Management could be held liable if they don't carry the proper insurance to cover themselves in emergency situations.”

The safety and well-being of residents, board members, managers, staff, and pets is always the paramount concern after any disaster. But when the event passes and residents are left to rebuild respective lives, it becomes equally important to ensure that proper insurance is in place and that related due diligence has been exercised.

“If the intent to protect one’s residents or tenants is sincere and there is evidence that the board or management company tried to do all that they can do, then it may help with any defense brought on upon by an affected party,” says Petti. “In turn, if the board or management company provides a resource that is not followed by the resident or tenant, then negligence on behalf of the complainant may be proven.”

Carlson says that when in doubt, he recommends that boards and management agencies contact the Office of Emergency Management with any questions. In recent years, however, there have been changes in this aspect of the industry that affords outreach to specialized firms.