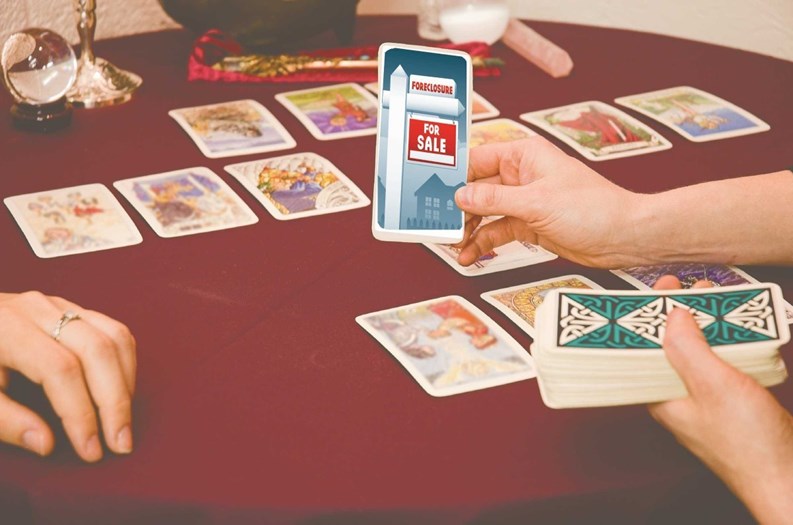 While the economy sputters along and unemployment rates remain steady at more than nine percent, there doesn't seem to be much call for celebration—but all is not gloom and doom. The real estate market has been one of the most notable casualties of the recession but in certain regions sales of homes and condominiums are showing positive signs, giving hope to an industry that has been treading water for over three years.

“The market is about the same from where it was last year,” says Michael Slattery, senior vice president of research for The Real Estate Board of New York (REBNY). “We have come out of the recession and are in the process of stabilizing out.”

In September, the National Association of Realtors (NAR) released its monthly report and the news was somewhat encouraging. From August 2010 to August 2011, sales of existing single-family, townhomes, condominiums and co-ops spiked by18.6 percent. The report also found that sales on a monthly basis increased by 7.7 percent with unsold inventory dropping by three percent.

“On the low end of the Manhattan market there are still some deals to be had,” says David Berkey, managing partner of the Manhattan law firm of Gallet Dreyer & Berkey. “Pricings are firming up, but they're still not up to where they used to be a few years ago. It depends on the specific location of the building and the apartment within the building,” adds Berkey, who practices real estate law and litigation, concentrating on issues affecting cooperative corporations and condominium associations

While national aggregated real estate statistics show promise, these real estate tea leaves should be read with caution. “Some of the improvement in August may result from sales that were delayed in preceding months, but favorable affordability conditions and rising rents are underlying motivations,” noted Lawrence Yun, NAR’s chief economist. “Investors were more active in absorbing foreclosed properties. In additional to bargain hunting, some investors are in the market to hedge against higher inflation.”

According to Halstead Property’s Third Quarter Market Report, the Manhattan real estate market remains pliant, with the average apartment price at $1,437,302, representing a slight increase from last year. “Our market report this quarter is based on 2,492 apartment sales, which is higher than the previous quarter and slightly higher than last year,” says Diane Ramirez, president of Halstead Property. “These are clear indications of a good balance in supply and demand.”

Ramirez explains that a 17 percent gain in the three bedroom and larger apartments pushed the average price for all co-ops two percent higher from third quarter 2010. However, the average price declined for studio and one bedroom co-ops compared to the previous year. Condominium apartments realized an average price rise over the past year, led by a six percent gain in studio apartments. Overall, the average condo price rose two percent. “Apartments stayed on the market for 111 days which was down from the previous quarter but up from a year ago,” adds Halstead’s Chief Economist Gregory Heym. Sellers received 95.8 percent of their initial asking price which remains unchanged from last year.

The unstable economy and volatile stock market are impacting submarkets across the nation. There are states, however, that are doing better such as Texas, Oklahoma, Florida and New York, all of which have experienced gains between one and two percent. “With the condominium and co-op market we are seeing more deals going forward this year than we did last year,” says Berkey.

“In our view, the market is much stronger than it has been. Several factors play into this including liquidity and many buyers that had stalled real estate investments in recent years are more motivated,” says Kirk Henckels, director of Manhattan’s Stribling Private Brokerage, a firm catering to the luxury real estate market.

Henckels explains that during the recession, high-end properties exceeding five million dollars were discounted in some markets up to 50 percent; however, in today’s market if deals are available, reductions are closer to 20 percent or lower depending on location.

“The social taboo surrounding luxury items that set in after the financial collapse no longer exists and people will say without issue that they just purchased a $15 million dollar property,” he says. “The numbers are up significantly, including trophy sales that have received above asking pricing, which is leading to a shortage of good inventory.”

Overall, interest rates remain low and federal programs such as Fannie Mae and Freddie Mac offer options, but for many investors, there are too many regulations attached. Additionally, beginning in 2012, Fannie Mae and Freddie Mac will gradually increase fees charged to lenders. “Financing has been tight which has been a problem for some people,” says Slattery. “And people are also worried about their jobs, which impacts long-term purchases.”

The migration that began taking place over ten years ago to Brooklyn remains vibrant. Areas of the borough once deemed undesirable for the Manhattan crowd are becoming attractive such as Bedford-Stuyvesant. “The Brooklyn trend will continue because quite honestly, people have been priced out of Manhattan,” says Berkey. “Now people are getting priced out of Brooklyn Heights. So, people move into other areas such as Park Slope and further up which have become much safer neighborhoods than they were five or 10 years ago.”

Whereas buyers might be willing to cross the Williamsburg or Brooklyn Bridge for more space at a lower price, the Corcoran Sunshine Marketing Group found that options for those looking to stay in Manhattan are hard to find. For example, in 2007 there were 8,552 condominium units open for sale. This year that number is only estimated at 1,111, which is down from 1,767 last year.

Will the Real Estate Winds Kick Up?

Historically, real estate recovery is in tandem with job recovery,” says Berkey. “The rebound will depend in large part on people’s perspective of the economy and the availability of mortgage money,” he continues. “With mortgage rates kept low, it will help to stimulate the economy because people are able to make a comparison between what they have to pay for rent versus purchase.”

As Democrats and Republicans hem and haw on how best way to rebuild the economy, only small steps are being realized in Washington D.C. Likely, this slow pace will continue as the presidential election ramps up. In addition, the president raised the debt ceiling in August (the seventy-fourth time since 1962). Now in an attempt to find an additional $1.5 trillion in debt savings over a ten-year period, a bi-partisan “super committee” has been selected and remains busy working on this goal on Capitol Hill. What does this mean for depressed real estate markets like New York? Only time will answer this question but indications are positive.

“Typically, a stable market has a six to nine month supply of inventory and currently, our inventory is at an approximate seventh month supply, which is healthy. In addition, the number of sales in the third quarter further validates the point that we are in a stable market,” says Ramirez.”

The recent anniversary of September 11 provided a glimpse into what the future holds for the downtown market. The Tribute WTC Visitor Center and monument is expected to draw millions of visitors each year. While a long time coming, the lower tip of Manhattan is poised for a boom.

“What is happening downtown is that it is becoming a hot residential area. The construction and building downtown will only help,” says Berkey. “When you have a critical mass of residential real estate, with high-end restaurants, nightlife, shops and stores, it will become an increasingly interesting place to live.”

Helping the situation was the Conde Nast commercial real estate game changer. The publisher leased one million square feet at One World Trade Center. This move sent shock waves through all the Manhattan submarkets and removed the stigma that downtown lacked spark and energy. Based on this new lease, it is estimated that more high-end creative tenants will flock to the area.

“This all started coming back five years ago and now there is a real desire to make it a 24/7 area,” says Slattery. “This downtown residential and commercial market continues to grow and the memorial is yet another sign that things are changing as they are expecting about two million more tourists than they did two years ago.”

Looking forward, New York City is better positioned than most markets in the nation; however, the forecast isn’t all sunny. Depending on the area, it is difficult to determine if it is a renter’s market or landlord’s market. “There is still a dearth of inventory of condominiums due, in part, to the lapse in the building cycle and that is a good thing for the market,” says Henckels. “At the same time you have the global economic situation, which is impacting our market,” he continues. “I think the general outlook is that the market will remain flat for the next couple of years, and flat is good.”