Do not show again [X]
By Crystal Proenza   2007 Sept Neighborhoods 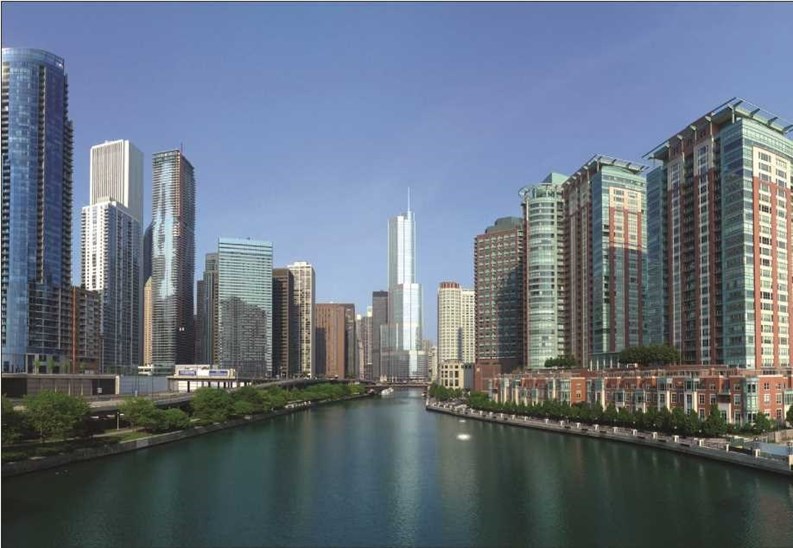 A walk along the Esplanade is all it takes to absorb the beauty and essence of Battery Park City. Running the entire length of Battery Park City, the 1.2-mile route is a wide walkway that provides breathtaking views of New Jersey's "gold coast" and Jersey City's up-and-coming downtown district. Historic Ellis Island and the Statue of Liberty can be seen in the distance, while closer by are hundreds of species of plant and flora. Rollerbladers and bikers roll along the riverside, while others sit on benches or stroll by the view.

The trees all along South Cove make you forget you're in the city that never sleeps, yet every vantage point offers a different view or new adventure. The expansive green fields dotted with people run up to the glass-and-steel towers of the World Financial Center at North Cove, which in turn give way to the brick or brownstone waterfront condos in the southern part of the neighborhood.

And then there's the art. Rector Gate, a sculpture evocative of a futuristic weathervane, stands as one of the many entrances to the Esplanade. Nineteen other modern artwork installments are scattered throughout Battery Park City, serving as reminders as to why the neighborhood is known as an "urban experiment." From its inception, the neighborhood has been a testing ground for innovative ideas about urban living.

Recent History, the Only History

Named for the historic park on its southernmost tip, Battery Park City did not exist 50 years ago. Indeed, it's hard to imagine that this 92-acre plot of land wasn't even imagined until the 1960s. Separated from downtown Manhattan by West Street, Battery Park City is a 'planned community' owned and managed by the Battery Park City Authority (BPCA), a public-benefit corporation created by New York State.

According to The Battery Conservancy website, Battery Park itself got its name in 1623 when the early Dutch settlers landed and the first 'battery' of cannons was erected to defend the city. In the 1800s, the park served as a welcoming center for immigrants before Ellis Island was established. It is now known as Historic Battery Park.

The area now known as Battery Park City was once filled with busy piers as part of the Port of New York. When the rise of air travel made the port obsolete, the piers were abandoned and began to deteriorate.

In 1966 Governor Nelson Rockefeller announced a plan he created with private firms for a landfill to revive the area. In 1968, the New York State Legislature created the Battery Park City Authority to oversee development of the area into a mixed-use residential and commercial neighborhood with public park space. The dilapidated piers left by the Port of New York were demolished and land was created using clean fill from excavation of the World Trade Center site, among other places.

Construction on the first residential building, the 1,712-unit Gateway Plaza, began in 1980. The World Financial Center then began construction in 1981.

"In the early days, there were no amenities such as grocery stores, restaurants or parks," says James F. Gill, chairman of the Battery Park City Authority. "Battery Park City was populated mostly by young urban professionals," because of its location within walking distance from Wall Street.

"In 1995, in its hope to attract families to the area, the Battery Park City Authority adopted a policy that required developers to build larger apartments [no less than 1,000 square feet]," Gill says. "This has resulted in a community with demographics consisting of families as well as business professionals."

Green - from Grass to Buildings

There probably isn't a neighborhood any more "green" than Battery Park City. Each of the beautiful and well-maintained parks is watched over by the Battery Park City Conservancy, a private non-profit organization, and provide serene getaways from city living. The riverside community not only includes 35 acres of open space and parkland, but is also a leader in the environmental "green" movement. It makes sense—after all, the entire community was literally built from renewed land excavated from the Hudson River and the building of the World Trade Center.

Now, the Battery Park City neighborhood leads the way in renewable energy standards. Many of its buildings have been LEED certified. The Leadership in Energy and Environmental Design (LEED) program is a nationally accepted rating system created by the United States Green Building Council. In 2003 the first sustainable residential building in the U.S. was developed in Battery Park City: The Solaire at 20 River Terrace. The Visionaire, which uses an intricate water filtration system for toilets, has a green roof and gets 35 percent of its electricity from renewable energy sources, is the only residential building in the country to earn the LEED platinum rating. Tribeca Green, a 24-story residential tower at 325 North End Avenue, is rated gold. Riverhouse is a gold-certified building that uses a geothermal well to heat and cool the common areas, and features solar panels, microturbines and insulated windows.

The new world headquarters of financial heavy-hitter Goldman Sachs is currently being constructed in Battery Park City. Scheduled to be finished in 2009, the building is aiming to achieve a gold LEED certification. Other new residential developments, like One River Terrace, will also be green buildings.

Throughout the various versions of master plans that existed during the planning of Battery Park City in the '60s and '70s, there had always been one goal: to create a place that reflected nature. Now, reflecting on all of the LEED certified buildings and green guidelines, the community is also working to preserve nature.

"Battery Park City is a neighborhood of families, artists, government workers, business professionals," explains Gill. "There is a good economic mix in the neighborhood due to some of the government programs developers have taken advantage of that mandate a certain amount of moderate income housing in those buildings."

Of course, no discussion of Battery Park City's largely successful history would be complete without mention of the neighborhood's darkest day —September 11, 2001. As ash and dust from the collapsed World Trade Center towers swirled through the streets, BPC residents fled for their lives. Many weren't able to return for months, and a few decided not to move back at all. Despite the trauma of the attacks however—and with the help of some government-subsidized renting and purchasing incentives, the riverside community is back on the incline, with businesses investing in developments and residential condo sales on the upswing.

According to Halstead Property's Quarterly Market Report the median price of a unit in Battery Park City has jumped 153 percent in the last year, mostly due to the number of closings at a new development, 30 West Street.

The current cost of an apartment in Battery Park City can range from $1,100 to $2,500 per square foot, according to Victoria Terri-Cote, vice president at the Corcoran Group in Manhattan.

"The buildings range in height from nine stories to around 40 floors high. The average number of units in lower buildings are 107 to 150, and in the higher buildings 250 to 550 units," says Terri-Cote. "The most desirable are the corner apartments with southwest exposure and Hudson River facing."

Keep in mind though, it's hard to get a bad view anywhere in Battery Park City, Terri-Cote says, as there is so much greenery throughout the area. Even if units are facing the city, the views are dazzling at night, she says.

Currently, there are approximately 9,000 residents in Battery Park City. When it is fully developed, this number can rise to as many as 12,000 residents, according to Gill.

"People are attracted to Battery Park City due to its vast open spaces, public art, waterfront access, green living," says Gill, "and the residents are very involved in their community. They organize community events such as the annual block party [on September 16], an annual carnival organized by the PTA of PS/IS 89. The Battery Park City Authority and its parks department, The Battery Park City Parks Conservancy, host nearly 1,000 free concerts, family dances and events throughout the year," he says.

"The neighborhood is the ideal place to de-stress after work with its abundance of outdoorsy offerings," says Terri-Cote. "There's walking or running on the path on the Esplanade, biking, exercise and swimming at the many health clubs in the area, yoga classes, ball playing, even sailing and sailing lessons from the North Cove Yacht Harbor."

"The most distinguishing quality of the area is the pristine natural beauty of it —the beautiful South of France or Southern California type of light, the Hudson River, Esplanade, parks, gardens and abundance of greenery and being surrounded by nature," Terri-Cote continues. "And the fact that it offers the best night's sleep in the city, as it is set back away from the noise of the highway and is so quiet! It's like living in the suburbs without ever having to leave Manhattan. It's the best of both worlds - a true oasis in New York City."

"Once someone has lived in Battery Park City, they usually never leave it," notes Terri-Cote. "Instead they opt to 'upgrade' to a nicer or larger apartment just as long as they can stay in the neighborhood. Once someone has lived there and experienced the fantastic lifestyle, there is an allegiance to living there as long as they stay in Manhattan."

Crystal Proenza is associate editor of The Cooperator. 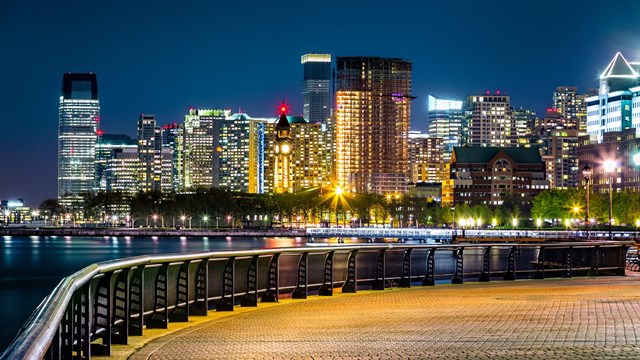 Down the Jersey Way

Checking In on a Vibrant Jersey City Condo Market