Nearly 150 years ago, the grounds of Parkchester in the Bronx served as a shelter for New York City’s homeless children. It was a place where kids could learn a trade and get a second chance. Today, Parkchester is enjoying its own second chance, a revitalization befitting of a place that once served as a model of planned community living.

Comprised of 112 residential buildings spread out over 129 acres, Parkchester today is home to more than 40,000 residents occupying some 8,000 condo and rental units. The community is also home to dozens of retail shops, restaurants and even a multiplex movie theatre.

In the early years of the 20th century, the tract of land bordered by East Tremont Avenue to the north, McGraw Avenue to the south, White Plains Road to the West and Purdy Street and Olmstead Avenue to the east served as the home of a Catholic protectory. Homeless kids, children in trouble with the law and young people whose parents could not afford to feed or clothe them found refuge on its grounds. They learned how to bake or do carpentry or sew, useful skills that would provide them with careers later. “They even had a uniformed band that would play throughout the city,” says Lloyd Ultan, Bronx Borough historian.

The Parkchester came into being through a fluke of legislation. In the 1930s, the New York State government temporarily amended its insurance code, providing a window of opportunity for life insurance companies to invest in rental housing projects. Metropolitan Life Insurance Company leapt at the chance to develop planned communities, the first of which was Parkchester.

The enormous complex—which at the time it was built was the largest housing complex in America—took its name from the communities that bordered it: Park Versailles and Westchester, which was the oldest continuously inhabited area of the Bronx, first settled in 1654. Construction on Parkchester began in 1938 and was completed in 1942, just after the United States entered World War II. The community was designed to be a middle-class city of its own, with shops including the first satellite Macy’s store, which is still there today. “Most new construction at that time was for the wealthy,” Ultan says. “Met Life built Parkchester as an experiment in housing for the middle class.”

A Look of Their Own

Designed by a team of architects that included Empire State Building creator Richmond H. Shreve, the buildings of Parkchester, which rise seven to 15 stories into the Bronx sky, have a classic Art Moderne look. “The uniform red brick is broken up at the corners of each building with playful terra cotta figures,” Ultan says. The entranceways also have terra cotta pieces overhead, providing a welcoming feel to each building.

The apartments themselves, however, were quite “intimate” in size, Ultan says, laughing. While most apartments in the Bronx were on the larger side at the time, the living spaces in the Parkchester were more akin to the economy-sized living spaces of Manhattan apartments. Units had one bedroom, a living room, a kitchen and a bathroom, with cross-ventilation serving as mid-20th century air conditioning.

Beyond the apartment walls, Parkchester stood out for its landscaping, something it still takes pride in today. The scores of buildings surround an oval park, a landscaped area featuring flowers and the Fantasia fountain, designed by Raymond Granville Barger. Known originally as the Metropolitan Oval, the name was changed recently to the Aileen B. Ryan Oval, in honor of a former long-time resident. The lush greenery of the entire Parkchester area makes it a haven in the fall, when families come out for quiet weekend strolls, taking in the golden fall colors. “There is more grass and shrubbery and plantings than housing in terms of acreage at Parkchester,” Ultan says.

For decades, Parkchester proved to be a popular housing option for thousands of middle class families. In fact, the community served as a model for other housing communities in the New York area including Stuyvesant Town and Peter Cooper Village.

When surrounding neighborhoods began to decline in the 1960s, however, Parkchester began to suffer as well. Metropolitan Life let the buildings go, doing only minimal maintenance and causing long-term dissatisfaction among its tenants. In 1968, the company sold the property to developer Harry Helmsley, who, according to a 2003 New York Sun article by Julia Vitullo-Martin, “pretty much stopped maintaining it, period.” Helmsley oversaw the conversions of the community — now known as Parkchester North and Parkchester South — into condos, with the northern parcel switching over in 1974 and the southern buildings converting in 1986.

“[Helmsley] almost immediately regretted his purchase,” Ultan says, “because his experience was with office buildings.” He had difficulty dealing with tenants who were there 24 hours a day, seven days a week, the historian adds.

The market for Parkchester condos cooled in the 1990s, causing Helmsley’s company to relax its rental standards. Crime quickly went on the rise, residents fled, and property values took a significant tumble, with apartments going for as little as $30,000 or less in the mid-1990s. In 1998, a non-profit organization known as Community Preservation Corp (CPC) undertook what Vitullo-Martin describes as “surely the largest and most complex private rescue of a housing development in American urban history.”

Through a for-profit subsidiary, the CPC brought in investors to create the Parkchester Preservation Company (PPC), which purchased more than 6,000 rental apartments, a 500,000-square-foot shopping center and five parking garages from Helmsley — all for the relatively small cost of $4.5 million, according to The New York Times. It is estimated that Helmsley was losing millions on his investment each year, so despite the small sale number, he still escaped the deal in relatively good shape.

Immediately, the PPC pumped more than $30 million into repairs, including an overhaul of the failing plumbing system that was creating considerable ill will among residents. Today, renovations are nearly complete with somewhere between $175 million and $200 million spent on much-needed plumbing, electrical, masonry and window upgrades and repairs.

Perhaps the most remarkable aspect of Parkchester’s turnaround is the fact that despite all of the development’s troubles and the massive effort undertaken to improve values and quality of life for residents, there has been minimal resident displacement. Residents are actually helping to cover the costs of the improvements via increased common charges and tax abatements — though elderly and disabled residents have received assistance from the building’s management in covering those costs.

According to the New York Sun article, “Most of the [building] systems renovation will be paid for out of common charges and tax abatements. The net effect is that the average unit in the south will pay a small increase of $30 monthly, plus the cost of directly metered electricity. Costs in the north are higher, but still modest: $75 to $80 monthly. Elderly and disabled residents with incomes below $25,000 will be subsidized by PPC with up to $75 monthly for up to 15 years.”

Life in Parkchester is looking up these days, with property values on the climb once more. In recent years, condo values have breached the six-figure mark with the much-publicized renovations bringing in new buyers, including “a stampede of young professionals,” according to The Village Voice.

These new residents are finding much to love about Parkchester. Prices are lower here than in most other boroughs, offering solid, attractive living arrangements for a cost that cannot be matched anywhere in Manhattan.

According to Ultan, while there are some rental tenants still living at Parkchester, the majority of the complex is now condo, with unit prices far below what homebuyers could expect to pay in Manhattan or Brooklyn. Three-bedroom apartments in Parkchester run roughly $215,000, and one-bedroom, one-bathroom units can be had for as little as $95,000. Those numbers are up significantly from just a few years ago — in 2003, the Village Voice listed three-bedroom apartments in Parkchester for under $100,000.

Not only does Parkchester have reasonable prices and that early 20th century architectural flair that gives New York its character, but the community also offers easy commuting with the 6 train depositing folks in Midtown Manhattan in under 45 minutes. A bus ride to Union Square is only an hour long.

The community has become more welcoming and diverse, too, turning Parkchester’s early whites-only policy into an inexcusable but thankfully distant memory. Today, this middle-class enclave is home to a significant Hispanic and African-American population as well as immigrants from India, Bangladesh, Pakistan and the Dominican Republic. The diversity of the community in terms of nationality, race and age has given Parkchester new life and new energy.

In addition to Parkchester’s on-site shopping (who doesn’t enjoy a sale at Macy’s?) there are also plenty of restaurants, boutiques, even a Starbucks to quench the early-morning thirst of commuters. It is also becoming a solid place to raise a family, with a new charter school opening nearby and several houses of worship covering a number of religions, all within easy walking distance.

After nearly seven decades, the Parkchester experiment in community living still seems to be working well. Although news accounts still talk of the need to rebuild Parkchester’s family feel, the community has rebounded well from difficult times, inspiring new confidence in buyers. With its tree-lined sidewalks, convenient shopping, great transportation and plenty of growth opportunity, Parkchester is enjoying a revitalization, making the most of its much-deserved second chance. n 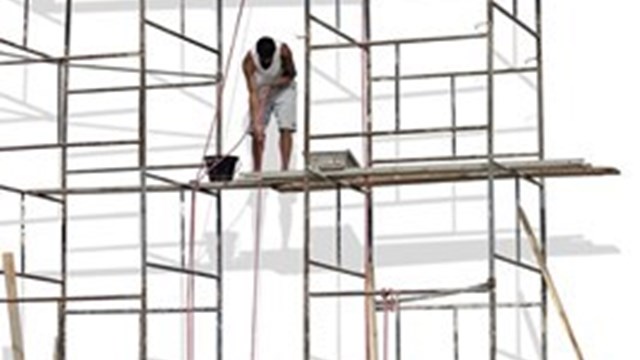 Anthony de Fex on A $3.1 Billion Headache?:
I remember reading an article here when the building was in process, it was heralded as utilizing new and advanced building materials and te…
Linda Sperling on Understanding What You Use Helps to Conserve:
When we have a several-day heat wave, Con Edison reduces our electric - sometimes by as much as 8%. I would like to know why they aren't re…
Marcia Bent on Manhattan's Crown Jewel-Keepers:
To the Central Park Conservatory Thank you for keeping Central Park beautiful for all of us to enjoy. The Central Park grounds are so well…
Monica on What’s Hot in Building Amenities:
How would I find a consultant on this matter?
Gene on What DIY Improvements Are Allowed or Not Allowed Inside Your Co-op?:
My co-op is pretty liberal minded when it comes to decorating and renovating. Anything that is not structural in nature doesn’t need board a…