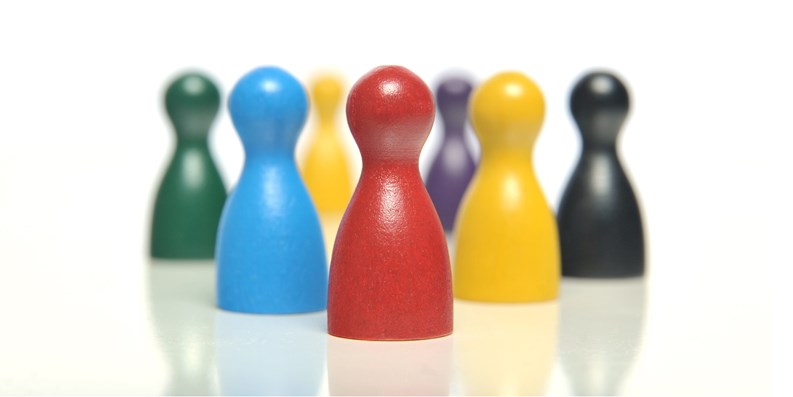 When one buys a private single-family home, it’s clear who the king or queen of the castle is: the homeowner. When it comes to condominiums and cooperative apartments, however, the relationship between owner and property is a little more complex. While the shareholder or unit owner rules within the walls of their unit, everything beyond the drywall—from the wiring and pipes in the walls to the shared common areas like laundry and fitness rooms, to the exterior elements that hold the building together and protect it from the elements—is governed by the community’s board under the aegis of its governing documents, which contain the rules and regulations that cover a far-ranging variety of issues and give the board authority over different aspects of how the building or association is run. Governing documents are themselves regulated by individual state laws and statutes, and at times even local ordinances.

The hybrid nature of ownership presented by condominium and cooperative homes gives many owners and shareholders a skewed or incomplete—and often incorrect—understanding of who is responsible for what in their community. This is partly because few purchasers of condominium and cooperative units ever really read the governing documents of the community they’re moving into, and also partly because many are coming from a rental environment and wrongly see the association or corporation board as their landlord—which it most certainly is not.

Single-family homeownership is very simple: You buy a home and the land underneath it. There may be some interface with local governmental authorities for provision of such necessary infrastructure as utilities, roads, and basic services such as trash collection, but as the homeowner, you’re in charge of maintaining your property, both the structure you call home and the land upon which it sits. If it snows, you remove the snow from your driveway. If your water pipes freeze and burst, you are responsible for repairing them. You are the king of your castle—and all the responsibilities that come along with it.

There is a short step between condo and co-op ownership and single-family homeownership, and that is the HOA—the homeowner’s association. In these communities, the owners within the community own their homes (which may be free-standing and not attached to anyone else’s dwelling) outright, but band together to assume certain responsibilities that would not normally be attended to by individual homeowners. These include things like maintenance and management of roads inside the community’s borders; a community clubhouse, pool, and any other private amenities; and common elements that may include utilities, facades, or landscaping, depending on how the association is set up. But generally, like single-family homeowners, HOA members are in charge of their homes, both inside and out.

Co-op ownership is significantly more restrictive. Co-op owners don’t own their apartments in the sense of having a deed to a piece of real property. They own shares in a cooperative corporation that in turn owns the building in which their apartment is located, and are issued a proprietary lease for their unit by the corporation. They can sell those shares and transfer the lease applicable to their apartment—but only to an approved buyer. That approval is given (or withheld) by the co-op’s board of directors—and most boards flatly forbid renting or subletting units, though there are some exceptions.

Many owners—both co-op and condo alike—have a misconception that their board and/or manager functions just like a landlord, and that as such, all of their complaints, minor or major, should be directed to either or both of those entities. “The biggest misconception condo owners have,” says Ellen Shapiro, a partner in the law firm of Marcus, Errico, Emmer & Brooks (MEEB), located in Braintree, Massachusetts, “is that the board exists to serve the owners individually. The board is not the landlord; the board is representing the community as a whole. It represents the organization, not the individual owners—and many owners don’t understand that. This problem is created when unit owners have (or are given) the impression that they can call management, the board, or even the association attorneys at any time and speak with them about anything in their interest. The board governs the common elements, not the individual units—although decisions they make may affect individual units. ‘If it happens in my unit, the board has to deal with it,’ is not how it works. The board is not your landlord, or your parent, and it can’t fix your individual problems.”

This misunderstanding tends to be even more prevalent in co-op buildings—which is perhaps understandable, given how much power co-op boards do actually have over how their buildings are governed—but is no less incorrect. Co-op owners in New York, where the housing model is especially common, often move directly from being rental tenants to being co-op shareholders with little instruction and extremely limited knowledge of who is responsible for what in their new community. Accustomed for years to calling the landlord when anything goes wrong in their apartment, they’re often surprised to learn that repairs that would be required of a landlord—fixing a leaky faucet, for example, or replacing a ceiling light fixture—are now very much their responsibility, and are actually detailed in the proprietary lease they were furnished with upon closing on the apartment. The transition from a tenant mentality to a cooperator mentality may take time, and it is sometimes met with resistance along the way.

“People need to realize that living in a co-op or a condo is very different from renting an apartment,” says Julie Schechter, an attorney with the law firm of Armstrong Teasdale in New York City. “Whereas a landlord remains responsible for most repairs in a rental apartment even though a tenant is occupying it, the owner of a cooperative or condominium unit is responsible for many of their own repairs within the apartment.

“Typically, as a general rule of thumb,” Schechter continues, “shareholders and unit owners are responsible for whatever is within the four walls of their individual unit, and the cooperative or condominium is responsible for everything in the common areas of the property, and any building system that serves more than one apartment. However, there are some gray areas where it is not always obvious who is responsible for the maintenance and repair; for example, HVAC systems, plumbing risers and valves, and windows.”

The pros agree that the best way for a new shareholder or unit owner to educate himself/herself about individual responsibilities is simply to read the governing documents for the building—and if questions arise, or if any of the legal terminology throws them, to ask for clarification from their closing attorney or another qualified legal expert.

“There’s no application process in condo purchases” as there is in a co-op, says Shapiro. “Condo buyers get a copy of their governing documents from their attorney—if he’s worth his salt—but supplying it isn’t required by law. Typically, the documents can be found at the local registrar of deeds. Attorneys should include these documents in a purchase and sale agreement that the seller will provide to the buyer. If they’re not in the purchase and sale agreement, the seller has no obligation to do so in Massachusetts.”

Shapiro adds that “more often than not, buyers don’t review these documents. They don’t understand the importance of them. They often don’t want to pay their attorney to review the documents for them either—but that’s a big mistake. A good example of why that is is when a purchaser has a dog, but the community has a ‘no pets’ policy and the new unit owner didn’t know that until after moving in.

“You can’t legislate or mandate taking a class to learn about documents,” Shapiro notes. “It would be unenforceable. It’s a question of human behavior and mindset. People don’t want to be told what they can and can’t do in their home. Owners not in compliance will often say, ‘I wish someone had told me this—I’d never have bought a condominium.’ If you’re not willing to pay your lawyer to read and explain the documents, they aren’t doing extra work for free”—and consequently, you may wind up with some unpleasant surprises if you transgress rules and protocols you opted out of learning about.

You Can’t Always Get What You Want

Committing to living in a multifamily community means ceding some control over your home to the common good. Many shareholders and unit owners react negatively to interference in their decisions and choices, but this is a fact of life, especially in co-ops, where boards have approval rights over almost everything—particularly if it involves any kind of alteration work. In a single-family home, you can add a whole floor if you want to; in a co-op, it’s not so easy.

“Unit owners and shareholders should want their buildings to have procedures for alterations,” says Schechter, “because a failure to carefully review proposed plans for an intended renovation can have dangerous consequences. In addition to an alteration application or agreement, the shareholder or unit owner should also submit a description of the proposed alteration and architectural plan, if necessary.  These plans should then be approved by the building’s architect or engineer before the work is allowed to commence.”

Shapiro concurs with Schechter’s observations. “It happens all the time,” she says, “the ‘rules don’t apply to me’ attitude. It happens in particular when unit owners interact with managers; ‘You can’t tell me what to do, I pay your salary.’ Unit owners may even go outside and try to intervene with vendors like gardeners, pavers, etc. We’ve known of vendors walking off the job because of interference from owners. It’s a real problem in many communities.”

In the final analysis, both condo unit owners and co-op shareholders are well advised to learn how their communities work. Homeownership may be the American Dream, but it’s best not to turn it into your own personal nightmare through a lack of understanding of how your community works and how it affects you. 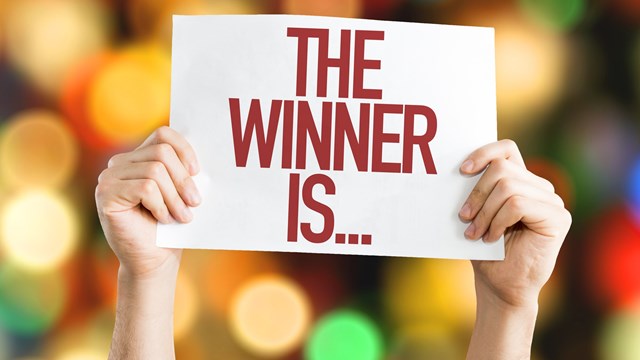 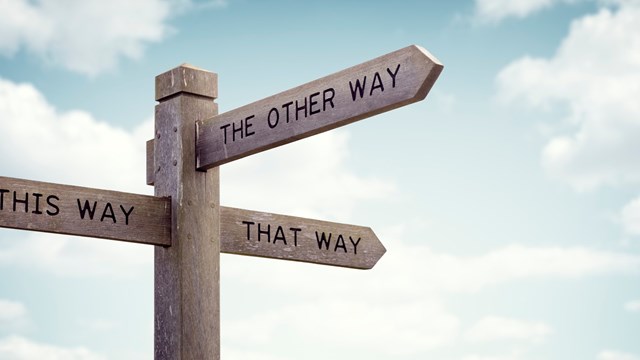 Anthony de Fex on Surveillance in Buildings & HOAS:
Nice article. We have a cheap and greedy co-op board whose president loves video surveillance camera systems. We are a 12 unit co-op in Broo…
Jay Kay on Removing a Condominium Owner:
What can a condo board in NYC do when an owner is litigious and causes the common charges to be increased because of 6-figure lawsuits and s…
Joe Costello on Inheriting a Co-op or Condo: What’s Involved?:
What about the case where a parent created a trust and left a condominium to the daughter. Does the daughter have to go through the process…
SG on Surveillance in Buildings & HOAS:
My board and management company refuses to install ANY security cameras despite requests and they just raised our maintenance 5% without any…
Stepanie Li on How Boards and Residents Can Reduce Noise:
Please submit complaints to 311 so that your noise experience becomes actionable document (data) for policy makers! You can also use 311 app…