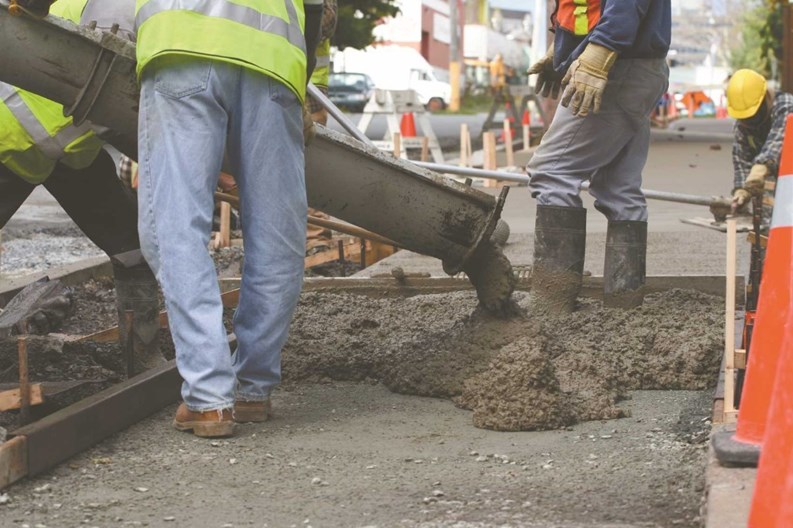 Concrete is the most prevalent building material in existence today, though most people probably don’t notice how widely used the material is until it begins to break up in front of their homes, or falls off of their buildings, roads and bridges. Despite the ubiquity of concrete, the questions of who has the expertise to do repairs on concrete structures and how such repairs should be properly done weren’t being fully addressed even a few decades ago.

To fill that gap in knowledge, and to develop and maintain standards, industry professionals created the International Concrete Repair Institute (ICRI) in 1988. The group’s mission is to be a leading resource for education and information to improve the quality of repair, restoration and protection of concrete and other structures in accordance with consensus criteria established by industry professionals. A push to build such consensus was another driving force behind the organization's founding.

The ICRI’s formation began with an industry-wide outcry in February 1988, when attendees at the annual World of Concrete trade seminar voiced great frustration over the lack of industry standards and guidelines for concrete repair.

Attendees were also concerned with growing numbers of unqualified contractors working in the industry who were not properly trained, and who were underbidding qualified contractors, despite not having proper knowledge of surface preparation, equipment, materials and techniques. Clients were dissatisfied—often paying for multiple repairs that weren’t done correctly the first time.

Of even more concern to reputable contractors were systemic problems in the industry that impacted not just some companies' bottom line, but also the overall safety of structures being built and repaired nationwide. Lack of standards and a tide of unqualified contractors put unwitting building residents at risk of being hurt or even killed in a catastrophe—and few were even aware of the danger.

Around that time, the U.S. Army Corps of Engineers released its own figures estimating that 50 percent of concrete repairs being done would fail, says Marjorie Lynch, an engineer with New York-based Simpson, Gumpertz & Heger, Inc. and president-elect of the Metro New York chapter of ICRI.

To address these serious concerns and to protect and enhance the reputation of the concrete repair industry, the International Association of Concrete Repair Specialists (IACRS) was formed in Naperville, Illinois, on May 21, 1988. That initial meeting was attended by 66 concrete repair specialists. In 1993, the group changed its name to the International Concrete Repair Institute.

More than a Patch

While the repair of concrete structures might bring to mind patch jobs such as quick fills or replacing a section of buckled sidewalk, those jobs are just a small part of the multi-billion dollar concrete repairs industry. “It’s the most commonly used material in the world,” says Connie Mugno, president of Mugno Consulting, and former president of the Metro NY ICRI.

And thanks in part to the help and influence of the ICRI, things have drastically changed in the concrete repair industry, according to Lynch. Contractors are generally more qualified, and customers have a higher degree of satisfaction.

Improvements in technology and the ingredients used in concrete repair also have helped to improve safety—and have made doing the job correctly a technical exercise. With fiber-reinforced polymers, chemical applications that help preserve metal reinforcing elements, new coatings to make concrete more resistant to weather and other techniques and materials, contractors can apply space age technology to everyday problems. “The goal is to extend the service life of a structure or facility,” Lynch says.

According to Lynch, strong industry standards protect both the contractor and the customer. The practice of members sharing knowledge and tips with each other helps too. Many New York area concrete repair industry professionals meet and become acquainted through the Metro NY ICRI, and chapters of the organization are now active across the country.

According to Mugno, the Metro NY ICRI chapter is one of the organization’s fastest growing chapters and also one of the most active, having changed in the past half-dozen years from a small, struggling group to a more vibrant organization with a growing membership. In 2003, when Mugno joined the group, Metro NY ICRI’s meetings averaged about 15 attendees—she says they now average 60 people per meeting. That growth has enabled the group to have a stronger, wider network. Metro NY ICRI now has 90 members.

Part of the change in the chapter’s viability is due to recruitment of more members, says Mugno. The chapter also now has established a process through which members work their way onto the board of directors. Also, the burden of running the organization is distributed across the backs of many, while in the past just a few people handled most of the chapter’s work.

While ICRI’s effort to improve standards and practices is at its core, the Metro NY ICRI also brings together a network of industry professionals who provide materials and services related to concrete repairs, including engineers, contractors and suppliers. That connection of people, companies, services and specialties has enabled members of Metro NY ICRI to provide greater values in the jobs they perform for their clients, says Mugno. Part of that added value also is gained through the knowledge conveyed in the chapter’s technical meetings, which combine technical education seminars with a networking get-together.

The Metro NY ICRI has four such technical meetings each year, during which a speaker talks on a technical topic of some kind, such as how the economy is affecting the industry, or Local Law 11’s impact. Members and non-members are invited to such meetings, which typically include dinner and socializing over cocktails. The NY ICRI group also hosts a well-attended September golf tournament and a winter holiday-time networking event for its members and friends of members.

And while some might think of construction or concrete repair as being male-dominated industries, the top players at Metro NY ICRI are proof that many women are leaders in the business. “We are extremely proud of having back-to-back female presidents who are working in this industry, and I hope the trend continues, " says Mugno. "Years ago, I was the only woman in the group.”

Mugno has been a consultant in the industry for 15 years and says to some, her chapter is best known for its networking opportunities. Lately the Metro NY ICRI chapter’s members have been working to expand those opportunities, by getting more owners involved in their group, she says.

The group provides the networking amongst members that enables them to make business connections, but it also enables them to know what work is out there and what work is coming in the future, says Michael Davila, secretary of Metro NY ICRI and a project manager with Ridgefield-based Brisk Waterproofing Co., a building façade restoration company.

“It’s a good organization for education. There is a niche in the rehab and restoration of structures… Supply houses, vendors, suppliers, contractors and engineers are members of our chapter,” Davila says. “People outside the industry can use Metro NY ICRI as a place to meet these professionals and also to learn about the industry." For Davila, chapter meetings and events are one way he stays in touch with friends he has made in the industry over the past 19 years. “I catch up with them at the meetings,” he says.

In addition to Lynch, Mugno and Davila, leaders of the Metro NY ICRI chapter include Jack L. Prince, who serves as vice-president of the chapter and works for Glen Cove, N.Y.-based Belzona New York, LLC. Paul Millman, P.E., R.A., serves as treasurer of the chapter and works for New York-based firm SUPERSTRUCTURES. Peter Wenz, of Huntington, N.Y.-based Liquid Plastic Inc., is immediate past-president of the group.

These leaders, and many others before, as well as other active members, have helped to turn around the New York ICRI chapter. Similarly, the larger organization’s lead has helped to transform the concrete repair industry as a whole. The ICRI has not only contributed to safer, better-built buildings, but has helped to save contractors and clients from wasting money and needless aggravation, says Lynch . “If a contractor works on a structure that subsequently fails, the client wants his money back. Setting high standards for repairs helps clients, but it also helps contractors to do a better job. Our industry has become much more professional and much more accountable. Having a professional organization involved with standards and practices has taken the industry to another level.” For further information about the chapter, visit www.icri-ny.org.