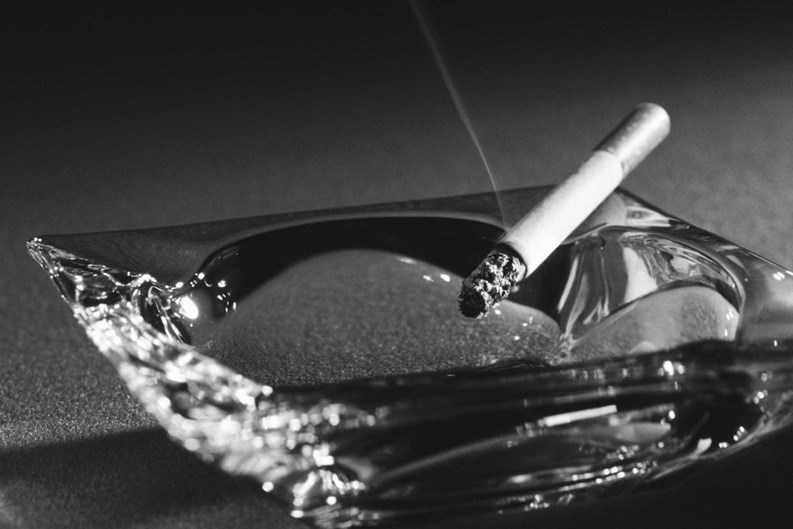 People like to think that they can do anything they darn well please within their own walls so long as no laws are being broken. Want to paint your walls purple and your ceilings green? Who’s gonna stop you? In the mood for loud music and a long evening of cigar smoking? It’s no one’s business but your own. Or is it?

One of the realities of living in a condo or a co-op is that there are limitations on what homeowners can do to, and in, their apartments. The reasons are pretty obvious. First, it’s more likely that the playing of your Metallica CDs at top volume will bother neighbors who live on the other side of the wall as opposed to the house next door. Second, one of the primary duties of a condo or co-op board is to keep apartment values high. As a result, limitations can be placed in regards to repairs, renovations, noise, odors and other areas.

Just what those limitations are is stated in each building’s governing documents. For most co-ops, the house rules are usually stated in a proprietary lease; in condos, they’re found in the building’s bylaws.

“The basic foundation for a shareholder’s conduct is outlined in the house rules,” says Alex Kuffel of Pride Management in Manhattan. “Beyond that, regarding alterations, there are separate polices that may be addressed in the house rules that require different documentations. For example, you have alteration policies (and) sublet policies, which would be (added as) riders to your house rules.”

The problem can be that owners and shareholders don’t know what’s in their building’s documents. One example regards the subleasing of apartments. Condos are starting to stipulate that subleases last at least a year. Before that, some owners treated apartments like a hotel room, renting it for months or weeks at a time, making the building feel more transient. “Condos are becoming more creative in designing their house rules, almost to mirror a co-op.”

“People would purchase a condominium, furnish it and then rent it out for short period of time,” Kuffel says. “Condo boards have become more savvy in tightening up their house rules and creating a fine structure where in the event a unit owner tries to breach that rule, a fine would be assessed.”

Of course, the major difference between condo and co-op ownership is that residents own shares in the co-op while condo owners actually own their apartment. However, that more direct form of ownership doesn’t mean condo owners have more rights than their co-op counterparts; the condo’s board can pass the same types of restrictions as a co-op board can.

The two main areas where limitations are placed on owners and shareholders are renovations made to apartments and behavior.

In regards to renovation and work done within an apartment, Dennis Greenstein, an attorney with Seyfarth Shaw LLP in Manhattan, says boards generally don’t concern themselves with work that’s cosmetic or isn’t construction. However, he adds that boards are starting to require owners to take out insurance on those smaller scale projects whereas they didn’t previously.

“For example, if someone’s coming in to do sanding and polyurethaning of the floor, a lot of people would say, ‘That’s not really an alteration,’” Greenstein says. “But there have been instances where there have been damages… and most buildings now feel they have to look more carefully at what has to be insured.”

When it comes to alterations within an apartment, Greenstein says board influence usually comes in the form of getting plans approved, the kind of equipment that’s used and the hours during which work is done. Unlike in a single-family home, where the contractor could work until nine at night or later if he and the owner agree, work done in an apartment likely has to end by a certain time regardless of the progress made on the project.

According to Greenstein, when it comes to alterations, buildings generally follow guidelines put out by the Real Estate Board of New York (REBNY) about five or six years ago.

“It’s very comprehensive,” Greenstein says. “It talks about getting plans approved, insurance, hours, things that would be prohibited in terms of noise and certain machines.” Attorneys for individual buildings then may build on those documents. For example, Greenstein’s firm recommends that a building’s documents require owners to notify neighbors in apartments directly next to, under and above of the unit where work is going to be done. This allows neighbors the opportunity to express concerns, prepares them for contractors coming in to do the work and provides an idea of how long the work will go on.

When asked if buildings ever place unusual restrictions on condo owners and co-op shareholders in terms of the look of their apartment, such as the choice of curtain someone chooses, Greenstein says no.

“The typical restrictions are you can’t do anything outside your unit. But as far as ugly curtains, I don’t think we have any anti-curtain laws,” he says jokingly. However, boards do typically place restrictions on advertising or offensive signs being placed in windows or on terraces.

Even when it comes to changes more permanent than curtains, such as remodeling a kitchen, Greenstein says boards still tend to allow owners and shareholders to do what they want, even if the choice may be widely considered unappealing.

“I think the boards use the standard of what’s reasonable,” he says. “If it’s impacting on, for example, the plumbing or any of the services being provided to the building, that would be something that boards would try to resolve with the shareholder or condominium unit owner.” He adds that the board’s concern is to make sure the choice doesn’t affect the building or cause any problems outside the apartment.

So what about what people do inside their apartments? Are there crazed boards out there telling residents what they can watch on TV, who they can have over or what kind of pajamas to wear? Well no. However, boards do make restrictions in regards to noises and odors because they can intrude on other residents’ quality of life.

Smoking is hot issue being discussed by many buildings, according to both Greenstein and Kuffel. Smoking may not be addressed in a building’s governing documents, but a lot of boards are taking it up. The question is, whether lighting up in one’s home is an inherent right, or if the drifting smoke and odors infringe on neighbors.

“There (is debate) over whether smoking is considered just like any other smell or interference with other people in the building, and I believe it is,” Greenstein says, “adding that the outcome of a recent lawsuit suggests that boards are allowed to take steps that eliminate or reduce the effects of smoke from one apartment to another.”

The ability of a co-op board to ban smoking in individual apartments seems to be established. If a shareholder refuses to cooperate with a house rule or bylaw banning smoking, the corporation has the right to sue that shareholder, and even eventually evict the shareholder if he or she doesn’t come into compliance with those rules or fails to pay fines imposed by board. This is true even if the building’s governing documents grant its shareholders the right to smoke. The process to overturn such a rule certainly takes more effort (typically including a super-majority vote by shareholders), but it can be achieved. “ A co-op can absolutely ban smoking—as long as it follows the corporation’s governing documents, says Manhattan real estate attorney Adam Leitman Bailey. “No ruling has upheld the rights of a smoker.”

In a condo, the board can ban smoking in common areas, but whether it has the power to enforce a ban on an individual smoking in their own apartment is not yet clear. The difference, says Bailey, is that co-op shareholders are just that—shareholders in a corporation that has granted its shareholders the right to occupy an allotted space. Under New York law, corporation boards have the right to set and enforce their own rules, as long as they are reasonable, don’t violate the corporation’s governing rules and don’t discriminate on the basis of race, creed national origin, gender, marital status or sexual orientation.

“In a condominium, there are fewer controls over individual apartments and apartment owners because they’re structured differently with respect to restrictions that are put on unit owners,” says John Van Der Tuin of Balber Pickard Battistoni Maldonado & Van Der Tuin

In a condo, a board can establish a rule and has the right to charge and collect fines for violations, but because its residents actually own their apartments, the condo can not evict the owner for failure to pay fines.

When it comes to noise and odor restrictions in general, Kuffel says boards aren’t imposing ridiculous rules on owners.

“I’ve never seen a co-op board try to dictate something that was unreasonable,” he says. “So provided that it’s within reason, for example not playing your stereo above a certain level of noise after 10 o’clock, it’s okay.”