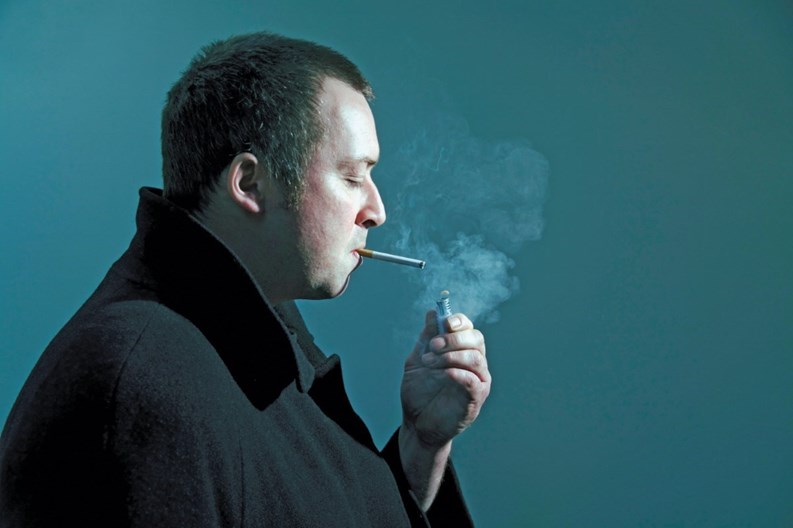 As the harmful effects of cigarette smoking and secondhand smoke have become  more widely publicized and acknowledged, anti-smoking campaigns have gained  traction across the country. Cigarette commercials have been banned from TV and  radio since 1971. Smoking has effectively been banned in most workplaces. In  2003, Mayor Michael R. Bloomberg got his tough anti-smoking bill passed, which  outlawed smoking in restaurants and bars in New York City—something many would have thought impossible just a few years ago.

Many people in the health and public-interest communities have put forth the  idea of a “smoke-free society,” even to the point of banning the habit in private residences. The issue has  arisen in a number of New York City co-op and condo buildings, and in 2006, a  decision handed down by a New York Civil Court judge in the Poyck v. Bryant case—which involved a Manhattan condo building—nudged the assertion that second-hand smoke was a health hazard closer to being  a matter of law.

In this atmosphere, it’s no wonder that some condo and co-op boards have tried with varying success to  ban smoking, not only in the common areas but in individual units. Several  years ago, the city of Belmont, California went so far as to pass a ordinance  prohibiting smoking within the individual units of multi-unit residences—including condos—if the units share at least one common floor or ceiling with another unit.

There are plenty of people who would think that such tough anti-smoking rules  are a violation of civil liberties, but there are many others who applaud such  sweeping legislation. Michael Sielback, vice president of public policy and  communications for the American Lung Association of New York, says, “The fact is that there is no safe level of exposure to second-hand smoke,  according to the U.S. Surgeon General. So why should someone’s neighbors be exposed to a substance that could make them sick, or sicker? No  ventilation system, no towels under the door could make sure that smoke won’t get into our neighbor’s apartment. If this is a decision that building managers and co-op boards are  willing to do, we support them.”

Still, taking the step of banning smoking within individual units is still  fairly rare, according to real estate professionals. For example, attorney  Kenneth Jacobs, a partner with the Manhattan-based law firm of Smith, Buss & Jacobs, says “We represent about 250 associations. Of those 250, maybe four have actually  attempted to restrict smoking, and another four or five are contemplating it.”

The legal issues around declaring an existing building smoke-free are  complicated and contentious, and in many cases there are no easy answers. One  of the well-known cases in which a co-op building actually did try to  discourage smoking within its individual units happened in 2003 at 180 West End  Avenue in Manhattan.

According to attorney Stuart Saft of the Manhattan law firm of Dewey & LeBoeuf, who represented the building at the time, “The plan wasn’t to ban smoking, but the board announced that the policy henceforth was that it  would not approve any sales unless the buyer agreed that neither the buyer nor  any visitors would smoke in that apartment.”

However, the New York Times wrote about the move on the front page of its  Metropolitan section, and, says Saft, “By eight the next morning there were dozens of news trucks outside the building,  interviewing people. We got called by news services in Europe, Asia, CBS, NBC.  It was the big news of the day.” At the same time, he says, some shareholders who were unhappy with the board  felt that the board was infringing on the rights of smokers. Others felt that  such a move might hurt apartment values.

Eventually, Saft recalls, the board took a survey of individual shareholders.  While the survey was being taken, they suspended the rule about not selling to  smokers. It was never put back into effect, says Saft—possibly because of the onslaught of publicity. Since then, Saft has represented  several smaller buildings that have banned smoking within apartments on the  grounds that smoke in the units goes into other units, and says that these  changes “have gone very well.”

Get Input From Owners

If a board wants to ban smoking in individual units, it may be better to have  input from individual unit owners on the issue rather than simply handing down  a mandate—even if the board is legally entitled to do so, according to the building's  governing documents. Jacobs says that “if push came to shove, if a board just got together one day and said, 'We want  to outlaw smoking in the building' and no one had ever complained, I don’t know if the court would uphold a board-passed regulation. But if the unit  owners or shareholders passed a resolution, I think the court would uphold it.”

Jacobs agrees. “If I wanted this,” he says, “I would go the shareholders or unit owners and ask them to do it.”

Daniel Wollman, chief executive officer of Gumley Haft Real Estate Management in  Manhattan, also concurs, saying that if a board wants to take a controversial  step like banning smoking or allowing pets, it should conduct a “grassroots campaign” among the owners.

It may also be wiser—or at least less fraught with potential controversy—to adopt a policy of harm reduction, rather than a building-wide smoking ban.  Dan Wurtzel, president of Manhattan's Cooper Square Realty says, “It's difficult to just tell people to stop smoking, so several of our buildings  have done intermediary steps. If someone is complaining about smoke  infiltrating their apartment, what we attempt to do is to find out how smoke is  traveling and getting into the adjacent apartment. We look at pipe casings, any  kind of wall penetration outlets, things like that. Then we go in there and  seal those weak areas, and it works. Nobody has to take the next step of saying  ‘Let’s ban smoking throughout the building.’ ”

There are several examples that illustrate the difficulty of this issue from a  legal point of view. In California, says Jacobs, there was a case where the  board said smoking is a nuisance and the owners had to seal their apartments. “Then,” he says, “unit owners fought back.” Some of the owners said that the “void” spaces within shared walls that allow smoke to escape from one unit into  another are technically a common area, and thus not their responsibility. “The judge agreed,” says Jacobs, “and the condo was forced to pay for sealing up the voids between the units.”

In the 2009 Manhattan case Ewen v. Maccherone, a condo owner sued another owner for second-hand smoke infiltrating his family’s apartment, claiming his neighbor's smoking had violated a regulation of the  association that said “no unit owner shall make or permit any disturbing or objectionable noises, odor,  or activity in the building.” He also claimed that the smoke made his family sick. The plaintiff never sued  the condo association itself, however.

“The other guy,” says Jacobs of the smoker, “said, `Wait a minute, you’re not the condo association, you don’t have the right to enforce this on your own.’” The court, however, ruled that unit owners have the independent right [emphasis  added] to enforce the rules and regulations of the condominium. A fact worth  considering in a wide array of situations outside of the smoking debate.

If a board has taken the step of banning smoking in the units, and it stands up  in court, family members will have to make a choice. “If an owner has a wife or a child who’s a smoker, says Jacobs, “they’re going to have to make a choice, and living in a building with specific  restrictions, they would be subject to the same law.”

Given their different governing structures, is there a difference between how  co-op and condo boards can address the issue of smoking in units? According to  the professionals, the difference isn't necessarily that significant.

“In a co-op, a condo and a rental, there are habitability issues,” says Wollman. “People have the right to be able to inhabit their apartments freely and clearly.  If there is second-hand smoke [in the building], the owner has the same rights  whether in a condo or a co-op—under the ‘warranty of habitability.’ ”

Jacobs adds that numerous courts have ruled that a co-op corporation is a  residential landlord. Thus, it has the landlord’s duty to take good-faith actions to enforce the proprietary lease and house  rules—and those house rules may include curbing smoking.

In condos, the board is the agent for the unit owners, says Jacobs, and as such “would be charged with responsibility for protecting the general health and  safety of unit owners.” While condo boards might have the legal right to ignore complaints of rules  violations between neighbors, a more proactive board makes for better  management.

If a new building is built as a smoke-free building and declares its policy from  the beginning, the issues may be more cut-and-dried, say the pros—owners might be less likely to come back with an argument, and might have less  grounds for one, having bought into a building with a clearly-stated  non-smoking policy.

If boards do want to curb or outlaw smoking, experts agree that a health-based  argument is more legally defensible than one contending that smoking will lower  property values.

Legal issues aside, there are some people who do see a property-values angle in  the smoking controversy. If you have a no-smoking policy, says Sielback of the  Lung Association, you’re going to save money in maintenance costs. “For most apartments where people are smoking, you’re going to have extensive cleaning costs, more repainting, and more problems  like stained rugs and countertops.” This is obviously more an issue for rental landlords who have to refurbish  apartments between new tenants, but boards looking to enact bans might take  into consideration any smoking-related maintenance or repair work their  building staff and management might be required to perform.

No matter what smoking policy your board wants to craft—whether it wants to ban smoking in the units, curb it to some degree, or leave  it alone—it's vital to have sound legal counsel every step of the way, and to be  sensitive to the needs and wants of building residents themselves. Without a  sound legal foundation and buy-in from the building community as a whole, a  hastily or inconsiderately-enacted ban may just send board/resident relations  up in smoke. 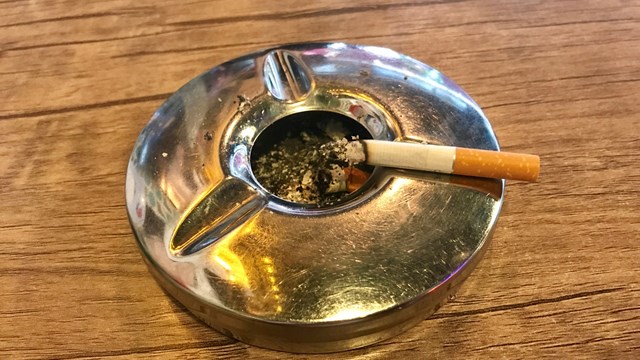