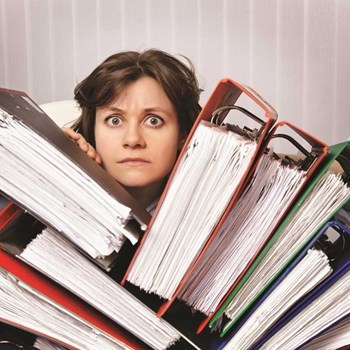 If your neighbor blasts his music during the weekends, do you have a right to complain to the management? Can you sublet a room in your co-op apartment to make some extra cash? How many unit owners have to be present at a meeting in order to amend the by-laws? These are questions that co-op shareholders, condo owners, and even board members frequently ask. While the answers can be complex at times, they are often simple resolutions found in each building’s governing documents.

“Governing documents serve the same function as does the U.S. Constitution to our federal government,” explains Bruce A. Cholst, a partner at the law firm of Rosen Livingston & Cholst LLP in Manhattan. “They tell you the various legal rules and define the rights between the association or corporation and residents as well as the various rights of unit owners or shareholders vis-à-vis each other. They set down everyone’s legal obligations and define their relationship.”

Ignorance of one's own governing documents is the basis for a lot of misunderstanding and confusion so it critical to familiarize yourself with these several very important pieces of paper.

Whether you live in a co-op in the Village or a condo community in Westchester, there are certain documents that both types of buildings have. The first on the list are the bylaws, which form the basic guide for how the co-op or condo will do business. Bylaws lay out everything from the organization's purpose to how the board operates and method of running meetings to the governance protocols, says Ronald A. Sher, Esq. a founding partner of the law firm of Himmelfarb & Sher LLP in White Plains.

Co-ops will also have the house rules, which are similar to the rules and regulations in condominium associations. These govern the conduct of residents and quality of life issues. They are usually less technical than the bylaws but also a lot harder to enforce. Fed up with your neighbor who blares the trombone every day at 5 p.m? Check out the house rules to see what you can do about it. House rules explain when you have to turn off your music, how many plants you can have on your terrace and whether you can change your door from that boring taupe to lime green (probably not!). Most legal experts will agree that the majority of disputes in co-ops and condos are related to the house rules or rules and regulations.

Shareholders and unit owners will receive their governing documents when they purchase their unit. “If the unit or apartment is purchased from the sponsor in a newly constructed or newly converted building, the documents will be part of the offering plan and any amendments,” explains Linda Plotnicki, a partner at Kaufman Friedman Plotnicki & Grun LLP in Manhattan. “If the building is already a functioning co-op or condo, the purchaser’s attorney should conduct due diligence for the purchaser by requesting copies of the governing documents and any amendments from the managing agent.”

If your documents have been lost in the jumble, you can request them from your managing agent but beware that there may be a fee.

Both co-ops and condos have similar forms of governing documents, but there are some that are unique to each form of ownership. “A co-op is really a two-headed animal. On the one hand it is a corporation in which all of the shareholders own shares. The other relationship is a landlord tenant relationship. In addition to buying shares, residents are also renting an apartment from the corporation, who is their landlord so to speak,” says Cholst.

The document that addresses this unique relationship is the proprietary lease that co-op owners acquire, along with their shares. The proprietary lease is allocated to the apartment in the cooperative corporation, explains Stanley M. Kaufman, who is also a partner at Kaufman Friedman Plotnicki & Grun LLP. “The inseparable nature of the leasehold interest and stock ownership is a unique feature of cooperative ownership. The lease is called a proprietary lease because the lessee is not merely a tenant but is also the owner of the shares of stock allocated to the apartment,” he says.

The proprietary lease defines the rights and obligations of each lessee (shareholder) just as it would in a rental building. “It provides for the exclusive occupancy rights of the shareholder in the unit and it provides for the rights and obligations of the corporation on how they are supposed to conduct their business and define who is responsible for repairs and the operation of the building,” explains Sher. Looking for that information on subletting your apartment or who should fix the leaky faucet in your bathroom? You would find the answers in the proprietary lease.

Condo owners do not have proprietary leases and instead, information on the obligations of repairs and logistics on living in the condominium is found in much more detailed bylaws.

Condo residents, because they own the unit as if it were a single-family home, also have a deed to their unit. This document defines the boundaries of the unit within the building. “In a condominium, the unit owners own the title to their unit along with their percentage of interest in all of the common elements. They get issued a deed where as a shareholder in the co-op gets issued shares of stock and a proprietary lease,” says Sher.

It is important to note that there will be as many deeds as there are units in the building and each unit owner, because they own the unit like real property, are also responsible for paying state and property taxes, says Cholst.

Because of the differences in ownership between co-ops and condos, there is likewise a difference in how boards deal with residents that are not compliant with the house rules or the rules and regulations. In a co-op, because the shareholder is in a landlord-tenant relationship and doesn’t own their apartment, the board has the power to evict them. In a condo, where the resident actually owns their unit, the board can only assess a fine against breaking a rule or get a court injunction against them, Sher explains.

Many co-ops and condos were established decades ago and due to changes in resident needs and wants, their documents (typically the bylaws and house rules) may need to be tweaked. But the board usually can’t just implement changes on their own, there needs to be a vote of the membership. In general, you need a super majority, either two-thirds or three-fourths of unit owner or shareholder approval, says Cholst. “It is not just a majority of a quorum who attends the meeting, it is of all outstanding residents. That is a very high threshold to meet, because your typical attendance at a meeting is 50 to 60 percent. Let’s say that you have a typical turnout and everyone supports it, the amendment still fails because it did not meet the super majority to amend,” he says.

How boards notify residents of changes to governing documents, well, lies in the documents themselves. “In a co-op, the bylaws and lease contain notice provisions with respect to meetings and the substance or text of the proposed amendment to be voted upon must be included in the written notice. Similarly, in a condo, if changes to the declaration or bylaws are to be voted upon, the documents will contain notice requirements. There may be an option to amend the documents via written consent, as opposed to a vote, in which case, notice of the proposed amendments may be provided by mail. These notices are generally mailed to the billing address of the shareholders,” Plotnicki says.

Most bylaws require the board to notify residents of changes by mailing a copy of the new documents but posting the changes of the documents in the lobby or on a building’s website is completely optional, she adds.

A building’s governing documents are like a guidebook for residents, the board and managing agents: they define the various legal obligations and relationships as well as the structure the building’s operations. Being in the loop with your documents will give you a better understanding of your co-op or condo and prove to be a valuable resource for many of your communal living questions.

Hannah Fons is associate editor of The Cooperator. Freelance writer Maggie Puniewska contributed to this article.