Do not show again [X]
By Lisa Iannucci   2010 May Organizations 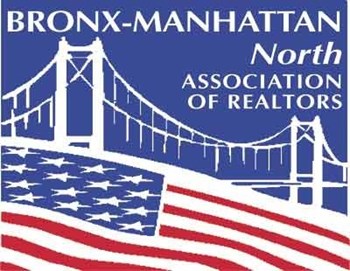 Trade groups and professional organizations are an excellent illustration of the  old adage that “It’s not what you know, but who you know that makes the difference.” By joining trade organizations, professionals in any industry are afforded the  opportunity to not only network with peers for their own benefit, but also to  become an invaluable source of information and support to others.

The organization is run by many volunteers, including the president, treasurer  and secretary, as well as vice presidents of the Bronx Residential Division,  the Manhattan Residential Division, Owner Management, and the  Commercial/Industrial Division. There is also a Board of Governors, but BMAR's  Chief Executive Officer Nunzio Del Greco holds the only salaried position.

According to the association’s history, its roots actually predate its official founding in 1924. Back in  1825, there was the Real Estate Exchange, which had offices on Wall Street, and  where brokers in New York City exchanged listings—essentially an early form of a Multiple Listing Service. There were a number of  real estate boards organized after the turn of the 20th century, but many did  not survive, despite a boom in population growth and attendant real estate  market expansion.

The desire for stability and professional organization among brokers and other  real estate professionals led to the first official meeting of the association  (then named the Real Estate Board of the Bronx) on April 28, 1924. According to  BMAR history, members of the group's earlier incarnations were consulted in the  building of the Bruckner Expressway, Triborough Bridge, Cross Bronx Expressway,  Co-op City, Fordham Plaza and many other significant developments. During World  War II, the board was active in selling bonds. In 1949, it sponsored a radio  series wherein realtors took to the airwaves to explain rental and housing  issues to an audience of lay listeners.

An interesting side-note to mention might be that the group was not always known  by today's name. The group kept its original name until 1973, when it became  the Bronx Board of Realtors. In 2000, the board approved the group's current  title, and BMAR was born.

“Essentially,” says Engel, “BMAR is a branch of the National Association of Realtors. Many of our goals are  in line with the national organization which promotes private rights of home  ownership, seeks to increase business in the real estate industry and allow for  the best possible business climate among brokers and realtors. Our organization  in the Bronx and Manhattan obviously has a focus on the owner/management  division that is a little bit more expanded than other branches across the  country that are obviously heavier on the home ownership [and] private home  sales. Our organization specifically focuses on the NAR level, but also seeks  to create a group for owner-managers and their affiliate members: various  vendors that service the industry to create a forum to discuss business, talk  shop, increase networking, learn about local legislation and what's going on.”

BMAR membership confers multiple benefits, Engel continues. For example,  realtors can connect with lending industry pros, who in turn can help the  realtors' property-seeking clients. Building owners and administrators can  network with insurance carriers, fuel suppliers, and other vendors and service  providers, making connections that can lead to cooperative business  relationships on down the road.

According to Engel, what sets a BMAR member in good standing apart from a  non-affiliated real estate broker or sales agent is that BMAR members are bound  by a code of ethics they must adhere to in order to remain members. Education  and staying abreast of current industry news and trends are other ways BMAR  members can distinguish themselves from the pack.

“We provide qualifying courses to people who want to get into the industry,” says Del Greco, “and also designation and continuing education courses for people who want to  take it to the next level and attain a professional designation recognized at  both the state level and national level. Some of those designations include  Certified Property Manager (CPM), Graduate Realtor Institute (GRI), and CCIM  which is a designation for commercial folks. There are a bunch of them. As the  local chapter for the New York State and National Association of Realtors, we  have [access] to www.realtor.com, which is the #1 real estate property state  listing database in the world. People from all over the world have access to  that. So if they're interested in buying or selling anything within our  national jurisdiction, including Puerto Rico and Guam, it's really a great  database.”

“Throughout the year, we have a number of small briefings, networking gatherings,  breakfasts, and various speakers,” says Engel. “We have a Community Preservation Corps putting on a seminar on green buildings  in May, and we also get very involved on the legislative end as well through  our PAC, which is the political action committee that works on a larger level.  I believe firmly that it's the responsibility of all the organization's  membership to give back to the industry and to support initiatives, or go  against initiatives that are going to potentially hurt the industry,” Engel continues. “I'm personally involved in a lot of legislation, and we're constantly striving to strengthen our realtor PAC and  develop relationships with state, city and federal officials.”

Each year, the BMAR also holds a trade show with around 80 exhibitors from  across the spectrum of the real estate industry, including real estate brokers,  banks, insurance companies, oil suppliers, trade publications and other  associations.

As the impact of the recession has been felt across the real estate industry  here and across the country, BMAR has had to adapt its approach to address the  new landscape.

“Obviously the industry has had a difficult last two or three years, and keeping  up membership in any organization has been challenging,” says Engel. “As a realtor's association, we're trying to promote individuals whose work is  real estate transactions, so it's been very difficult with the overall number  of transactions down significantly. But our slogan has been always 'network to  success,' and we believe firmly that when times are difficult, that's the time  to get out there, join associations, network and be a part of the industry.  When everyone is making money, they can look all over the place. But when times  are difficult, that's when you really band together and try to grow your  business.”

“Networking is really crucial in today's world,” says Del Greco. “Say you or your company has a couple of hundred customers. It's physically  impossible to go out and reach all of these customers. If you had to pick a  customer one a week, you'd never finish. By attending one of our events,  members get to see not only their existing customers but also potential new  business contacts. So we're providing an important service.”

Engel adds that in his term as BMAR president, his goal is to expand the group's  membership “Specifically,” he says, “I'm looking to increase our younger membership. One of the amazing things about  our organization is we have membership that is chock full of second-, third-  and fourth generation family businesses. But we've also got a lot of younger  people like myself, and we're trying to build that base so that while we still  have active membership that's been around for a long time, we're also bringing  in new blood to reinvigorate the organization and come up with new ideas and  new ways to network in a different world. So that's kind of one of my  challenges.”

Del Greco agrees. "We try to be inclusive and try to always fine tune what we do  to make things better. I think that's a really important goal to keep things  fresh and to keep things from getting stale. I'm active on a state level and  national level and a lot of different organizations and you can see some  organizations that become stale. You have the same folks running every  committee practically and there's no new ideas. By bringing in new people and  being inclusive, you keep things fresh and people will feel like they have some  input, and that's important."

Engel says that broad cross-section of professionals from the Board of Governors  on down is one of BMAR's greatest assets. “One of my favorite things about the organization is its unbelievable diversity,” he says. “I'm on the executive committee of CHIP, I serve as a board of trustees on the  Rent Stabilization Association. I'm a vice president on the Bronx Realty  Advisory Board. So I'm involved in a lot of [real estate] organizations. And  none has the diversity that BMAR does. If I was to look around the room at our  50-member Board of Governors, I would probably say it's 40 percent female, and  at least 30 percent represent minority communities. We have governors who are  in their 80s, and I'm 33 and the president of the organization. So we really  have a tremendous diversity that I think gives the organization the ability to  reinvigorate itself.”

In closing, Engel says that the organization is first and foremost based on  service. “From cradle to grave, we start with doing programs providing education for people who are going into the industry. We work on  continuing education, but also how to best hone your skills, to do business and  to do so in a professional, ethical matter, which kind of separates our  realtors from general real estate licensees out there. We pride ourselves on  promoting a culture.”

For more information on the Bronx-Manhattan North Association of Realtors, visit  www.bmar.org.