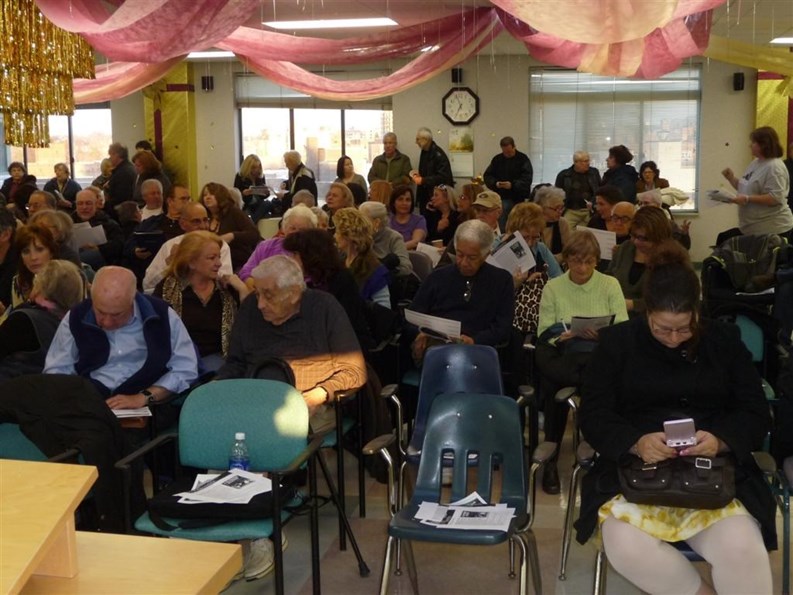 Many regular readers of The Cooperator doubtless remember the struggle that  ensued in the spring of 2011 when co-op officers and elected officials in  Eastern Queens declared a “tax revolt” against the city for huge increases in assessed valuations.

Well, even after a temporary settlement, the tax revolt was never totally  silent, and it looks like it’s about to break out again. And this time, the co-op owners seemingly have the  city Comptroller’s Office on their side.

Every year, the Department of Finance releases its assessed valuations for  buildings in New York City. These amounts then are reflected in the tax rate.  While most increases were less than 10 percent before 2011, at the beginning of  that year, some of these co-ops received increases in the high double and even  triple digits.

For example, Cryder Point and LeHavre, both in Whitestone, had 147 percent and  122 single-year increases, respectively. And Glen Oaks Village, the city’s largest garden-apartment complex, would have received an 86 percent increase.

“In the old days,” says Warren Schreiber, president of Bay Terrace Section 1 and co-president of  the Presidents Co-op & Condo Council, “you had increases of 2 percent and 3 percent. A 5 percent increase was a big  increase.” The aforementioned large increases, he says, are “almost like a back-door tax that doesn’t have to go past the City Council and doesn’t have to be signed off by the mayor.”

After the valuations went out, there were several months of meetings and  agitation in which co-op shareholders and board members were given support by  public officials such as Sen. Toby Ann Stavisky, herself a Cryder Point  resident; Assemblyman Ed Braunstein, City Councilman Dan Halloran and City  Councilman Mark Weprin. Stavisky, Braunstein and Weprin are Democrats; Halloran  is a Republican. Clearly, this was a bipartisan effort.

After the issue became vocal, the city last year agreed to cap all previously  calculated double- or triple-digit increases at 50 percent, says Bob Friedrich,  president of the aforementioned Glen Oaks Village and the co-president of the  Presidents Co-op & Condo Council (President’s Council for short), an organization of co-ops in Eastern Queens. The moratorium was then extended another year.

While co-op advocates welcomed the moratorium as a first step, they weren’t necessarily satisfied with it. The new increases—which Friedrich says are bad enough, since in some cases shareholders received  increases between 25 and 50 percent this year on top of 50 percent increases  the year before—are being phased in over a five-year period.

The trouble is that the moratorium will be over this coming January. The co-op  owners are worried, and are looking at several different alternatives—including, possibly, a lawsuit. And they have some powerful people on their  side.

In-mid April of this year, the Presidents Council had a meeting at North Shore  Towers that attracted more than 900 co-op and condo owners. “People were enraged,” said attorney Geoff Mazel of Hankin & Mazel PLLC, the law firm that represents the group. “They showed up with no advertising, when being informed only by word of mouth  and by e-mail.”

So many people showed up, added Schreiber, that there was an overflow crowd and  the organization had to simulcast the proceedings in a movie theater on the  property.

Friedrich, who was also at the rally, said, “It was probably the largest gathering of co-op and condo owners in New York. We’re very angry about what’s going on with the Department of Finance and their fantasy numbers that bear no  semblance to reality.

“We want those numbers rolled back.”

New York City Comptroller John Liu has also gotten involved, thanks to  communications from Mazel and the President’s Council. The comptroller held a news conference on April 13 at Cryder Point,  to introduce his office’s audit, according to Matthew Sweeney, a spokesman for Comptroller Liu.  Apparently, if you believe the audit, high technology doesn’t always translate into something beneficial.

In the audit, Liu traced the high valuations to errors in a new “multi-million-dollar, over-budget computer system.” The comptroller also faulted the Department of Finance for not warning  homeowners (including co-op and condo unit owners) of the large increases, and  for a lack of communication, in general.

Assessed valuations have traditionally been made by comparing a property to  similar properties, but Liu’s audit found that the Department of Finance’s Computer Assisted Mass Appraisal (CAMA) system often chose “inappropriate values” to use as “comparables” to co-ops and condos. The value of one co-op in Brooklyn, the audit said, was  calculated by comparing it to a parking lot, while Finance compared a co-op in  Staten Island to an adult care facility.

The audit called on the city to re-evaluate properties that were over-valued or  under-valued; ensure the computer system chooses appropriate properties for  comparison; and notify the public of changes in assessment values.

The Department of Finance, in its response to the Comptroller’s audit, said it already ensures that the properties are valued properly and  does not agree that the properties were over-assessed or under-assessed simply  because there was a change in value from year to year. The department agreed,  however, that “continual improvement of the modeling criteria for selection of comparable  properties is appropriate.”

“The strategy of the Department of Finance is 100 percent in a defensive mode—it’s to deny, deny, deny,” said Mazel.

In part, the problem of these huge increases stems from the classification of  residential buildings, as contained in State Law 7000-A of 1981.One-, two- and  three-family houses are contained in “Class 1” and are capped at 6 percent yearly increases. Condos, however, are classed with  rental apartment buildings in “Class 2.”

The valuations of co-op and condo developments, as we’ve mentioned, are based on comparisons with those of similar rental buildings.  The comparisons, or “comps,” are typically made with recently sold properties in a neighborhood, and include  such variables as sale price, age of the building, size and square footage.

This year, there are two bills in the state Legislature to deal with the  problem. The aforementioned state Sen. Toby Stavisky has co-sponsored a bill  with state Sen. Tony Avella (D-Whitestone/Bayside/Little Neck) to reclassify  co-ops and condos as “Class 1-A,” which would give them the same cap protection as single-family homes. The bill  is S5118 in the Senate and A8118 in the Assembly, where it is sponsored by with  Assemblyman Michael Den Dekker (D-Elmhurst/Jackson Heights/Elmhurst).

Although there are similar bills by Assemblyman Edward Braunstein (D-Bayside)  and Assemblyman David Weprin (D-Little Neck), the President's Council has  endorsed the Stavisky-Avella-DenDekker bill.

Still, Schreiber fears that “the Senate and Assembly legislators in Albany will not allow any change to come  to the floor that doesn’t have the blessing of Mayor Bloomberg, and he’s been reluctant to support any of the legislation.” Another problem, he says, is that “without a Republican sponsor, this is probably not going to happen.”

When the controversy first broke out, a lawsuit was prepared but wasn’t filed, added Mazel, who has been representing co-op and condo boards for 20  years. Now, however, the Presidents Council is again contemplating filing a  lawsuit.

The co-op owners in Eastern Queens aren’t giving up without a fight. In addition to contesting the increases in the  public arena and in the media, they are also are sponsoring a letter writing  campaign to the mayor and public officials. Only time will tell if this tax  revolt achieves its stated objectives.