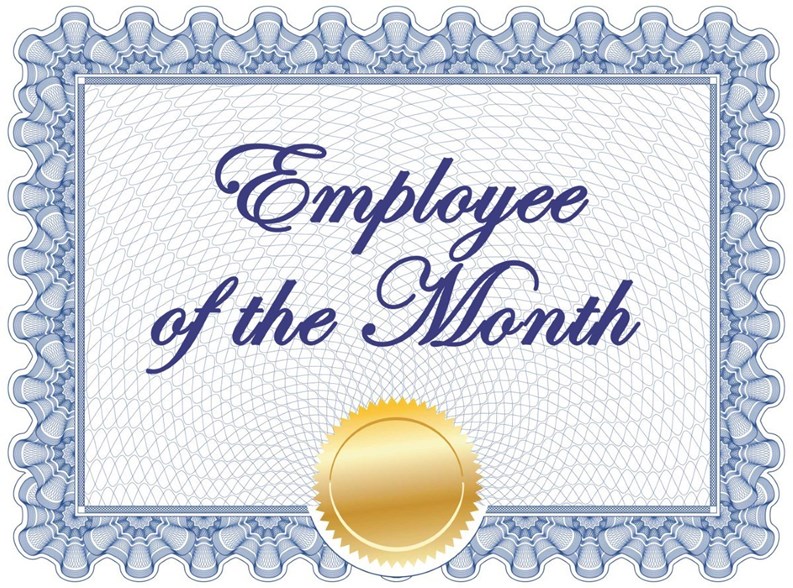 Lee Iacocca once said that if you want a sound company, “You start with good people, lay out the rules, communicate with your employees, motivate them and reward them. If you do all those things effectively, you can’t miss.”

Ideally, a property manager wants exactly what Iacocca built an empire around: an office filled with harmonious, hard-working, diligent and cooperative staff members. Unfortunately, even the most harmonious co-op or condo community is going to experience occasional friction between staff members or between the staff and management. Sometimes contentious situations may arise from personality conflicts, a matter of an employee’s improper conduct or his or her inability to fulfill the duties expected. Regardless of the origin, there are methods for dealing with these problems with a minimum of acrimony and disruption to building business.

According to Peter Grech, former president of the New York Superintendents Technical Association (NYSTA) and a building manager for over 25 years, gossiping and cutting corners are common problems among staff members. “They gossip about everything—each other, other tenants, and so forth,” says Grech. “[Certain employees], they cut corners or don’t do a thorough job—they mop, but don’t sweep, etc.”

At a previous job where Grech was resident manager, he was having difficulty with a 40-year-old porter who was partying too much at night and making a habit of coming in late to work. According to Grech, he tried everything he could think of to get the guy to get it together—to prevent him from losing his job. When all else failed, Grech had one more trick up his sleeve—he called the employee’s mother.

“I told his mom, ‘I’m about to fire your son because he’s late too many times,’” says Grech. “That straightened him up!” Later, the employee was promoted to head porter.

If a staff member like Grech’s wayward porter needs to be reprimanded or placed back on-track after an infraction or disagreement, it’s important that it be handled in the proper way. Grech followed the protocol for his building, which included talking to the employee and giving him another opportunity to fix his behavior, followed by a written warning when the behavior didn’t change. However, Grech saw potential in this employee and didn’t want to fire him, so he tried the mother trick.

“There’s lots of psychology in this job,” he says. “Every time I fire someone, I feel like it’s a failure on my part that I wasn’t able to turn that person around. I’ve fired many people in my time, but I’ve always tried to turn it around. The only thing I can’t salvage is when someone steals.”

To help prevent misunderstandings that can fester into bigger problems, Grech says that every manager should make sure they have a written job description of each staff member’s position, spelling out the duties and responsibilities it includes. “Not having that is one of the biggest mistakes a manager could make,” he says. “The employee might not know what they are doing is wrong—you may just need to show them how to do it right because perhaps nobody else did.”

According to Margie Russell of the New York Association of Realty Managers (NYARM), you can never be quite sure of the reasons for an employee’s behavior. They may be unhappy in their position, or maybe they’re having problems at home. Russell says that one common reason for staff problems is that staff members themselves don’t feel valued or acknowledged by building administrators.

“Often, their value is not recognized in the building as a whole,” says Russell. “Instead, they are valued and recognized for the pigeonholed service they are providing.” And that can lead to a feeling of being stifled or under-appreciated.

In most cases, when a parent disciplines a child, the punishment fits the crime, so to speak. A child who throws a toy might get a time out, but a child who steals or hurts another child might find him or herself grounded for some time. Comparing adult staff members to children isn’t necessarily appropriate—they’re grown people with training and important responsibilities, after all—but the general concept holds true for both cases; different problems call for different solutions. For example, consider Jim, a hypothetical member of the janitorial staff. Say he never really cleans out the trash bins very well. He makes an attempt, but they still smell, and residents are complaining. Grech says that sometimes you may just have to show an employee like Jim what he is doing wrong and give him time to correct the problem. Maybe the person who trained Jim failed to show him exactly how the bins should be cleaned.

Other problems are handled through the union. For example, say that two staff members—call them Steve and Andy—who work on the same daytime shift simply do not get along. They are constantly arguing, sometimes loudly, and the residents are starting to complain.

“More routine problems are handled within the context of the union,” says Phyllis Weisberg, an attorney with the law firm of Kurzman Karelsen & Frank, LLP in Manhattan. “A union rep comes to you to try and work it out. Sometimes the problem between staff members can be resolved by simply moving one employee to another shift.”

But for another fictional staffer—call her Mary—who is repeatedly late to work, especially on Monday mornings, discipline must be handled much differently than Jim’s. Perpetual lateness isn’t a problem to be taken lightly. It’s a common employee problem in the United States, which has been reported to cost U.S. businesses more than $3 billion each year, so it’s important to nip it in the bud.

“A lateness problem, for instance, can be handled by a manager by warning the member and asking a 32BJ representative to discuss the situation with the member,” says Nerzig. “The union rep can explain to the tardy member that their conduct negatively impacts their work colleagues and disrupts the workplace and therefore must cease. If the problem persists, it can result in further discipline and/or discharge.”

Nerzig says 32BJ representatives have positive labor management relationships with managers and regularly meet to discuss individual and collective workplace issues. Managers should contact the union before they take any disciplinary actions against staff members, and enlist their help to work the problem out and avoid having to formally discipline an employee.

An employee who uses drugs and alcohol on their own time may present a problem, but someone who does so while on the job represents not just danger to themselves, but a liability to the building community itself. This is especially important if the employee is using equipment, driving, or accessing rooftops or residents’ apartments. According to the Department of Labor’s Office of the Assistant Secretary for Policy (OASP) and the Occupational Safety and Health Administration (OSHA), substance abuse can compromise the quality of an employee’s performance. However, the abuse of drugs and alcohol may result in criminal activity as well as workplace accidents resulting in injuries or the lose of lives. Therefore, it is important to establish drug-free policies and principles, as supported by the OASP and OSHA, structured around supervisor and employee education, assistance, and drug testing

Say that Nicole has been working in your building for a few years, but over the last six months or so, you’ve noticed a marked change in her work habits and her appearance. You suspect drugs, alcohol or both. How do you know if your employee has a drug or alcohol problem? OASP asserts that the symptoms of drug and alcohol addiction are recognizable in the workplace. They identify the emotional signs of a possible addict as: “aggression, anxiety, burnout, depression and paranoia;” while the behavioral signs tend to include: “excessive talking, impaired coordination, an inability to sit still, irritability, a lack of energy, limited attention span, poor motivation, slow reaction time and slowed or slurred speech.” Physical signs such as the smell of alcohol, excessive sweating and weight loss are more obvious, but it is also important to be observant of “missed appointments, excessive absences and repeated mistakes.”

Alcohol and drug abuse are problems that need to be dealt with immediately and through the proper channels—this isn’t one to try and tackle internally, say the experts. “A member with a substance abuse problem is an entirely different matter and should be referred to a union representative and strongly encouraged to utilize the various programs available through the 32BJ Health Fund,” says Nerzig.

Progressive disciplinary action was, and probably still is, the buzzword that management use when dealing with issues of negative employee conduct. It’s what Grech used earlier when he was dealing with his wayward porter—he warned the porter verbally, then gave a written warning, then suspension, etc. Grech finds, however, that calling this type of solution ‘disciplinary’ is negative, so he calls it “progressive corrective action.”

“It all boils down to the fact that we want to correct an employee’s habit,” says Grech. “When you are ‘disciplining’ an employee, that’s a different mindset. It’s considered a punishment and most people resist punishment. Instead, we simply want to correct someone who’s not doing something right or who’s not following the rules.”

While you’re waiting for an employee to correct a negative behavior, Russell advises management to expect good overall behavior. “Immediately you still have to expect a base minimum behavior from the employee,” she says. “You have to approach it in a three-pronged way. First, the behavior must change immediately. Second, you must give the employee positive reinforcement, and third, you must start working on the underlying cause of the problem.”

Grech also believes that before any manager terminates an employee, he should ask himself if he’s treated this person fairly and equally and given them every opportunity to cure or overcome whatever issue or issues brought the situation to such a head in the first place.

“Never fire or suspend someone on the same day,” says Grech. “Depending on how strong you feel, sleep on the action and see if you still feel the same way tomorrow.”

The only time that Grech, and other managers say they will immediately terminate an employee is in cases of outright theft. “That goes straight to termination,” he says. The bottom line is that, except for theft, your employee deserves several opportunities to correct the problem and get their job back on track. By following your building’s own rules for corrective action, everybody gets a fair shake, and the chance to turn things around—and maybe even exceed expectations.