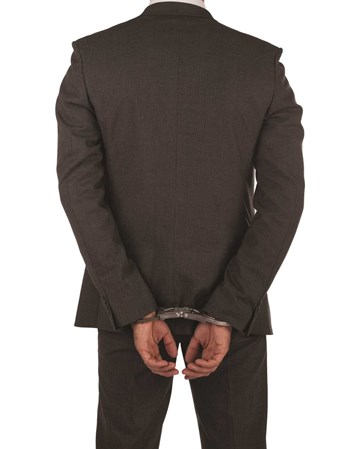 One of the biggest problems that can cause the downfall of any co-op or condo is a lack of funds, or more specifically, not enough money to keep operations running smoothly and to make the necessary repairs to keep everything up to par.

These financial firestorms may happen when a co-op or condo development has a long-running squabble with the building sponsor/developer, is faced with a disproportionate number of sublets and rental tenants, falls victim to a major unexpected, ill-prepared-for repair project, or are the unhappy victims of fraud.

If there’s no money in the reserve fund, a lack of equity to borrow from to make repairs or not enough people able to pay high special assessments, the building will be in serious trouble—falling into bankruptcy or worse.

When it comes to money, whether it’s a household budget or a multimillion dollar co-op or condo budget, honesty is always the best policy. This is especially true in being honest with oneself and maintaining a realistic perspective on the bottom line.

The most common cause for financial distress “is people not being realistic about budgets,” says Gary S. Adler, CPA, a partner with Bass & Lemer LLP, a full-service accounting, tax and business-consulting firm with offices in New York and West Hempstead.

Some boards, Adler says, “don’t want to raise maintenance fees. They want to keep costs low but fuel prices may go up. There may be unexpected repairs or insurance costs go up. They’ll take money out of reserves or borrow and now there’s a balance sheet that looks weak. Suddenly shareholders are in an uproar, asking ‘what do you mean special assessment or maintenance increase?’ ”

For good financial health “you need a realistic budget, first of all,” says Jayson Prisand, CPA, a partner at Prisand, Mellina, Unterlack & Co., LLP, a certified public accounting firm located in Plainview, New York. “You have to be doing what’s necessary to maintain and operate a building—preventative maintenance, putting through necessary increases to operate.”

It is doubly important not to be tempted into painting a brighter picture for residents than may actually exist. “I heard a board president who once stated at a meeting that as long as he was president, there would never be fee increases,” Prisand says. “You don’t want that. There are always sudden things that can happen.” And being prepared for those things may be the only way to avoid a slide into financial distress months or even years down the road.

Stephen Boonshoft, a partner at the Manhattan-based law firm of Robinson Brog Leinwand Greene Genovese & Gluck, P.C., agrees. “A lot of times, boards say we don’t want to raise maintenance but if you don’t keep up, a co-op won’t be able to maintain itself as a business, and a co-op is a business. Oil costs go up, insurance and wages go up—if you keep fees the same, if you don’t raise revenue, then you’ve got a problem,” he says.

“Costs may go up six percent. We don’t necessarily need to raise fees six percent but we need to have a plan. It may be an assessment, which is a less desirable way to do it. Or buildings can get new mortgages and refinance at a lower interest rate. There are many things that can be done if people don’t put their heads in the sand,” Boonshoft says.

In a stable situation, the board should be meeting on a monthly basis and going over their management report. They should be doing a comparison between actual income and expenses versus the projected budget and looking for trends. “If they are seeing accounts payable increasing and cash decreasing, they should be asking why is this happening,” says Prisand. “Typically these things happen gradually.” And there should be plenty of time to pull out of the tailspin if there are board members, managers and financial advisors asking questions and looking ahead proactively, he says.

One root cause of financial distress could be too many residents or shareholders who may be in arrears in their maintenance payments, Boonshoft adds. “If you have 12 units and three are behind, that’s 25 percent of your building,” he says. In a 200-unit building where three or four percent of residents may be in arrears, that is not such a blow to the budget’s revenue line.

Buildings with commercial income may find it gone, should they suddenly lose a tenant. “A commercial space could become vacant or be in arrears,” says Boonshoft. “That is a potential issue, though not that common.”

In the past, problems also arose when sponsors had too many units and could not rent them all or were not getting enough in rent in order to pay their share of fees, meaning the building would eventually find itself wallowing in red ink. This occurred with unsettling frequency in the 1980s and 1990s, but, says Boonshoft, it is far less common now due to changes brought about by the attorney general.

Another source of trouble can be unexpected shocks to the system, such as the events that happened when Hurricane Sandy hit the East Coast in October 2012. “A lot of the expenses were covered by insurance but not all of it,” says Prisand. “It took a lot of time for buildings to get reimbursed and a lot of work is still ongoing.”

Hurricane Sandy was perhaps the largest example of how unexpected events can occur—from a blown boiler to a flood in the basement—and cause a severe cash flow crunch. Knowing that unpredictable things can happen to the best of buildings, it is important to plan for the unexpected.

“In an ideal world, the operating budget is sufficient to cover operating expenses—but maybe the plumbing needs extra repairs and the building needs money,” Prisand says. “Two to three months’ worth (of extra operating funds) is a good rule of thumb as an operational reserve fund.”

Financial breakdowns can occur suddenly, as in the case of unexpected catastrophes like Hurricane Sandy, but there are things one can look out for. “There should be warning signs,” says Boonshoft. “If people are careful in looking, they can see them.” That includes looking for unusual fluctuations in the normal order of things.

“Both the board and the managing agent should be watching cash flow, and boards should always verify what the managing agent tells them,” says attorney Steven Troup, a partner at the law firm of Tarter, Krinsky & Drogin, LLP in Manhattan. “Repair and maintenance issues should be addressed immediately and forcefully, so that assessments may be made, maintenance increased, and/or lines of credit arranged.”

And sometimes, even, you have to watch out for the manager itself. Recently, a major executive of a Manhattan real estate firm was arrested and charged with grand larceny for stealing from one of the company’s clients. Alan Gorelick, the executive vice president of Saparn Realty and a member of the Real Estate Board of New York, was charged in Manhattan Supreme Court with one count of larceny and nine counts of possessing a forged instrument. He is accused of stealing more than $600,000 from the Harway Terrace Mitchell-Lama co-op at 2475 West 16th Street in Brooklyn, which his firm managed from 2001 to 2011. Gorelick pled guilty and is expected to get 3.5 to 10 years in prison when sentenced on September 15. When the news of the theft surfaced earlier this year, some buildings initiated a policy to have the financial records and bank statements sent directly to the board president or the board’s treasurer rather than just to the management firm.

Climbing Out of the Hole

It is important to begin pursuing solutions sooner rather than later to avoid the most dire results of a monetary tailspin. Worst-case scenarios can include “mortgage foreclosure, bankruptcy, unending litigation—all of which usually comes with greatly added, unbudgeted expenses,” says Troup.

Buildings with unhealthy balance sheets may dig their holes deeper by becoming unattractive prospects for potential buyers or shareholders—individuals who do not want to run the risk of a major assessment or maintenance fee increase a year or two after they move in.

Once a problem has been identified, boards, management and their financial advisors can begin to put their heads together and find solutions. “It takes knowledgeable people to look at the numbers, understand what’s going on, plan to remedy it and share and sell that plan to shareholders,” says Boonshoft. “You need the shareholders on board because they’re the ones who are going to be paying the extra freight.”

And, you also need to figure out what the source of the trouble is, says Prisand. “Are the current bills getting paid? Make sure you are continuing to pay your existing vendors or renegotiate with them because you need them to continue doing their work and providing their services. You don’t want building to fall into disrepair, which then affects ownership values.”

“You have to start with the expense side,” adds Prisand. “What does it take to run the building? What are the available sources of income? Among residents, what can they afford?”

In buildings where the average resident has greater wealth, it may be easier to request a fee increase or levy a special assessment. That may be more difficult and hit harder in buildings with people living paycheck-to-paycheck or with seniors living on a fixed income.

“When an issue arises, deal with it in short order,” says Troup. “Don’t let (problems) linger so that an angry unit owner doesn’t start a litigation that should or could have been avoided. Keep egos out of the analysis. This can be handled very quickly or over a reasonable period of time. Good communication between the board and unit owners on emergency financial issues is crucial.”

A healthy bottom line “is all about proper planning and proactivity,” says Prisand. “You have to be realistic. We’ve always advised clients that it’s never a bad idea to put in cost of living increases every year, rather than one big 10 to 15 percent increase after several years of no increases. That’s a big shock.”

Right now, buildings should be planning for a possible shock to their financial system in the years to come. One of those issues surrounds the fact that currently, a large number of buildings have 10-year, low-interest mortgages. “When they have to refinance, what’s going to happen?” says Adler. “I’m not saying to panic, but three or so years before mortgage comes due, boards should start letting people know that their underlying mortgage may go from four percent interest to seven percent and we may have to raise your fees.”

Thankfully, as frightening as the prospect of financial insecurity may be, it occurs far less now than in years past. “People face their problems much more now than at the beginning of the co-op boom,” says Boonshoft. “I can’t remember the last time I had to say ‘this building doesn’t look financially sound.’ ”

The important thing is to “keep people informed,” says Adler. If it is the case that maintenance fees are the bulk of the revenue generated for the co-op or condo, then let residents or shareholders know it. Explain that this is the reason fees need to go up. As long as they know the facts and reasons behind a change, Adler says, “People will complain but they will understand.”