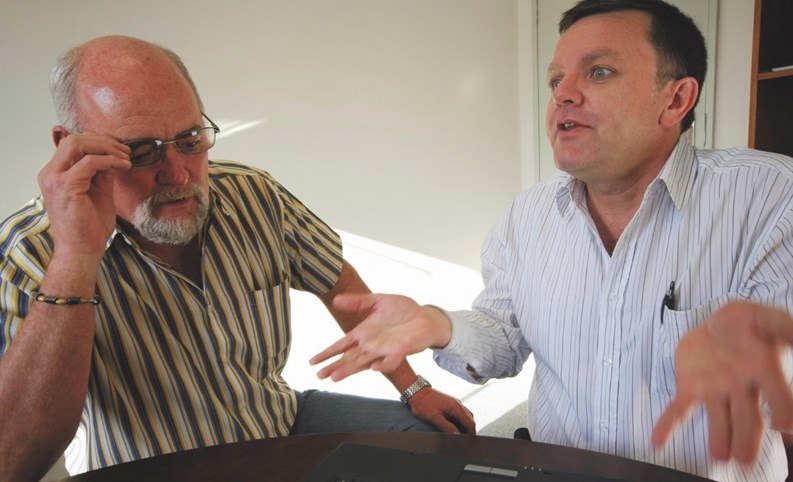 Shareholders often find themselves “butting heads” with the board of directors at the co-op buildings in which they live. Often  the disputes, which arise are disagreements over a shareholder’s personal agenda, and a board not allowing them to proceed forward with their  plans.

The common subjects of these disputes often involve anything and everything  having to do with renovations. A shareholder may want to undertake an extensive  renovation, and the board may not approve of all or part of what is being  proposed. Often this involves the concept of “wet over dry” construction, where shareholders want to change the layout of their apartments,  by repositioning their kitchens or bathrooms (“wet” areas) over another shareholder’s bedroom or living-room (“dry” areas). In other words, these renovations would result in the installation of plumbing  in locations where none had previously been placed—above a living space dry area, rather than over other wet areas of the unit  below. This can and often does lead to much controversy and subsequently, often  to litigation.

Another example would be in situations where shareholders want to plan for  extensive gardens equipped with plumbing on their terraces or penthouses. The  plans they present to the board may not be approved “as is,” and this can also lead to controversy. While there are many other possible  examples of board-shareholder disputes, which can involve completely different  topics—such as home equity loans, generally, the standard of review in most disputes  involving co-op boards is considered to be the “business judgment rule.” The business judgment doctrine “bars judicial inquiry into actions of corporate directors, taken in good faith  and in the exercise of honest judgment in the lawful and legitimate furtherance  of corporation purposes.” Levandusky v. One Fifth Avenue, Apt. Corp., 75 N.Y.2d 530, 538 (1990); Auerbach  v. Bennett, 47 N.Y.2d 619 (1979).

However, most proprietary leases have provisions stating that the board’s consent to such alterations cannot be “unreasonably” withheld. Therefore, the “reasonableness” of the board’s refusal to consent to the proposed alterations is subject to review by the  court. The general standard is that if the board’s action or decision is not arbitrary or capricious, and bears some relationship  to the legitimate purposes of the cooperative corporation, then it is not  unreasonable as a matter of law. On a practical level, once a shareholder has  sued the board of directors, there will be depositions and discovery in order  to determine what may or may not have been “reasonable” activity or due diligence by the board of directors. Thus, the co-op’s policy on banning wet-over-dry construction will likely be upheld if it was  imposed after the careful consideration of any sound advice provided by  professionals.

Shareholders will often try to show that the board went about the  decision-making process in the “wrong” way. The shareholders will have their own experts and try to create a “battle of the experts.” However, if the decision by the board was not arbitrary and capricious, that  type of argument will not likely prevail.

If you consider that the functional purpose of a cooperative corporation is  described, by some as “to provide safe, trouble-free premises to its shareholders” or for “ the care, cleanliness, safety, and general good order of the building,” then it is hard to contradict the board’s decision-making process.

The board could then argue that the possibility of water damage was a legitimate  concern of the building. The court will also look at the impact of the board  action challenged upon the respective parties. This analysis is similar to an equity court’s balancing of the relative hardships among the parties when considering a  motion for injunctive relief. Thus, the court would look at the hardship of not having a second bathroom or a  new kitchen in a different location versus the shareholders in the building  being exposed to water leaks. The board wanting to preserve the status quo is a persuasive argument. Boards are reluctant to establish new precedents.

What the board may or may not have to do to show their “due diligence” is open to debate. In other words they might have to show that they consulted with an expert with  knowledge of wet over dry construction or an engineer concerning weight loads  on the terrace. Merely consulting with the corporation’s general attorney may not be enough. Older buildings with original hot and cold water supply lines and delicate  copper tubing and brass piping will be more likely to prevail in such cases,  since the board can argue that the effects of aging and stress from  construction may result in cracks and water leaks. Heavy plants on terraces and  penthouses can result in blocked drains or damage to tiles, which may result in  water damage.

I have worked with boards of directors and shareholders as legal counsel on  these issues, and I can say that it is a “process.” Both sides need to be open to changing the plans from what may have been  originally proposed. If a shareholder takes the position “I won’t let the board tell me what I can and cannot do,” then litigation will surely follow. However, if the board and its professionals  can offer less intrusive suggestions, a workable compromise may be reached and  both sides will then have a “win-win situation.”

C. Jaye Berger, Esq., is a principal of the Law Offices C. Jaye Berger, and a  real estate attorney that specializes in construction-related litigation and  issues pertaining to co-ops and condos.