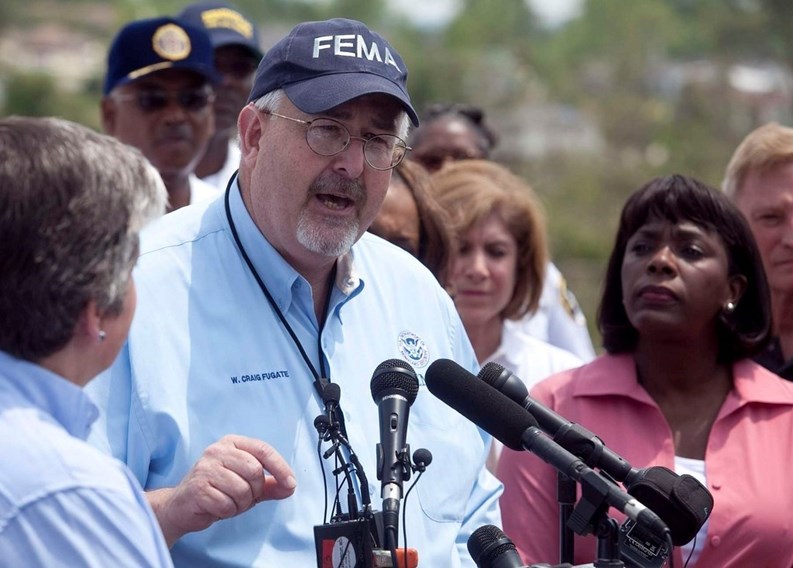 While natural disasters have impacted the United States for countless decades—from The Great San Francisco Earthquake of 1906 to 2005’s Hurricane Katrina—these catastrophic events are seemingly occurring with a more severe frequency.  For New York and New Jersey residents, 2012’s Superstorm Sandy was the largest and most damaging event in recent history.

In cases as serious and far-reaching as Sandy, federal and state entities often  work together to better ascertain the needs of impacted residents.

When the worst is realized from a storm event, FEMA is the one government entity  that can offer direct, comprehensive aid.

“If it is determined that the damage is beyond their recovery capability, the  governor will normally send a request letter to the president, directed through  the regional director of the appropriate FEMA region,” says Howard J. Perl, a senior attorney with the Florida-based Katzman Garfinkel  & Berger. “The president then makes the decision whether or not to declare a major disaster  or emergency,” adds Perl, who is well-versed in the FEMA application process.

Superstorm Sandy is being blamed for roughly $42 billion in damage and other  losses in New York. Hitting two days shy of Halloween, Sandy is the  second-costliest storm in U.S. history after 2005’s Hurricane Katrina. Suffice to say, thousands of New Yorkers were displaced,  and thousands are still trying to mend damages to their homes and property. In  an effort to assist in recovery and restoration, more than $985.6 million was  approved by FEMA to go toward individuals and households, as of June 25, 2013.  Of that amount, $843.3 million went toward housing assistance and $142.3  million went toward other needs. A total of 117,177 applications for individual  assistance were approved. More than $3.4 billion in National Flood Insurance  Program payments were made to policy holders, and more than $1.4 billion in SBA  disaster loans have been approved for homeowners, renters and businesses.

But what happens when FEMA, the seemingly light-at-the-end-of the-tunnel-type  entity can't assist you? That's the daunting position many association managers  and homeowners have found themselves in.

Although condo and co-op owners were eligible to receive aid from FEMA and  federal assistance for victims of natural disasters, the associations  themselves were not because they are considered business entities under FEMA's  policy.

“Associations are not currently eligible for FEMA grants. However, associations  are generally eligible for Small Business Administration (SBA) low interest  loans,” says Perl. “In regard to individual owners, if the home or its contents were damaged and the  owner has insurance, he or she must to work through their insurance claim first  and provide FEMA with a decision letter settlement or denial from the insurance  company.”

This technicality left buildings affected by the Sandy scrambling to raise  sufficient funds to repair communal spaces such as lobbies. Tim Stapleton,  senior property manager of NAI Long Island, which services Long Island and the  five boroughs, like many other property managers, understands the frustration  of scrounging for other financial assistance (while avoiding having to pass  assessments) after being shut out of the possibility of FEMA assistance.

“We have four buildings on Shore Road in Long Beach and all four suffered pretty  extensive damage to their lower levels,” Stapleton recounts. “Three of the four buildings, their lower levels are below grade. All four  buildings had power, heat, hot water all knocked out. The boiler rooms were  pretty much devastated under eight feet of water. “We have been able to restore all the basic services using reserve fund money and  insurance proceeds, but there is other work to be done that is really on hold  right now. Replacement of emergency generators, some things are luxury items,  such as replacement of gyms and equipment, mitigation work that we'd like to  do, some cosmetics such as redecorating of lobbies, things like that,” Stapleton says.

Until Gov. Andrew Cuomo and the U.S. Department of Housing and Urban Development (HUD) announced the approval of New  York State's Disaster Recovery Action Plan, managers believed that low-interest  loans via SBA were the only route to take.

The “Disaster Relief Appropriations Act, 2013,” (Public Law 113-2), which accounts for $16 billion in Community Development  Block Grant Disaster Recovery (CDBG-DR) funds to aid areas affected by  Hurricane Sandy, was signed into law by President Barrack Obama on January 29. “Action Plan A,” the first set of the relief money, which aims to provide $1.77 billion worth of  federal grants and loans to New Yorkers in need, was approved by HUD on April  26th.

Owners of rental properties, co-ops, and condos with five units or more, owners  of three- to four-unit buildings that are not owner-occupied, and all owners of  multi-family buildings, rentals, cooperatives, or condominiums that are located  in the five boroughs of New York City and that have suffered damage from  Hurricane Sandy will qualify for assistance to rebuild, rehabilitate, and, in  the case of buildings with substantial damage, mitigate against future losses  to comply with local building and zoning codes as adjusted to address future  flood risk, according to Adam Glantz, the public affairs officer of HUD’s Region II office in Manhattan. The program aims to aid buildings that require  assistance to restore basic habitability—so while luxuries like clubhouses do not fit the bill—communal areas suffering from severe damage will be helped.

“We applied for SBA loans,” Stapleton continues, “which is a very burdensome process which, quite frankly, when the possibility of  these HUD grants came out, we put the SBA loan on hold.”

Applying for a HUD grant wasn't any less painless, Stapleton says. And one  should not get their hopes up either. Because grants are strictly need-based,  associations must prove their worthiness and the fact that they have unmet  needs.

“And at the end of the day, it's our feeling that they're going to take into  account any loans that we may have been eligible for, whether or not we took  advantage of them. So we may be penalized by the fact that we were eligible to  get loans, whether we got them or not. In other words, it seems that they are  only trying to give grants for unmet needs and when they say unmet, that means  there's no other way you can cover these costs.”

Just like the recovery process of a building pummeled by a natural disaster, any  city or state struck by such a disaster must restore itself from the foundation  up. New York, known for its resilience, has done just that.

More than $1.5 billion in public assistance funds were approved in order to help  reimburse, local, state and tribal governments, as well as private non-profits,  according to according to a June 20th FEMA press release, The awards will help  assist in the repairing or rebuilding public facilities and debris removal.

On May 24th, Gov. Cuomo announced a campaign with MTA Long Island Rail Road, the  City of Long Beach and local businesses to promote tourism for Long Island  businesses and communities that were impacted by Superstorm Sandy, just in time  for summer. The campaign offers offers a 26 percent discount on LIRR fairs and  beach admission, along with local merchant discounts.

“We want everyone to know that, despite the damage we faced from Superstorm  Sandy, Long Island’s summer destinations are back and better than ever,” Cuomo is quoted as saying in the press release. “New York State has unparalleled assets when it comes to tourism and we want to  take full advantage of that to help the areas of Long Island that are still  recovering from Sandy. This LIRR Long Beach package is a great opportunity for  Long Island, and a great attraction for New York’s tourists.”

While the aforementioned FEMA relief funds and push to restore tourism in  Sandy-affected cities will surely help survivors rebuild their lives and  businesses, victims are still trying to mend the mental and emotional damage  residing from the natural disaster. Gov. Cuomo announced on June 14th that FEMA  has awarded an extra $39 million in recovery funds to aid in crisis counseling  for survivors of Sandy through Project Hope. The program, which has provided  mental and emotional help to more than 170,000 New Yorkers, has received $58  million in total from FEMA.

"Following Superstorm Sandy six months ago, the damage to New York was not only  the devastation left behind but also the emotional and mental health toll it  took on many individuals," Cuomo says in a press release. "Project Hope was  there to meet the vital need of over 170,000 people who needed help and with  this additional funding, we will continue our deep commitment to help New  Yorkers cope with the tragedy that is still fresh in their minds."

Enjolie Esteve is an editorial assistant at The Cooperator. Freelance writer  W.B. King contributed to this article.