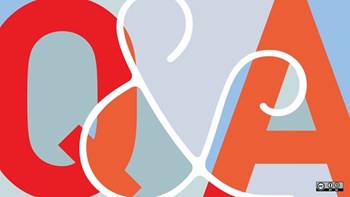 Q. I’ve been noticing that there is heavy traffic of people that come and go to a particular cooperative apartment near mine in Flushing. I’m assuming that there is alleged gambling going on with card games, basically every day and definitely on the weekends. These occurrences, needless to say, present a great problem for the building security personnel, and for the residents as well. Many of these transient visitors to the apartment in question are often intoxicated, and it presents an unsafe living environment for the other owners and their families residing in the building. With whom should this type of complaint be filed? How does a board or non-board member call or write to address this? What can be done to protect the people that want to live and deserve to live in a safe and comfortable environment?

A. “Cooperative apartment corporations often confront situations where a particular shareholder’s behavior is offensive to others in the building,” says Margery N. Weinstein, an attorney and a partner in the Manhattan-based law firm of Ganfer & Shore, LLP.  “Sometimes such offensive behavior is so intolerable and disruptive that it affects or endangers the day to day life of other building residents.  Occasionally, when more moderate measures fail, a cooperative board must take legal action in order to protect its other unit owners from a specific shareholder’s objectionable conduct.

“We will first address what the questioner should do in order to notify the cooperative board of perceived offensive behavior.  Second, we will discuss the various measures available to cooperative boards to alleviate offensive/illegal behavior in their buildings and to provide a safe and comfortable environment for their owners.

“Initially, the questioner should call the building’s managing agent about his or her concerns. Reporting the behavior to the building management in this way will alleviate the need for the questioner to confront the shareholder directly. The managing agent should either investigate the situation itself or ask its on-site building staff to do so.  Typically, the managing agent will then have a conversation with the offending shareholder to better understand what has occurred. This conversation ought to have the effect of putting the offending shareholder “on notice” that the management is watching him and his guests.

“The managing agent should also alert the board, especially if the shareholder’s behavior is either particularly disruptive to the building or if such behavior persists after the initial contact with the managing agent.

“Despite the managing agent’s initial verbal reprimand, the offensive behavior may continue.  The second step would be for the questioner to send a letter to the cooperative board (c/o its managing agent, if applicable) that contains specific details backing up his complaint. While an email could suffice, I recommend a letter sent via certified U.S. Mail, return receipt requested; this should have more impact.

“The questioner should attempt to document details of the illicit activities that tie the offensive conduct directly to the shareholder in order to create an effective notice to the co-operative board of the offending shareholder’s actions. The questioner should attempt to create a log as to the date, time and place of each incident that he actually witnesses, such as when intoxicated persons entered/exited the shareholder’s apartment and the dates and times that he witnessed extraordinary foot traffic in and out of that apartment. A letter that merely complains that “intoxicated people are gambling in 5F,” for instance, could be quickly dismissed by a board, but a letter with specifics as to the offensive conduct will give the letter writer credibility and should help the board understand the need to take appropriate measures against the 5F shareholder.  If the building has a doorman/superintendent, the management’s and board’s abilities to gather further evidence to evaluate the letter writer’s complaint will be relatively easy, but even without a doorman it is possible.

“Of course, at any time, if the questioner witnesses actual illegal activities, especially those that endanger persons or property, he can always file a police report.

What are the “appropriate measures” available to a co-op board? The governing documents of most cooperative apartment corporations (commonly the Proprietary Lease, bylaws and “house rules”) typically contain provisions that prohibit objectionable conduct by a shareholder.  Under these governing documents, a cooperative board typically has the power to terminate a tenancy and evict a shareholder for his or his guests/invitees’ chronic “unconscionable behavior.”

“Other than for life-threatening or illegal activities engaged in by shareholders which would, obviously, require extraordinary, emergency measures, I typically advise a stepped approach when a co-op board confronts a disruptive shareholder. Initially, there should be conversations between the shareholder and the managing agent, as previously noted.

“The next step should be a letter to the shareholder from the managing agent which, if there is no change in behavior, should be followed by a letter from the building’s counsel; these letters may ask to have the shareholder meet with the board, and they may also contain warnings that if the offending conduct does not cease, the shareholder may be subjected to fines or legal fees. Lastly, most cooperative boards have the authority under their governing documents to commence legal action. These would include seeking an injunction against the offending behavior and, following careful board deliberation, seeking to terminate the shareholder’s tenancy and to cancel his stock and lease for chronic “objectionable conduct.”