Do not show again [X]
By Andrew Amorosi, PE   2009 Oct Board Operations 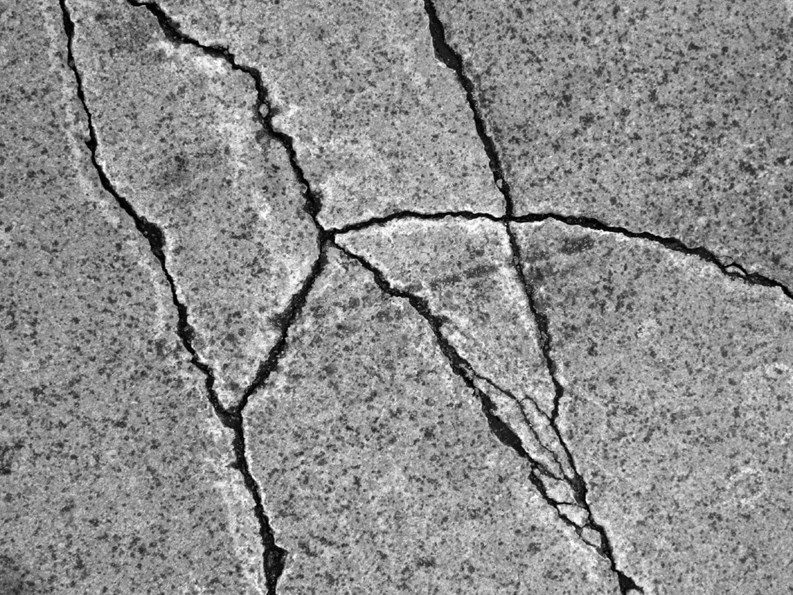 At first glance, concrete obviously seems like a very dense material. In reality however, it absorbs water, behaving more like a sponge. This can easily be observed on a summer day. Pour water on a sidewalk, and you can actually watch the water penetrate and be absorbed by the surface of the concrete. This isn’t a bad sign; quality concrete should contain air voids, and should be somewhat absorbent—but it does underline the importance of caring for your concrete properly to avoid problems when it comes to ice and snow.

In regions where freeze-thaw cycles can be severe—such as here in the Northeast—concrete surfaces may show flaking and chipping damage known as spalling, or scaling, where the thin top layer pops off the concrete, revealing the underlying aggregate material. Preventing spalling and scaling begins with the proper installation and finishing of the concrete.

Concrete for sidewalks should have a minimum compressive strength of 4,000 pounds per square-inch (with higher strength and/or reinforcement for driveways), and should have proper air entrainment as well. Air entrainment refers to tiny voids left in the material to allow for the expansion and contraction of the freeze-thaw process. Six percent air entrainment is common in this region of the country. Non-air entrained concrete will not have these voids, and as a result can spall or scale much more easily.

In addition to the use of strong, air-entrained concrete, concrete installation should require a level, stable, and well-compacted sub-base with good drainage under the slab. An allowance for thermal movement, contraction and subsequent expansion can be made by providing joints of adequate spacing and depth. Sawed or tooled contraction joints should be a minimum of one-fourth the depth of the slab. Grades in the immediate area of the slabs should be set such that surface water is carried away from the slab and the concrete is not continually saturated with moisture.

The placement and finishing of concrete is critical to its longevity and durability. The top surface of the concrete can be severely weakened by poor workmanship, and surface failures such as spalling can be traced to workmanship deficiencies. Sometimes workers add water to concrete at the jobsite, using it as a finishing aid or improperly “floating” the mix. The cement is the element of concrete that binds the various materials together, and diluting the amount of cement at the surface of the concrete weakens the material.

It’s also vital that all finishing operations be performed at the proper time. Finishing operations should never be performed when free-standing water is present on the surface of the concrete. It’s important to provide adequate curing conditions by retaining or supplying moisture (and heat in cold weather) for a sufficient length of time. Inadequate curing will prevent the concrete from realizing its full strength and durability potential. To resist the freeze/thaw cycle of water, it’s vital that the concrete surface be strong. Deicers and certain salts can damage concrete, so if concrete spalls or scales after the winter and deicers were not used, it is likely due to a problem with the mix or the finishing process.

Generally, all deicers work in the same way. They depress the freezing point of ice or snow and turn the mixture into a liquid or slush. Salts cut through ice or snow and form a saltwater, or brine solution. This brine spreads under the ice or hard-packed snow and breaks its bond to the concrete surface. Once loose, the ice or snow can be easily removed by mechanical means. In many cases, associations may apply the material in anticipation of ice or snow. This prevents the precipitation from bonding to the surface in the first place by melting the snow or ice as it comes in contact with the brine.

While deicers serve a purpose and are widely used by buildings and HOAs, they are often harmful to concrete surfaces—particularly lower grades of concrete, or more freshly poured surfaces. The briny water produced by deicers is absorbed by the air pockets in the concrete, and when the water re-freezes, the resulting ice crystals expand, literally exploding the concrete. Over time, the result can be the spalling and scaling discussed above.

Some of this damage is unavoidable, but much of it can be prevented. During a paved surface’s first winter, deicers should not be used on the concrete, as the surface may still be curing, thus containing excess water and fewer voids to allow for expansion and contraction. The additional absorption of water from the freeze/thaw cycle may be just enough to cause a problem. Even when the concrete has cured, depending upon the mix, a reaction may take place when rock salt is used, resulting in damage. Damage to plants can occur from excessive use of deicing products as well, so care should be taken when applying any product to your paved surfaces.

There are many deicing products on the market—some more effective and less damaging than others. The first measure of a deicer’s effectiveness is the range of temperatures in which it can provide deicing action in a reasonable time period. The lowest temperature limits for these materials is defined as effective if it melts the ice within 15 to 20 minutes of application.

Calcium Chloride is typically sold in small pellets. This material is more costly than rock salt, but the damage to concrete is less severe because it works at much lower temperatures, minimizing the freeze/thaw cycle. Calcium Chloride is harmful to plants and trees as well, so it’s important to take care when applying it around your HOA’s landscaping elements.

Potassium Chloride is much like Calcium Chloride and about the same cost. The difference is it’s only less damaging to concrete. This material can also harm plants and metals (although less then the other materials) so care should be used when distributing it.

It should also be noted that some commercial de-icing compounds contain ammonium nitrite, nitrate or sulfate (which are fertilizers). You should never use these deicing compounds since there is a moderate to rapid chemical reaction between these chemicals and almost all concrete.

The combination of strength and air in a concrete surface is a good defense against deicer and salt damage. Concrete that is ordered, placed, finished, and cured properly can resist years of contact with deicers, and even rock salt. Of course, plain sand can always be used as an alternative. It won’t melt the snow and ice, but it will provide better traction.

Some older communities looking to avoid the expense of replacing their concrete walkways turn to a coating or sealing approach. Be careful of sealing concrete with surface coatings that minimize or eliminate the possibility of water being absorbed by the concrete. Some of the coatings contain salines and siloxanes. These ingredients allow the clear coatings to “breathe.” This is an acceptable coating, but is effective only if applied correctly. Avoid using products that contain silicone or paraffin. These can produce a surface film that does not allow the concrete to breathe. Concrete typically absorbs water from the adjacent or subsurface soil. The water migrates through the concrete and eventually evaporates. However, if a film is present to trap the water at the surface, spalling may be the result during a freeze.

Concrete is a durable, hearty material, but it’s not maintenance free. It’s especially important to care for your paved surfaces when the weather is bad and temperatures drop below freezing. With a conscientious maintenance program, your association’s sidewalks, footpaths, and parking areas will be solid and sound for years to come. 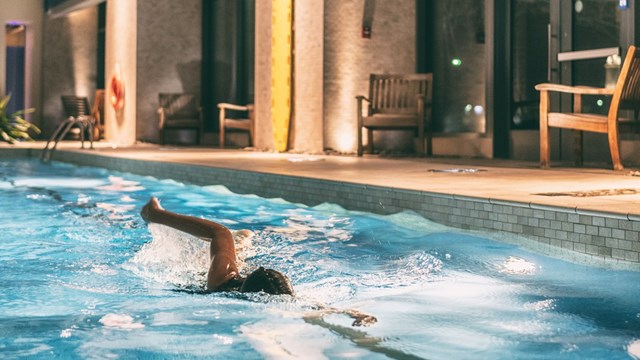