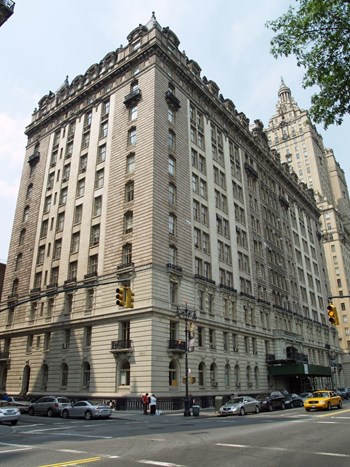 While recent decades have seen the rise of glass-and-steel as architects'  favorite materials for new construction, the bulk of New York City's facades  remain clad in brick. From last-century red-brick tenement buildings in the  Village to 1950s-era white brick high-rises on the Upper East Side, brick is  everywhere. And there’s even one commercial building in Manhattan’s Wall Street clad in blue-glazed bricks.

Caring for your brick facade is part and parcel of your building's overall  maintenance plan—and it's also the law, thanks to legislation like Local Law 11, which mandate  inspections and safety measures for the city's facades, including bricks.

“Brick has been used for thousands of years and there’s nothing more stable,” say Bob Turzilli, president of architectural sales at Belden Tri-State Building  Materials in New York.

According to the Mason Contractors Association, brick is man's oldest  manufactured product. Sun-baked clay bricks were used in the construction of  buildings more than 6,000 years ago. In order to prevent distortion and  cracking, chopped straw and grass were added to the mixture. Today, brick is  composed of shale and clay that’s baked or “fired” until it’s hardened. The standard brick size is 2 1/2 x 3 3/4 x 8 inches. “Approximately 75 to 80 percent of buildings in New York City are brick or brick  masonry,” says Andrew Bardolf of DNA Contracting & Waterproofing in New York City.

“The most common brick is literally called ‘common’ brick,” says Michael Yates of Yates Restoration in the Bronx. “Common brick is the standard reddish-colored clay brick that has been used in  our area for centuries, and the one with which people are most familiar. It can  be hand-made, machine-made, or made using forms. It’s inexpensive and can be used on the exterior or buildings as a finish brick, or  it can be used as a back-up material behind a more expensive or aesthetically  pleasing architectural brick.”

Aside from the most common brick-red, different clays produce different brick  colors, and, according to the Brick Industry Association, various natural  coatings, such as sand and limestone, can be added during the firing process to  produce different colors, effects, textures and finishes. “You’ll see red brick, light brick and even a combination of both, to complicate the  issue,” says Turzilli.

Red and red flashed brick were the original bricks used in the early co-ops,  apartment buildings and homes built in the 1860s to present time explains  Suellen DeFrancis of Suellen DeFrancis Design Associates, Inc., in Scarsdale. “In the 1960s buildings there was a brief period where white, flat brick was  used. This is now commonly known as “Oh, those white brick buildings.”

Today, newer buildings are still constructed using brick, but it’s not used as often as it was years ago. “Historically, there was a high usage of brick work in the city, but about five  years ago, there’s been more of a push for metal and glass,” says Benita Welch, AIA, principal of Gerner Kronick & Valcarel, Architects, PC in Manhattan.

Today about 40 percent of New York City’s buildings are clad in brick, as opposed to limestone or brownstone, according  to Cal Soni, a project manager with Futura Builders Group in Jamaica, Queens.

But although it is aesthetically pleasing, brick wasn’t just used as a building material because it looked pretty. Brick is a strong  building material that never rots, never gets eaten by termites, and never  tears. It also is a great energy-efficient building material, which in the cold  New York winters is more then welcome.

Brick traps heat, which means that your home stays cool in the summer and warm  in the winter. “Unfortunately there’s been a real struggle for metal and glass buildings to achieve the same energy  compliance that brick has,” says Welch.

Exterior bricks are actually anchored to the building on a concrete shelf, so  the bottom bricks aren't forced to support the entire weight of the building,  says Yates. “The facades of older, lower buildings may be load-bearing; that is, the layers  of brick are not only used to keep out the environment but actually support the  floor beams of the roof and floors as well. The walls are several bricks thick,  usually thicker at the bottom than at the top in order to provide stability and  strength. In this case, rather than being anchored, the walls are actually held  in place by gravity, the mortar between the bricks, and the lateral stability  provided by the beams, floors and adjacent wall sections. The mortar, says  Soni, which is made of gypsum, sand, water and lime, hardens and adheres to the  clay in the bricks.

The primary function of the brick in most modern buildings is to keep out the  exterior environment and to provide an aesthetically pleasing façade. These walls are anchored to a structural concrete or steel frame that  supports the floors and roof as well as the walls. The brick walls are anchored  to the frame with steel clips, reinforcing rods or structural sections, or with  precast concrete members.”

In New York City, buildings must be built with an “SW,” or severe weather, grade brick, so it can withstand the variations of  temperatures in the Northeast, or what’s called the freeze/thaw cycle. As solid as brick looks, water can actually  penetrate it through hairline cracks between the brick and the mortar. As the  weather gets colder this water freezes. Since water expands when it freezes, it  puts a lot of pressure on the brick and can eventually crack it. The water  thaws and moves on. Now the next bit of water come in and fills that same  crack, freezes and expands again, cracking the brick a little more. So the next  time, more water comes in and so on, and so on.

“Behind that brick wall is a cavity wall, which was developed to reduce the  problems associated with the penetration of water,” explains Turzilli.

The water that seeps through the brick now has a place to go without even making  the inside wall wet. According to the Masonry Advisory Council, flashing, or  the placing of a thin layer of waterproof material that keeps water from  getting into places it doesn't belong, at recommended locations then diverts  this moisture back to the outside of the building through ‘weepholes.’ “That’s how the structural quality and the aesthetics of the brick stay intact,” says Turzilli. “If the water can’t get out, it could cause problems.”

Absent those issues, Yates says that brick itself can last from 50 to 200 years,  and mortar can hold up from 25 to 40 years. “Since the mortar generally goes first,” says Yates, “periodically repointing the façade in order to prolong the life of the entire façade assembly should be considered a maintenance priority. “ With proper maintenance, the life span of a brick facade is anywhere from 40 to  50 years, explains Soni.

Given the environmental factors arrayed against your brick facade, it’s vitally important to keep as vigilant an eye on the outside of your building  as you do the inside. In New York City, Local Law 11 requires one periodic  inspection every five years of building facades on buildings higher than six  stories. An owner must retain a professional to inspect the façade and submit a report to the Department of Buildings (DOB) about its  condition. The inspection must be done by a licensed engineer or architect  retained by the owner of the property. Whenever an architect or engineer learns  that there is an unsafe condition he must notify the owner and the DOB  immediately so it is repaired.

“Your professional should look for cracks, shifts or bulging, any masonry failure  that could show a structural steel problem underneath,” says Bardolf. “The best thing that your building super can do on a regular basis is to inspect  the façade too—but leave the repairs to professionals.”

For example, one might assume that a building with cracked bricks just needs to  have some bricks replaced. A professional, however, may see something entirely  different. “Yes, the brick is cracked, but the reason could be that there is movement and  something going on behind that wall to make that wall move,” says Turzilli.

Although New York City can kick up dirt, grease and grime onto the colorful  brick, it’s not necessarily something that’s going to damage the underlying material. “It’s more of an aesthetic thing,” says Turzilli. “But the problem is that if you want to clean it, there is a proper way. We have  people who either use the wrong materials to wash down the building or use the  right material, but incorrectly. Certain products are to be used on red brick  and others are to be used on lighter colored brick. The wrong one can create a  scumming effect on the brick. It’s also important to know what the brick is made of. If it’s finished with sand, for example, a power washer could blow the face off.”

Regardless, it's important to remember to keep any weepholes clean therefore  allowing the moisture to drain out of the wall. Mortar also requires some  maintenance since it’s less durable than brick. It can be ‘repointed’ or chipped out and repacked with new mortar.

Bricks that are cracked leave no alternative but to rebuild the damaged area and  to chop out and replace the individual bricks. When repairing a wall, The  Partnership for Advancing Technology in Housing (PATH) recommends choosing  bricks and mortar that are similar to the existing product. Bricks can be  replaced by removing the mortar around it, dislodging the brick and cleaning  the cavity. New mortar can be added and the brick replaced.

There is a great deal of debate on the subject in the industry, but some brick  experts recommend a chemical coating or sealant to prevent water from getting  into the brick. This could be a film that covers the surface of the brick but  it unfortunately keeps moisture in as well as keeping it out. PATH also says  that penetrants penetrate the surface and coat the brick pores, making them  water-repellent. Penetrants are translucent, and allow the brick to breathe. As  a result, they would be beneficial in cold, moist climates, or on chimneys and  parapets where they are exposed to harsh conditions.

Whatever the kind of brick cladding your building, proper maintenance and care  are vital to keep it looking its best and performing to its maximum potential.  With help from experienced, reputable exterior maintenance professionals, as  well as guidance from a competent managing agent, your building's brick can  look brand-new for decades to come.

Lisa Iannucci is a freelance writer, author and a frequent contributor to The  Cooperator. Editorial Assistant David Chiu contributed to this article. 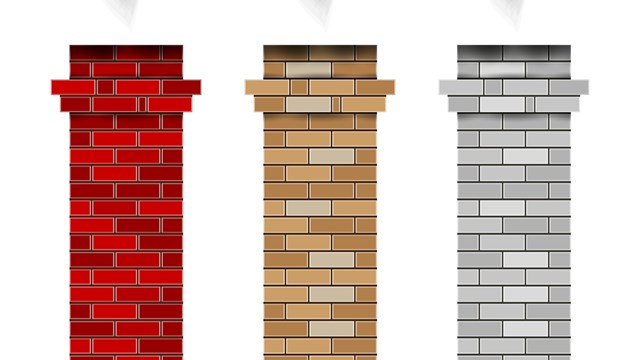