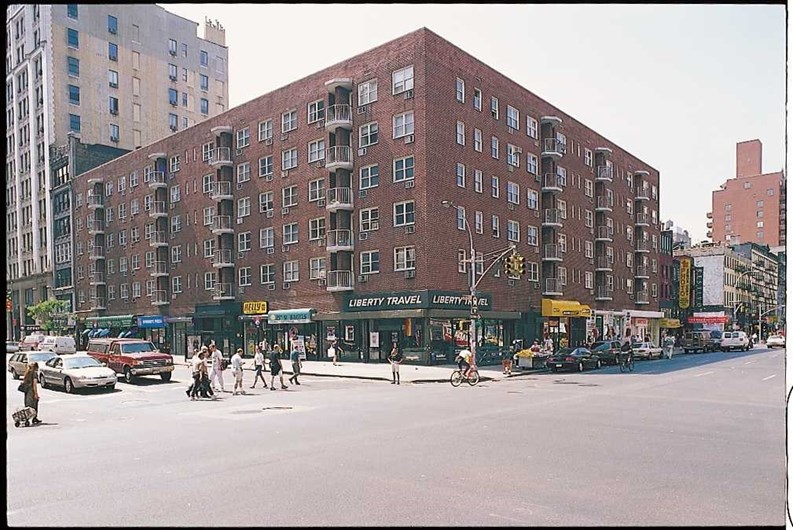 As many readers are by now aware, a rule that proved a hindrance to the operations of many co-ops in New York was drastically altered in December of last year--and the changes are having far-reaching effects on the city's co-op communities.

The rule was the so-called “80/20 rule,” and according to Charles H. Baller, a co-op tax specialist with Manhattan-based law firm Wolf Haldenstein Adler Freeman & Herz LLP, it separated a co-op’s income streams into “good” and “bad.” “Good” income was anything that was “‘derived from tenant-shareholders’”—like maintenance fees, flip taxes, assessments—and “bad” income was everything else: rent from commercial tenants, and says Baller, “taxable interest income received by the co-op corporation, income from the sale of property owned by the co-op corporation, etc.”

“The concept of good or bad income was applied for purposes of determining compliance with the old 80/20 test under Section 216 of the Internal Revenue Code (IRC),” says Baller. Under the law, if bad income represented more than 20 percent of a building’s total annual income, the building forfeited its status as a cooperative corporation under Section 216 for that year, and lost valuable tax benefits. “Of course, from a marketing point of view for the building, it would also be a complete disaster,” says Baller.

According to Manhattan-based real estate attorney Michelle Freudenberger, the origin of the 80/20 rule, part of Section 216 of the Internal Revenue Code, was passed in 1942. It was part of an overall law that was actually advantageous, since it allowed co-op shareholders to take advantage of the same deductions for real estate taxes and mortgage interest as other homeowners. However, almost everyone involved agrees that as things evolved over the years, the 80/20 rule became an albatross around the neck of the co-op community. Many co-ops had to rent their very valuable retail space at a discount in order to stay on the right side of the rule, a state of affairs that Manhattan-based attorney Andrew P. Brucker of Schechter & Brucker PC describes as “extremely inequitable.”

Eventually, Congressman Charles Rangel, one of the most respected members of the New York congressional delegation, helped to get the rule changed, in the form of an amendment to the “Mortgage Forgiveness Debt Relief Act of 2007,” a law related to the country’s ongoing lending crisis.

Instead of one qualifying rule for co-op income, the 80/20 rule, there are now three rules, and a co-op only has to qualify under one of the three in order to retain both its non-resident income and its cooperative corporation status and tax perks:

Clearly, the last two rules are much easier for co-ops to comply with than the first. The bottom line is that, effectively, now co-ops won’t be forced to choose between higher commercial rents and tax benefits for resident shareholders. Many real estate analysts have predicted that this will mean a rise in popularity for co-ops, making them more competitive with condos; and that co-op boards now will have more money with which to provide better services to their shareholders.

How Will It Change Things?

So, now that the new rule is in place, will it be easier for co-ops to increase rent for their commercial tenants to market levels, including retail stores and garages?

Definitely. “In one co-op we represent,” says Brucker, “we have seen a funny set of events take place. The garage owner, who has paid a discounted rental due to 80/20, when hearing that his rent would be increased, shrugged his shoulders and said he would charge his customers more. And since most of his customers were people who lived in the building, it would all wash out in the end.” But whether or not raising rents to market value always happens depends on whom you talk to.

“If a building doesn’t want a restaurant [as a tenant], then a change in the 80/20 rule won’t change that philosophy,” says Brooklyn-based attorney Lawrence F. DiGiovanna.

“Most co-ops don’t like bars, restaurants, fast-food establishments, messenger services, etc., and the change will not affect that at all,” agrees Brucker.

One thing that seems certain, according to Freudenberger, is that “The mom-and-pop stores which had benefited from the below-market rents charged by the co-ops under the prior version of the law will not be able to compete with the chain stores that are able to pay the market rents. The co-ops will prefer to lease their commercial spaces to the CVS’s and the Duane Reades.”

A Word on Patronage

Another issue raised by the 80/20 revisions is that of what’s referred to among accountants as “patronage” or “non-patronage” income. According to Baller, patronage and non-patronage income are not to be confused with “good” or “bad” income where residential co-ops are concerned.

“These are totally different concepts, and apply for completely different reasons,” says Baller. “Patronage income is income from an item that is related or connected to the patronage use—which is the use of the co-op’s apartments as dwellings. It doesn’t matter as to what the source of the income is or was, but only the application of the above definition. Therefore, contrary to the ‘good’ and ‘bad’ income concept, commercial rental income on property owned by the co-op, sales of such commercial space, the sale of adjacent property useable by the co-op for recreational space, the sale of air rights, and other items that relate in some reasonable manner to the tenant-stockholders’ use of the dwelling, constitute patronage income.”

Why the distinction? According to Baller, the concept is very important to determine whether or not the co-op will end up paying a corporate income tax. “Generally,” says Baller, “co-op corporations do not have net income, because expenses and depreciation on the property generally exceed its gross income. Now, because of the new Form 1120C, on which patronage and non-patronage income have to be clearly stated, co-op bookkeepers are more closely scrutinizing the application of the rule that patronage losses…should only be deductible and applied against patronage income, but not against non-patronage income.”

Therefore,” says Baller, “the issue of whether commercial income, sale of asset income, etc., constitute patronage income or not becomes very important in determining whether corporate tax is eliminated.”

Finally, will the new rule impact different parts of the city equally—for example, co-ops in Manahttan vs. co-ops in the outer boroughs? Once again, it depends on who you talk to.

For her part, Freudenberger believes that co-ops in the outer boroughs will not benefit from the amendments as much as Manhattan co-ops. This, she says, is for the simple reasons that most co-ops in the outer boroughs do not have significant commercial space, although many do have garages (whose higher costs, as we’ve mentioned, would likely now be passed on to the shareholders who rent the garage spaces).

Brucker believes that several scenarios are possible. The change might help Manhattan co-ops more because the typical commercial rents that could be charged are higher in Manhattan than in Queens. On the other hand, he says, “There are probably bigger buildings in Manhattan, so the change might actually help Queens more. The truth is that there is no way to generalize. And let us not forget, there are hundreds, perhaps even thousands, that have no commercial space at all,” Brucker adds.

The new rule hasn’t been in effect for that long, and Brucker, for one, says that many questions will arise as more buildings begin to weigh the impact of the change on their own individual situations. Among the issues he foresees are how to count the space of the boiler room under the new square-footage formula (assuming that the boiler helps the commercial tenant as well as the shareholders); how to handle heating expenses under the 90/10 expense formula, since the heating bill goes to both the shareholders and commercial tenants; or whether a roof’s square footage would be counted as property that is maintained for the benefit of the shareholders (this might depend on whether there is a roof garden or relaxation area or whether the roof is closed).

According to Baller, the first step in determining how the new criteria will affect your building’s financial profile is to see whether your building passes either the new square footage test or the new expenditures test—both of which your legal and financial advisors can navigate you through.

“If one of those tests applies, then the old 80/20 gross income test need not apply, which means that the co-op corporation can now have unlimited amounts of what was otherwise considered bad income, without disqualifying the cooperative status.

If the square footage test is passed, or the expenditure test is passed, the co-op corporation can now seek to have the highest possible level of rental income on any commercial space that it may own. “In order to do that,” says Baller, “the next step would be to review any outstanding leases on commercial space the co-op has, including any such space that may have been leased or master leased to a subsidiary corporation. In the past, those leases, whether with a subsidiary corporation or an outside tenant, probably would have had a formula clause that restricted the rent to the lower level needed to comply with the 80/20 test. The review should determine whether, to what extent, and for how long, that restrictive provision continues to apply, and whether the wording means that the restriction might not now apply in light of the current law.”

These are all issues that have to be dealt with, and we are sure that appropriate legal and financial experts can offer boards and managers their learned advice on these matters. In general, however, co-op boards can now breathe a sigh of relief that a problem that vexed them for more than 60 years has now been ameliorated.