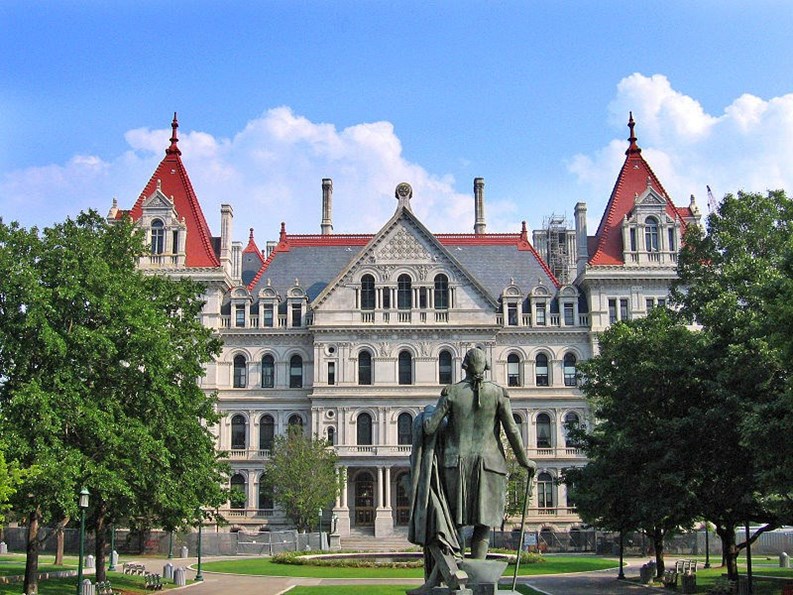 Following on the sweeping -- and controversial -- Housing Stability and Tenant Protection Act of 2019, the New York state legislature has proposed a bill that some fear could have disastrous implications for residential real estate across New York. Senate Bill S.2892-B seeks to prevent evictions ‘without good cause’—a laudable intention on its face, but critics of the Act say that the language in the bill is both broad and vague, and implies that co-ops, condos, and apartment building owners will face daunting limitations to their operational procedures and income, should it pass.

Stuart M. Saft, a real estate attorney and partner at Manhattan-based firm Holland & Knight tells The Cooperator that the bill would prohibit landlords and owners of  housing accommodations from evicting a tenant or occupant unless good cause for the eviction can be demonstrated in a court of law. “Good cause” does not include eviction for nonpayment of rent if the court finds there has been an “unreasonable rent increase,” which is presumed to be anything more than 3% or 1.5 times the increase in the consumer price index. In 2019 that figure was 2.5% for housing in New York City.

Importantly, the term “housing accommodation” as described in the bill applies to any residential premises—including condos, co-ops, and even hotels—except those already protected from market-driven increases under rent stabilization or rent control and, perhaps surprisingly, one- to three-family dwellings. Further, an “occupant” does not necessarily have to have a lease agreement with the property owner; under the Act, an owner would have to prove good cause for eviction, even if a resident is occupying the space illegally and/or not paying rent.

Much like the proposed commercial rent stabilization legislation over the last couple of years, the bill also requires lease renewals to be offered to all tenants, in this case “at a not unreasonable rent increase.” If a landlord fails to do so, the occupant could remain in the space without paying for it—even if their lease has expired -- or, according to Saft, even if there never was a lease to begin with.

The bill does consider a tenant’s refusal to give their landlord access for necessary repairs or improvements as “good cause” for eviction of that tenant—but leaves it up to a court to decide what constitutes a “necessary” repair. Therefore, says Saft, if a landlord or owner cannot prove to a court that a repair or improvement requiring access to a unit is necessary, then the occupant could not only prevent the owner from entering the apartment to make those repairs or improvements, but also “could obtain an injunction stopping a nonpayment, objectionable tenancy, or holdover proceeding for years while a judge determines if there is good cause for the eviction.”

Critics of the bill claim that enacting this legislation will just add to the ever-increasing requirements—and accompanying costs—of owning and operating a residential building in New York City. Saft points out that real estate taxes alone have led to average annual maintenance and common charge increases in the city that far exceed the 3% limit that the legislation would impose. Add to that the $4 billion projected costs for the Climate Mobilization Act, as well as the as-yet-untallied cost of the increased facade inspection and improvement (Local Law 97/FISP) rules that went into effect last month, and some industry watchers are predicting that co-ops, condos, apartment buildings, and hotels all over the city and state will be unable to keep up with operating costs.

Access to individual units may be necessary in some cases for buildings to be in compliance with both the Climate Mobilization Act and FISP changes; failing to do so can result in stiff penalties. Critics of the Act argue that if a building owner is mired in the court system trying to prove the necessity of accessing a tenant’s unit to install Local Law 97-compliant heating controls, that owner could be hit from three sides: losing rent from a non-paying resident; mounting legal bills from trying to prove the necessity of accessing the apartment; and costly carbon penalties that keep adding up as the owner fights an uphill battle just to comply with the law.

With the world’s attention being focused on COVID-19 and its financial and societal implications, Senate Bill S.2892-B might not be on the forefront of everyone’s minds. But Saft predicts that “As soon as we get used to the new reality, then that’ll change, and somebody will start paying attention to it.” Perhaps that ‘somebody’ will be the owners and shareholders of apartments and multifamily buildings in New York, concerned about the impact this legislation could have on the value of their properties, and on the real estate industry as a whole.

“Unlike the Housing Security and Tenant Protection Act—which nobody saw or really knew what was in it until it was enacted—this time we’ve seen [the bill] and read it, so we know what’s in it,” cautions Saft. “As long as the legislators don’t decide to sneak it through in June of 2020 before the recess, if it goes through and we’ve sat back and done nothing, it’s really our fault.”